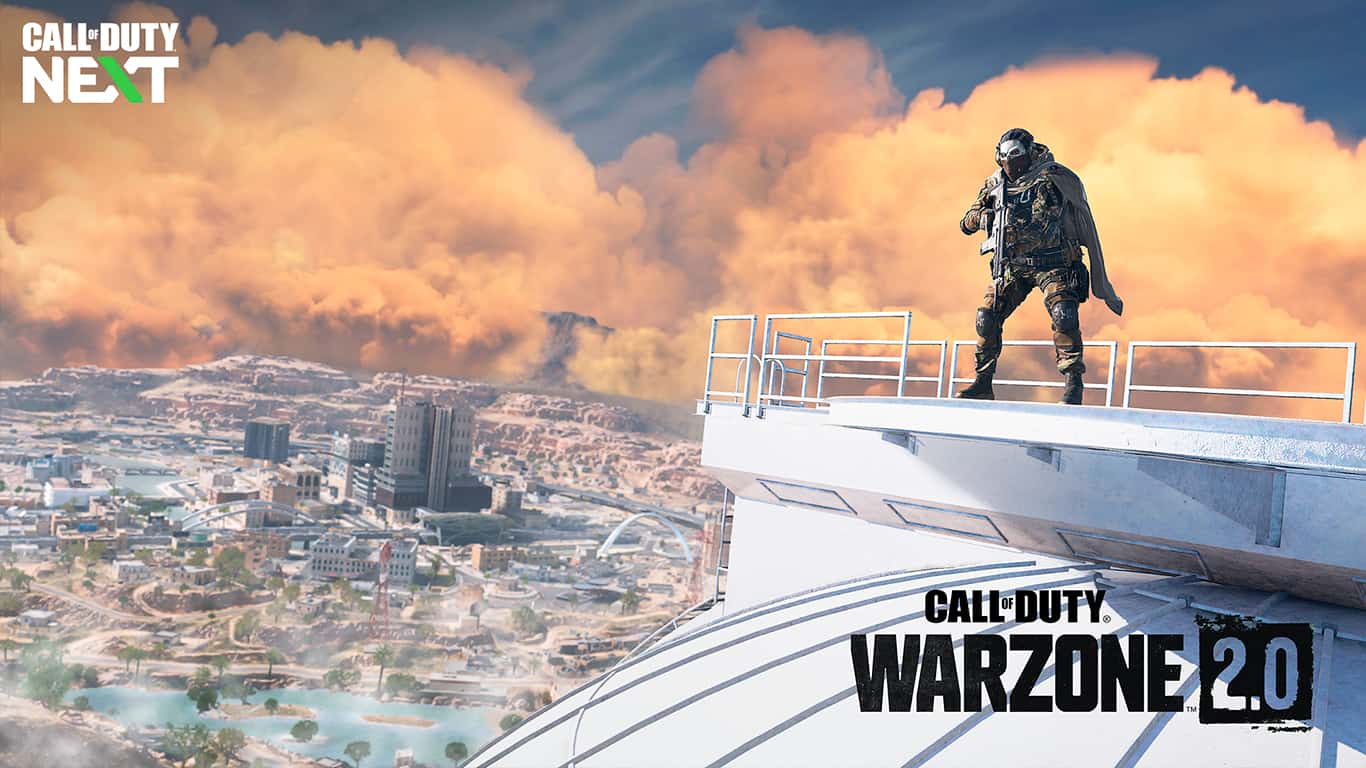 Blizzard revealed quite a bit about Call of Duty: Warzone 2.0, including a new map, new vehicles, and gameplay at the Call of Duty: Next event.

Al Mazrah! was a collaboration built by multiple developers and studios. This immense map will have you drop into coastal towns, depots, the desert, rocky peaks, subterranean spaces, industrial rivers, and an entire city.

You will be able to battle and explore the map by land, air, and sea. The environment incorporates rivers, lakes, and even part of the ocean. These environments create new challenges and opportunities for you tactically plan your next move.

In addition to over a dozen new vehicles, you will have to be on the lookout for gas as all vehicles in the game will eventually run out of fuel.

The in-game store, The Shop, will allow you to buy and upgrade equipment and weapons. The safe zone may split into multiple Circles throughout the match, recovering into a single Circle as the match nears the end.

Blizzard also announced AI combatants and Strongholds in Call of Duty: Warzone 2.0. It will be your choice to engage with AI combatants but they will be formidable foes. Strongholds are locations with a high concentration of enemies dotted around the map.

These Strongholds will utilize innovative features and locked doors to test your tactics.

While Blizzard announced a new passion project, DMZ, not much is known about it. Expect more news about DMZ when it drops alongside Call of Duty: Warzone 2.0.

Among Us VR Is Now Available to Play on Meta Quest