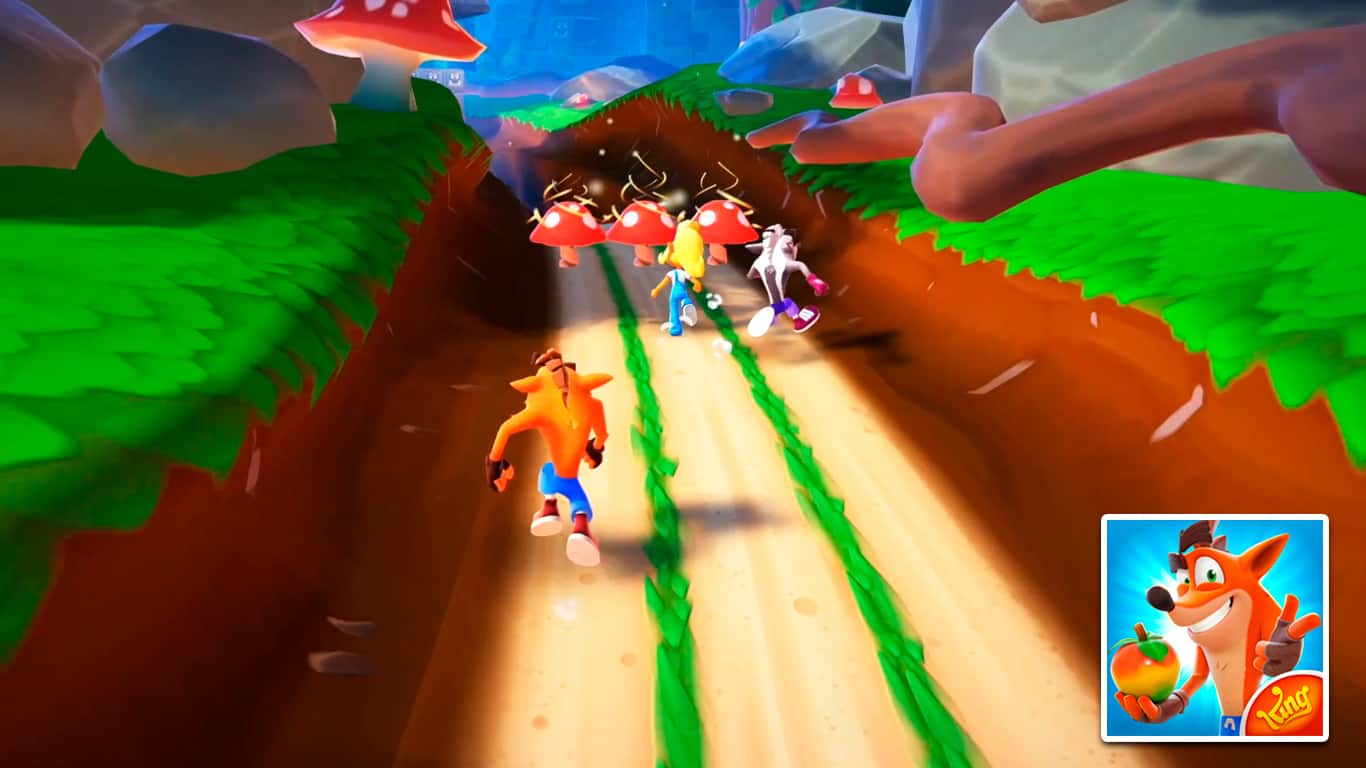 From the age of the first PlayStation comes a familiar icon, Crash Bandicoot.

From the makers of Candy Crush, a worldwide famous mobile game, the two have come together to make Crash Bandicoot: On The Run.

Developed by King Games, this On The Run styled game will take players through a multiverse of epic proportions!

But, to start your journey, let’s go over the basics, and a few tips and tricks, to get a feel for the game and how to best proceed through the levels.

Crash Bandicoot: On the Run! is available on both Google Play and the App Store.

To begin, let’s start at the home base

This is your central hub, and while it’s not where you’ll be spending the most time, it is critically important in the beginning.

As you might have noticed, you don’t have much to work with, but that’ll change as you play the game.

The central part of your base is the Mission Computer, and here, you’ll select the mission you want to go on, and where you’ll unlock the later parts of the game.

Keep in mind, in order to unlock some missions, you’ll need to solve prerequisites.

Or, to put it another way, you have to put in the legwork before you can get to the high-end goods.

The prerequisites in question are usually just items that can be collected by repeating missions.

An example would be Nitro Bombs, in which you need to beat the boss at the end of a stage.

Speaking of Bombs, the Nitro Lab is where you get them in the first place.

In addition, this is also where you’ll spend most of your time developing materials for your base.

In the beginning, you’ll only have one slot to create material, but it will increase should you upgrade it via materials and Purple Crystals.

In the beginning, you’ll only have a single lab, but you can get more by earning Power Gems to place them throughout your base.

In order to get those ingredients, you’re going to have to go on a run.

Thankfully, like most auto-runners, you don’t have to make Crash or Coco do the running.

You just have to watch out for traps and obstacles.

On one of the unlocked islands, there are going to be random missions you can choose from.

From there, you should try to get into the habit of collecting whatever ingredient you can find as you progress through the level.

Ideally, you should do this while material is being developed in the lab. It’s kind of a cycle.

You collect the ingredients so the lab can develop better material, which you can then use to upgrade your base.

But, to get those ingredients, you need to go on runs.

And then, once you unlock higher grade runs, you’ll get better ingredients so you can get better material.

Aku Aku also has a means of getting the goods, and that’s by completing his quests.

Be it tickets, gems, crystals. They’re always on hand for you to do.

And, hey, if you’re going to be doing all those runs, then it never hurts to pick up some extra goods on the way.

Another thing that you should probably do, save your crystals for something you want.

I know that it is tempting to spend what you have so you can get your feet off the ground, but patience is a virtue, and those crystals are probably best spent on slots for your labs.

I mean, if you want more stuff, then it only makes sense to get more machines that can create that stuff in the first place.

That and your crystals are, in fact, the premium currency.

That means they’re the most valuable, so you need to wise about what you want.

So, much like MMOs, there are teams you can join to help you gain trophies.

When that option becomes available, do so as quickly as you can. Join an open team, or make one yourself.

By doing so, you’ll be helping your team out, and you’ll get more trophies in the process.

And you’re also increasing your skill at the game, which isn’t a bad thing.

That said, be sure to take breaks when you can. It is just a game, after all.

So, let’s talk about what actions you can do to help you progress through those levels.

You have the basic jump, which, surprise, is for jumping over obstacles and enemies.

Then you have the slide, made for going under walls.

And, of course, the secret, or just extra, move the slam attack.

Jump up into the air, then swipe your finger down to slam the ground under you.

Don’t worry though, you won’t slow down, and you’ll keep sliding ahead.

It is useful for rapid movement, especially when you jumped a bit too early.

Like any other game, it is important that you keep calm and don’t panic during a run.

I know it can be hectic with a lot of moving parts, but just take it easy at first.

The most vital thing a beginner can do is just get used to the flow of the game.

How Crash and Coco move, and learn the visual and audio cues for runs.

To do this, the only method is practice, and as stated before, the best way to get that practice is to go on survival runs.

There is also a way to purchase gems and crystals via the in-game store, but be aware that it will cost real money.

You are now ready to take on the world of Crash Bandicoot: On the Run!