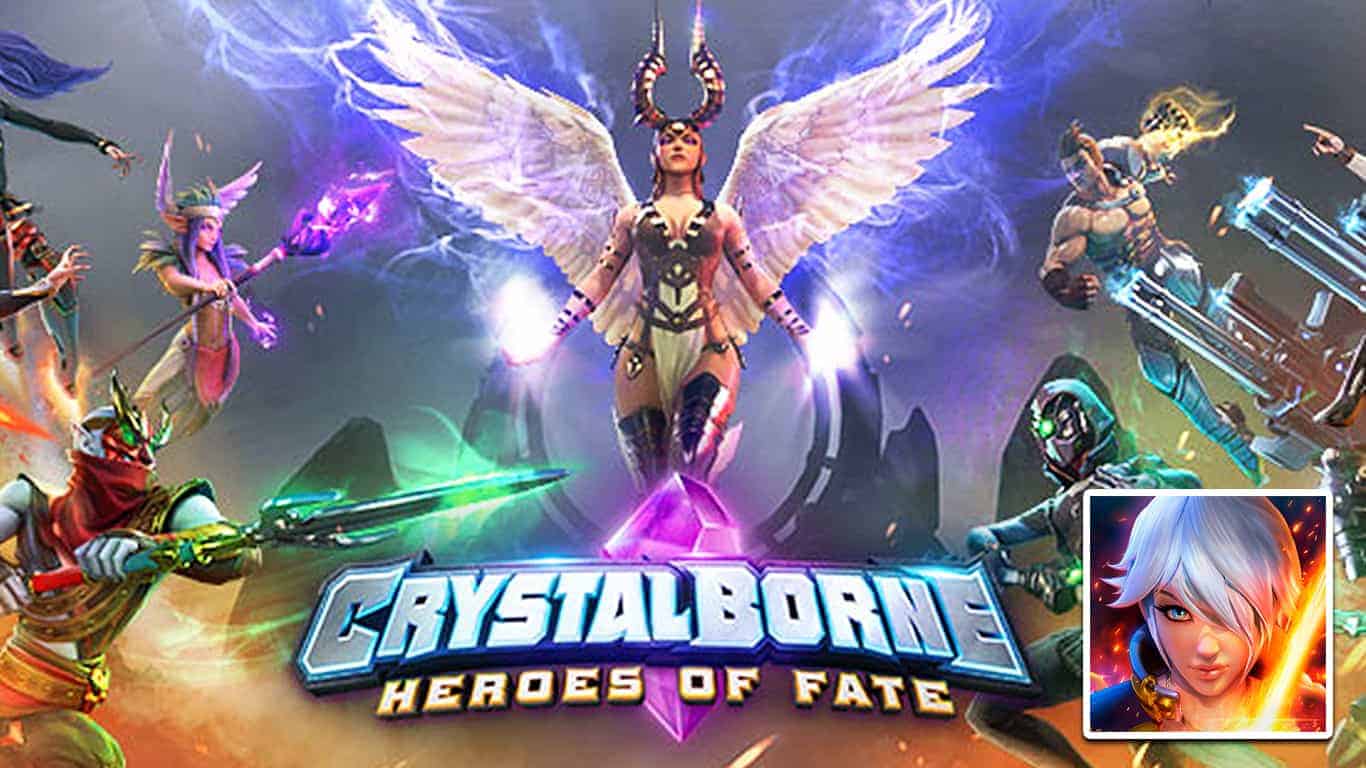 Crystalborne: Heroes of Fate features more than 100 unique heroes for you to summon and bring onto your team.

With so many heroes, it’s difficult to know which ones are worth upgrading and using for the long term.

Because of this, we’ve created this tier list ranking the best heroes in Crystalborne to give you an overview of the power and usability of heroes in the game.

There are a couple of heroes in Crystalborne that are so powerful they’ll do well on any team and are sure to make you progress faster.

These include Magnus, Signus, Reina, and Sarge.

If you manage to pull or get your hands on any of these through other means, we strongly recommend you use them on your team and spend resources on them.

You’ll acquire a bunch of heroes throughout your adventures in Crystalborne, but you can only use a few.

Resources are rare, and it becomes increasingly important to spend them effectively as you progress through the game – so, which heroes should you focus on?

The following tier list, gives you an overview of the usability and power of the best heroes in Crystalborne.

Use this tier list as general guidance, and you’ll be sure to progress faster and not waste resources on heroes you have to replace quickly.

We only rank Mythic, Legendary, and a few epic heroes, as those are the ones you should focus on and the ones you’ll be using late-game.

The rank of heroes in the tier list should be interpreted as relative to the other heroes in the list, as not all heroes are listed.

When creating the ultimate team, you should, however, consider other factors than just the tier of a hero.

Learn more about how to build your team in our team building guide.

Each hero that is listed in this tier list has been assigned one of five ranks, S, A, B, C, and D. Here is a quick rundown of what each tier represents.

S Tier – Heroes in the S tier are the best in the game. These heroes perform exceptionally well and should be used if you pull any.

A Tier – Heroes in the A tier perform well above the average hero. These heroes are very strong and will help you significantly throughout your journey.

B Tier – Heroes in the B tier perform as you’d expect. They aren’t particularly strong but aren’t weak by any means either. B-tier heroes can be a great addition to your team if you need a specific set of abilities, etc.

C Tier – Heroes in the C tier perform below average with little potential for late game. As you want to replace these heroes sooner rather than later, you shouldn’t upgrade them too much.

D Tier – Heroes in the D tier are the weakest and least useful in the game. We don’t recommend spending resources on these heroes as you want to replace them as soon as you get something better.

Attacker heroes are very important to have on your team, as you won’t be able to dish out enough damage without them.

You should, however, not exclusively bring attackers as your team then won’t be able to sustain itself through a battle.

You should bring at least two attackers, but maybe not more than four depending on your setup.

To give you some inspiration for which heroes are great to fill the damage dealer role, here are some of the best attacker heroes in Crystalborne.

Magnus is an energy attacker of the green affinity with an incredible damage output.

His gameplay revolves around generating runes through attacks, which then further increases the damage his abilities deal.

Magnus has an ability that deal damage to a single enemy but also two that affect the entire enemy team, making him great at bringing down multiple enemies fast.

If you’re looking for an overall solid damage dealer, Magnus is an obvious choice.

Sarge is an energy attacker of the green affinity who uses a laser energy gun to take down his enemies.

With a high passive crit chance buff, attacking boosting abilities, and a great base attack stat, Sarge can quickly dispose of even the toughest enemies.

He is less tanky than Magnus once his Power Armor ability is down, but can take out single enemies quicker.

His attack, Calling in the Big Guns, also deals damage based on the targets max hp besides its regular damage, which means it is great at taking down tanky heroes.

If you need a lot of single-target damage and are having problems with tanky enemies, Sarge is a hero to consider.

To make sure your entire team isn’t wiped out by the enemy in a few turns, you can bring a tank that will greatly increase the survivability of your team.

Tank heroes specialize in tanking damage while some also buff the defense of your ally heroes.

We recommend you put at least one, but not more than two tanks on your team. Here are some of the best tanks in the game.

Signus is an energy defender of the light affinity who is not only an amazing tank but also deals a lot of damage.

Signus is a prime example of a hero who will bring your team to the next level.

Firstly, he is tanky and can taunt enemies forcing them to attack him. Furthermore, Signus has great damage, which scales with his defense, as his ability, Heaven’s Might, deals +20% damage equal to his energy defense.

All of these things combined make Signus an amazing pick, who you should definitely consider putting on your team if you pull him.

Merak is another great tank in Crystalborne: Heroes of Fate.

He is an energy defender of the green affinity, who deals less damage than Signus, but will make your team tankier because of his abilities.

Notably, his passive ability, Merak’s Presence, redirects 30% of all damage taken by your ally heroes to Merak at a 25% reduced rate.

This effectively makes Merak tank a healthy portion of every single attack thrown at your team, making him a great choice if you have squishy heroes who die very quickly.

Merak also increases the energy defense of ally energy heroes and has a 60% chance to stun through his ability, Raging Bull.

Lastly, Merak has several abilities that boost his own defense through boosts and shields, which he needs to tank all the damage from Merak’s Presence.

If you’re looking for a tank that will help your team’s overall defense, Merak is an excellent choice.

Support heroes are sometimes overlooked as they usually aren’t tanky nor deal a lot of damage.

The buffs and utility support heroes give your team can, however, be the deciding factor in the outcome of a battle.

Therefore, we recommend you put at least one but not more than two support heroes on your team.

Here are some of the best support heroes in Crystalborne.

Reina is a physical support of the red affinity who is considered the best support in the game by many players.

She doesn’t pack a lot of damage or defense, but she does have one thing, a lot of utility.

Reina can, furthermore, grant allies physical attack up and energy attack up.

Lastly, her passive ability, Ardent Aura, gives physical allies an energy defense boost, and her other passive, Righteous Embrace, makes allies recover 5% of their max health when they buff Reina.

All in all, Reina is an incredible support hero who will provide a ton of useful buffs to your team as well as debuff and crowd control enemies.

Dahlia is another great support hero who focuses on healing allies.

She is an energy support of the red affinity.

Dahlia has two abilities that heal her allies and one that heals herself.

Drain, her second ability, deals a decent chunk of damage and heals the ally with the least health equal to the damage dealt.

The Reaping is her third ability, which deals damage to all enemies and heals all allies 20% of the damage dealt. Lastly, Dahlia recovers 5% of her max health every time a unit in battle dies.

Though not considered as strong as Reina, Dahlia is an excellent choice if you need healing on your team.

That’s our take on a tier list of the best heroes in Crystalborne: Heroes of Fate as well as the best tank, attacker, and support heroes.