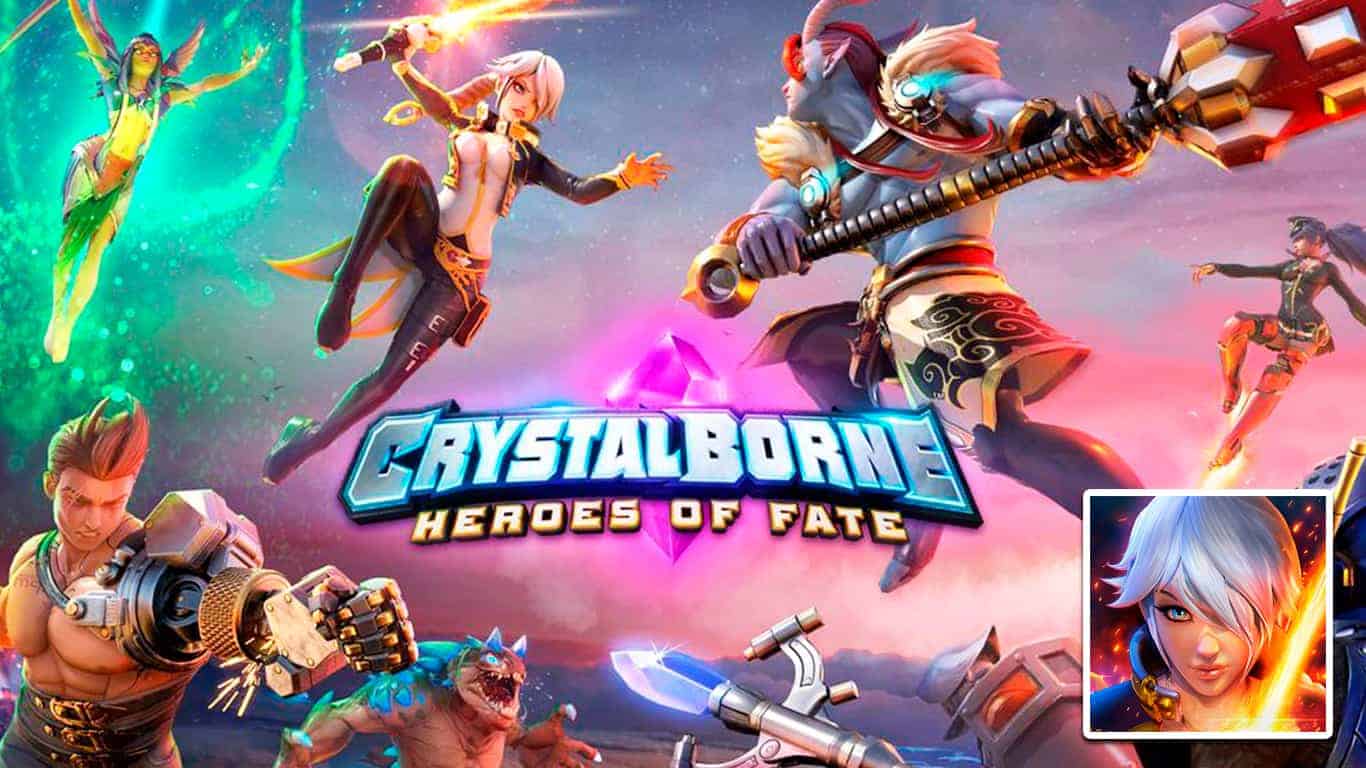 Building the ultimate team in Crystalborne: Heroes of Fate is a crucial task if you want to compete with the best players and beat the toughest levels.

It’s not easy to create the best team and will take quite a bit of farming and summoning to obtain.

There are several factors to consider when building your team to make sure it isn’t vulnerable against certain setups.

To help you build your team in Crystalborne, we’ve created this team building guide, which also gives you actual examples of real teams created by top players.

When building your team in Crystalborne: Heroes of Fate, there are a few things to consider.

Having a balance of roles and affinities ensures you aren’t vulnerable against specific setups.

Some heroes in the game simply are better at others at filling a specific spot, so aim to use top tier heroes.

Lastly, including combos and crowd control to your team can be a major factor in how good your team is.

You can find more details on all of these factors as well as examples of teams below.

There are three six different roles in roles in Crystalborne: Heroes of Fate:

All heroes in the game are one of the six above-listed roles. Attackers primarily focus on dealing high amounts of damage.

Defenders primarily focus on absorbing damage and increases the survivability of your team, while supports buff and heal your team and crowd control enemies.

To make sure your team is well-rounded, you shouldn’t bring exclusively attackers nor too many tanks or supports.

A combination we’ve found to work well, which most top players also use, is four attacker heroes, one tank, and one support.

This composition ensures you have a lot of damage, but still are able to withstand damage and have enough utility.

We have, of course, also seen great teams that don’t follow this composition, but it’s a good rule of thumb.

Another thing to keep in mind when building your team is the affinity system.

The affinity system makes all affinities deal more damage to another affinity but also take more damage from an affinity.

There are a total of five different affinities in the game, Red, Green, Blue, Dark, and Light. All heroes belong to one of these affinities.

You can see which affinity a hero belongs to under their info page in the ‘Heroes’ tab.

Here is a rundown of which affinity each affinity is strong and weak against.

You can find a visual representation of this below.

You just have to make sure your entire team isn’t too exposed against a certain affinity, as your team will be at a disadvantage if you were to face a team with a lot of that affinity.

Even though you can find a use for most heroes in the game, some are simply better than others at filling a specific position on your team.

Because of this, we recommend you aim to select top tier heroes if it makes sense to bring them onto your team.

If you have a very specific setup or combo that requires you to bring lower-tier heroes, that might work just fine if the setup or combo is strong enough. Here are some of the heroes that will do well on almost any team.

You can find more great heroes for your team with more information and rank in our Crystalborne: Heroes of Fate tier list.

The synergy between heroes the heroes on your team is something to consider, as a team can become much stronger if the heroes on it complement each other.

For example, if you bring Merak, a hero who absorbs damage taken by all your allies, having a healer to keep Merak up for longer is a great combo.

Furthermore, if you bring a hero with a specific debuff, let’s say an energy defense down, then you want to be sure your team has a lot of energy attacks.

Lastly, having other forms of crowd control, including stuns and energy depleting abilities, can be very effective against certain enemies.

If you find a great combo you want to use, you can build your team around that, as it will result in an excellent synergy between your heroes.

To give you some inspiration for creating your team, we’ve gathered a few examples of real teams created by top players in Crystalborne: Heroes of Fate.

All the following teams are very powerful and are sure to do well late-game.

If you find a team you like, you can simply copy it, or you can draw inspiration for it and tweak it to your liking.

That’s everything you need to know about creating the best team in Crystalborne. Heroes of Fate.

If you have any input or suggestions for this post, you can leave it in the comment section below.