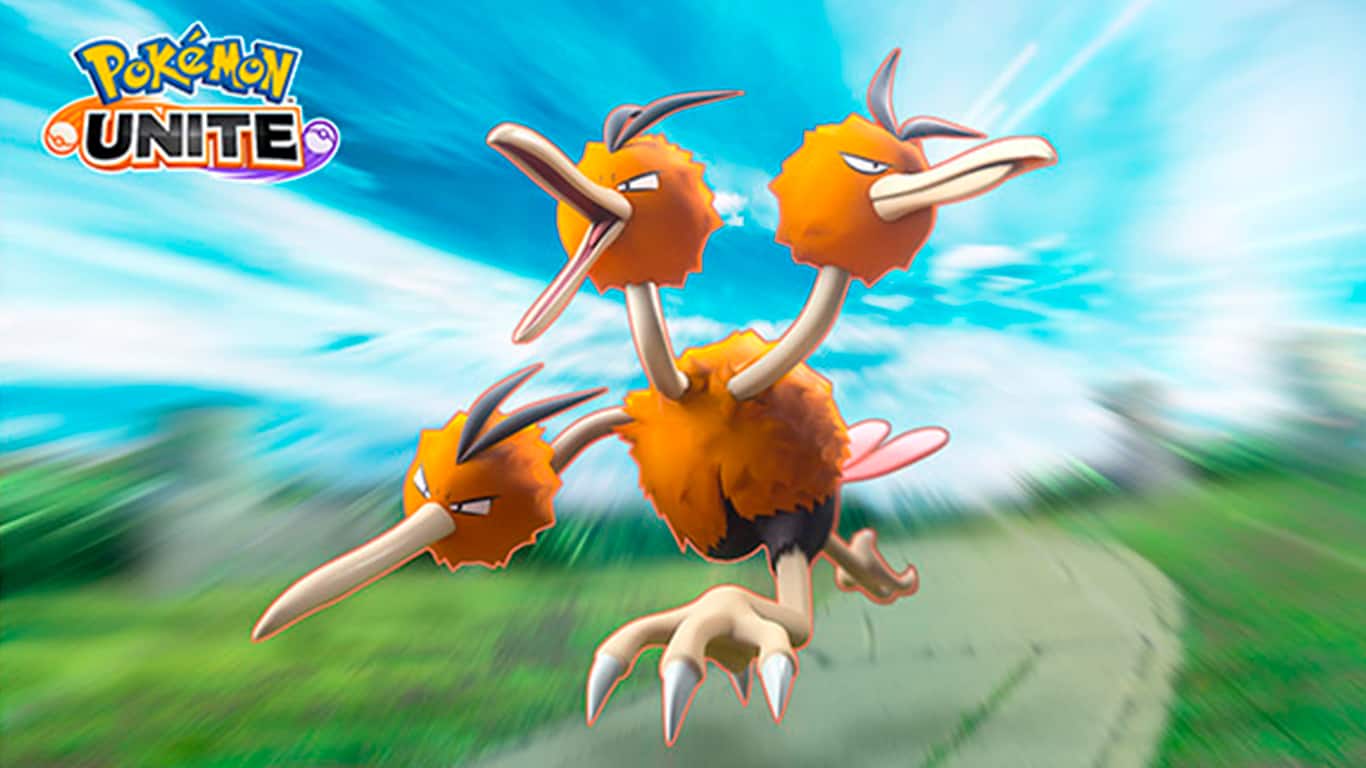 The three-headed Dodrio is now available on Pokemon Unite (available on iOS, Android, and the Nintendo Switch).

This speedster can be yours for 14,000 Aeos coins or 575 Aeos gems <at the Unite Battle Committee shop. Dodrio hails from the Kanto region and features a unique scoring ability and powerful beak attacks.

At the start of each match, Dodrio begins as Doduo. Once Doduo hits level 5, it will evolve into Dodrio. After every third attack, its basic attack gets boosted.

When the sprint gauge is full, its basic attack will have it charge in the direction it is currently facing and deplete the entire sprint gauge. If you hit an opposing Pokemon, the user’s move cooldowns are reduced.

Being a fast Pokemon gives Dodrio an advantage over Decidueye. Triple Trample and Jump Kick are great at running down Decidueye. Then you can finish it off with Drill Peck.

With Snorlax being able to use Block, Dodrio’s speed doesn’t stand much of a chance against this large Pokemon. Adding insult to injury, Snorlax’s Heavy Slam can further harm Dodrio.

God of War Ragnarok Features Over 50 Hours of Gameplay