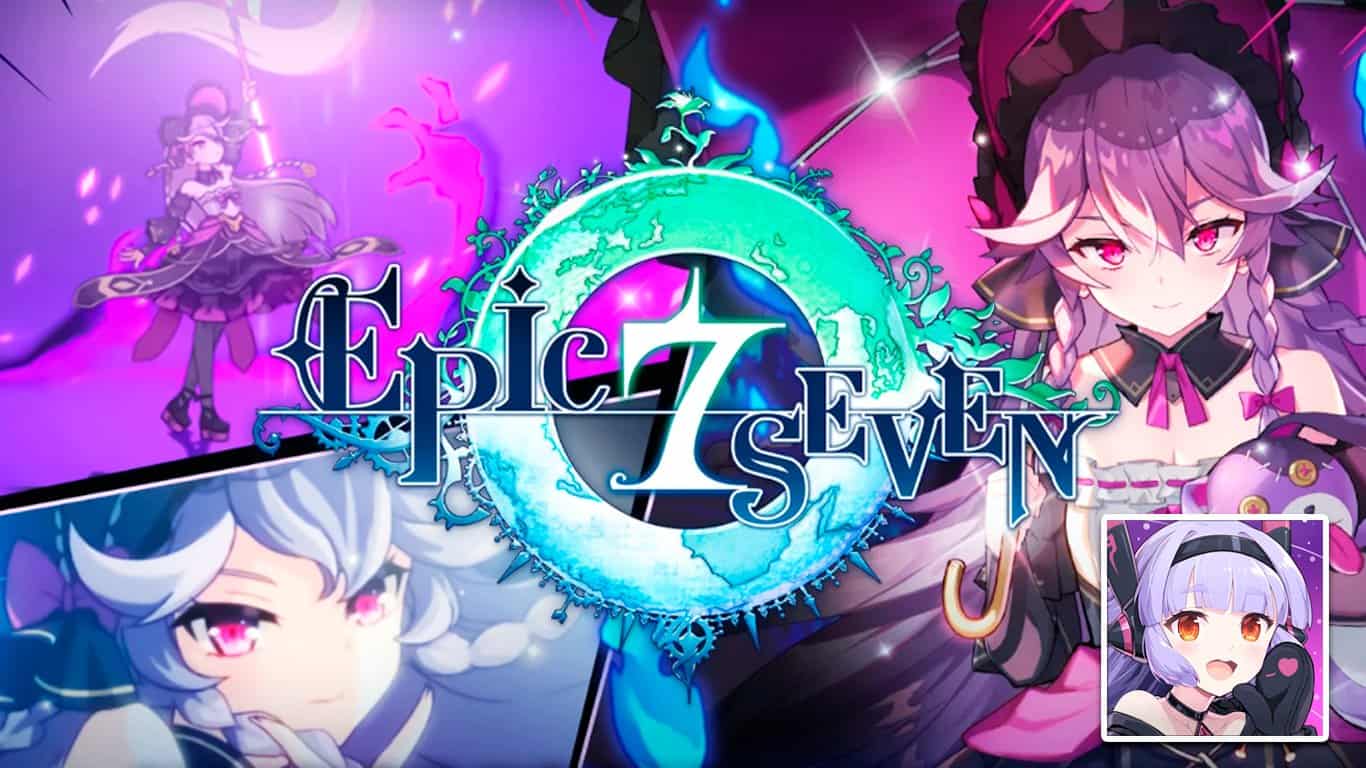 For fans of anime, and fans of mobile games, Epic Seven comes to the fold! And here, we’ll be looking at some starting tips and tricks to get you going!

To those who have played other anime mobile games, this will be familiar ground, but to others, let’s go over the basics.

Epic Seven is available on both Google Play and the App Store.

The game’s plot strikes you as a young man, woken up from a climactic battle with a demon lord.

But, the land is still in turmoil, and it is your job to figure out what is going on.

But, before you go running off and fighting any big bad demons, let’s talk a bit about how the game works and what to do.

Epic Seven is a 2D RPG where you’ll take control of different characters to accomplish mission objectives and farm for materials.

Side note: Farm, in this case, refers to the act of playing missions repeatedly to get the necessary items to level your characters up. Its also known as the Grind in many circles.

A character’s rarity determines the player’s chances of unlocking them, and the higher the rarity, the better the character’s stats.

Their classes also play an important factor and help determine whether or not they’ll be a boss killer or a farmer.

To explain, a boss killer is a character’s kit, or skill set, is made to deal high damage or have skills that support others.

A farming unit is a character made for clearing waves of enemies to make for easier level clearing.

Think of it as a single target attack vs a multi-target assault.

Each character is given a star rating, and the more stars they have, the higher the rarity.

For example, a well-recommended Hero, Sigret, is given 5-stars, and is accordingly, very rare.

In any case, each character has its class, and cannot be changed.

Here’s a brief overview of what they are and what they can do.

Warriors are your primary damage dealer, and they are made to either buff themselves, debuff the enemy, or just focus on beating their heads in.

Knights are the tanks, or rather, the guys who can take a hit and keep on trucking.

They usually have ways of making sure the damage goes to them instead of their more fragile teammates.

They’re made for dealing critical hits, but as a trade-off, they don’t have a lot of health.

Mages are the generalist, or rather, they can fit into any niche.

Some mages are better at this than others, but they’re a good staple for most missions.

Rangers are a support class. It is their job to make sure that the team has healing, buffs, speed, and dual attacks.

I know that many of us think of a bow and arrow when it comes to rangers, but in this case, their skills matter more than their weapon.

Soul Weavers are a tricky bunch, and despite the name, they’re a healer class. At least, in some capacity.

Their job is to keep you and yours on your feet so you can keep hitting the bad guys.

So, those are the classes, but for the most part, consider them to be more of a guideline rather than a rule.

But, to get those characters, you’ll have to play or pay, a certain mechanic like everyone else.

Like many other mobile anime games, there’s a system known as Gacha.

It’s where you’ll be getting most of your characters, items, and so on.

In the beginning, you’re given one free thirty pull, with one guaranteed 4-star.

You can also reroll by deleting your account and starting the game up again to get a fresh start and new gacha chances in the beginning.

But be warned that can be time-consuming, so don’t do it too often if you get a decent starter set.

There are two other mechanics we should also go over – Charm and Skin Tickets.

How to get Charm and what it is

Charm, or charms, are equipment you can give to your heroes to give them stat boosts or give them a unique attribute.

You can get more charms going through a few hoops.

The first, and most obvious, is by going into the shop and purchasing them.

Another is by completing hunts and raids.

The former is when you go to find certain enemies and beat the stuffing out of them for their gear.

Raids are more of a group effort between you and other players.

How to get Skin Tickets

Skin Tickets are items that you can use to outfit your heroes in different costumes.

While they only have a cosmetic effect with no bearing on gameplay, they are fun to look at.

Be it for male, female, or in-between.

Skin Tickets can be purchased from the in-game store in exchange for real money.

So be aware of your savings before you buy one.

With this introduction to Epic Seven, you are ready to get a great start in the game!