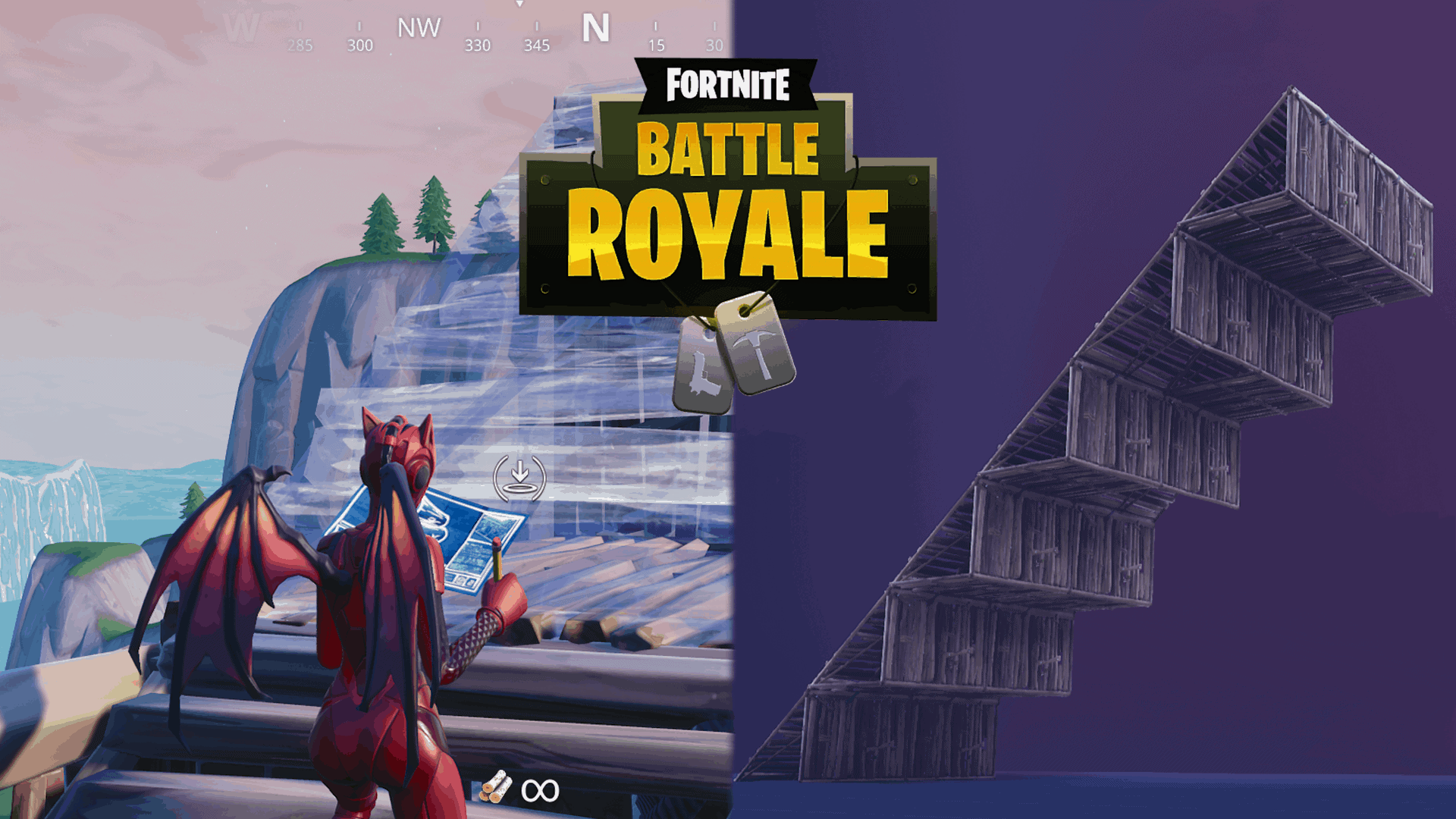 Building is a major part of Fortnite. It is often the deciding factor in the outcome of a fight.

Therefore, you should work on your building if you wish to improve your skills and overall chances of winning in Fortnite.

An overall tip before we is to get used to turbo building.

Turbo building is when you hold down your left mouse key while building.

This will instantly build the selected structure if there is space.

Mastering this will significantly improve your building speed.

Key bindings are up to personal preference, however, there are combinations of key bindings which can hinder your performance.

For example, if you use the same finger for all your building hotkeys, it can be difficult to improve as speed is limited.

Even though switching your key bindings take time to get used to, it could really be a good decision if you believe your current ones are holding you back.

The best way to get better at is by practicing it.

In creative mode, you can practice your building with infinite materials, and with no one to kill you.

You can either just head into one of your own islands, or you can try out the dark building map by Beaks.

The advantage of this map is that you are inside a dark cube, which increases FPS, and reduces lag.

Besides that, you aren’t distracted by any terrain.

You’ll find the creative code for this dark building map below.

Watching build battle can seem confusing as so many things happen very quickly.

However, in reality, most build battles are just a sequence of classic builds.

By learning these, you will find yourself much more confident going into a build battle.

The 4 most essential builds we recommend you practice, are the layered ramp, 90’s, 1 by 1, and double ramp.

The layered ramp is simply a reinforced version of a ramp, which makes it more difficult to destroy.

This build consists of a ramp with a wall behind it, and a floor below it.

This build does take some time to get used to, but once you’ve practiced it enough, you will be able to do this while ramping anyone.

The layered ramp can also be further reinforced by placing a second ramp below the wall and floor, but it is obviously harder to do.

are one of the most difficult builds to do but are very effective once mastered.

There are many different ways to do this, but the main principle is getting up by placing rotating 90 degrees and placing a floor and a ramp below you.

Here is a video that helps explain how to learn 90’s.

1 by 1’s are arguably the most effective defensive maneuver once someone shoots at you.

Creating a 1 by 1 is very easy, simply place 4 walls around you, and then a ramp below you.

You can also add a floor below you.

In a battle, however, are a much faster way of gaining high ground.

So doing 1 by 1’s to get high ground should probably only be used if no one is around, and you want to create a base.

To do this, place 4 walls around you, a floor above you and a roof on top of that floor.

Double Ramps are great for pushing an enemy player.

The most basic version of the double ramp is simply placing two ramps beside each other.

However, if you are able to get a wall in front of every ramp, or even a wall and a floor, it will be even more effective.

Once again, using turbo build will make this a lot easier.

Editing is another element of building, which can truly set you apart from other players.

Needlessly to say, being able to effectively edit in-battle is no easy task.

To practice your editing, doing edit courses can really help you improve.

However, as the end goal is being able to edit effectively in battle, doing the courses alone probably won’t be enough.

Therefore, try to force yourself to do edits while in battle, even though it might slow you down at first.

Once you do get the hang of it, however, it will be a great advantage.

Check out some edit courses on our warm up course list.

Once you’ve practice different aspects of building in creative mode, it’s time to try it out in real games.

However, not all encounters result in a build battle, which is a shame if you want to practice building against enemies.

Therefore, you can try out the only-building technique.

To do this, simply don’t ever shoot your opponent.

Instead, farm up a ton of mats, and then when you encounter an enemy, build to survive.

Hopefully he will try to outbuild you in order to kill you, which gives the most practice.

That’s how to get better at building in Fortnite!

10 Of The Rarest Skins In Fortnite

Fortnite How To Support A Creator