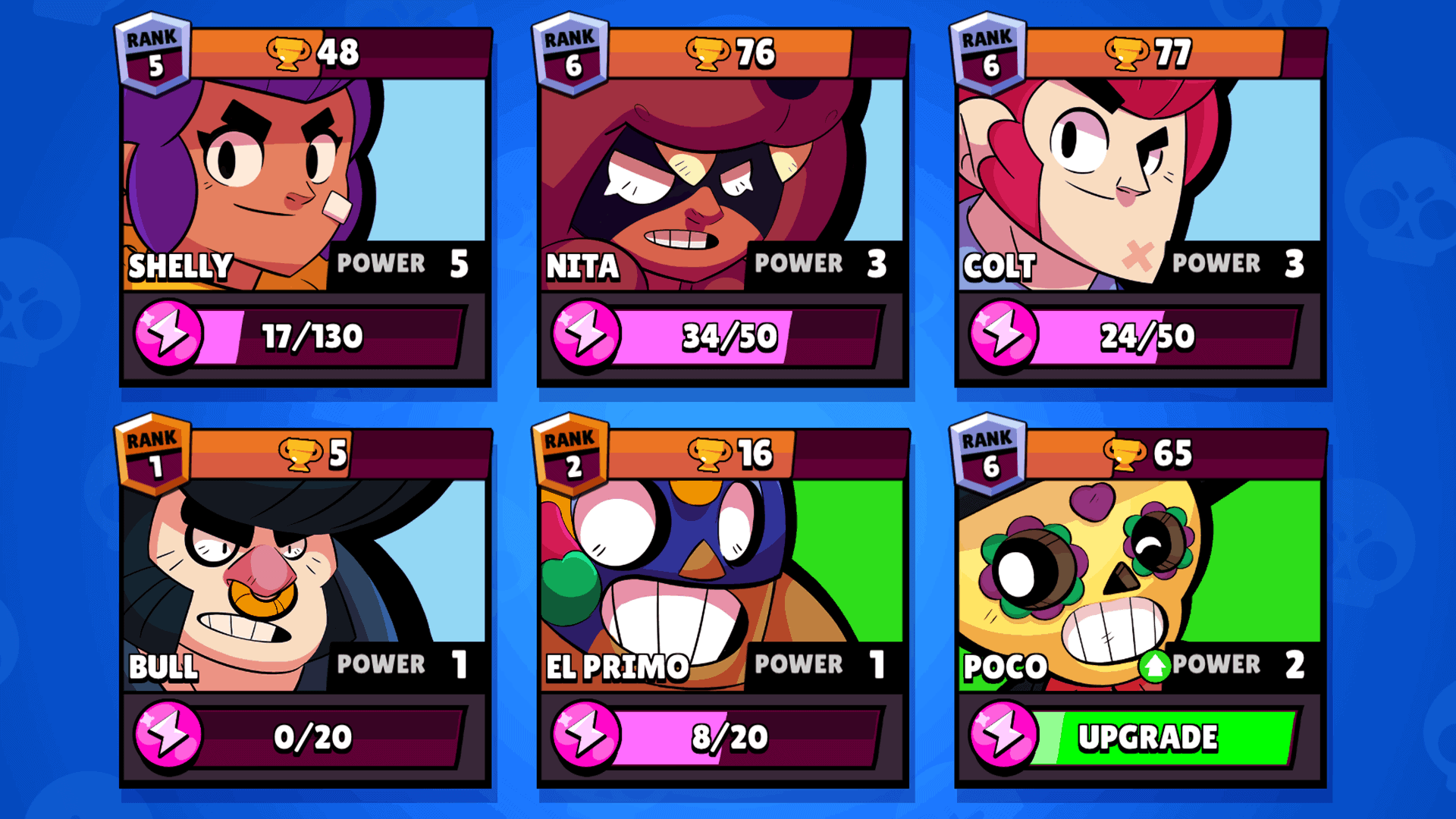 Brawlers in Brawl Stars can be upgraded, also known as powered up.

This increases the stats of a brawler, making it stronger in-game.

The more trophies you collect, the better opponents you will face, making it more important to have high-level brawlers.

How to upgrade brawlers

Power Points indicated with a pink lightning symbol are collected from Brawl Boxes, shop offers, and the trophy road.

Power points are specific to a brawler, which means you have to earn enough power points for a specific brawler to upgrade it.

Secondly, you need enough coins, which are collected from brawl boxes.

These coins are not brawler specific, however, are often scarce as the amount needed for each power level increases rapidly.

Once you have enough coins and power points to upgrade a brawler, press the “Brawlers” tab on the left side of your screen.

Once inside the tab, press the brawler whom you have collected enough power points for to be upgraded.

Your brawler has now been upgraded to the next power level and all of its stats are increased.

Power points and coins are needed for upgrading brawlers in Brawl Stars.

When playing the game, you earn tokens which turn into brawl boxes when you collect 100 of them.

You can also earn power points by collecting trophies.

Along the trophy road, there are several power points rewards that let you give any brawler you have 25 power points.

The third way to get power points is by taking advantage of daily deals in the shop.

Sometimes there are free claimable power points, and other days you can buy power points of specific characters with coins.

Coins are earned in brawl boxes just like power points, but also appear in the daily deals section sometimes.

Some days you can even claim free coins in the shop just like on the image below.

The number of power points and coins you need to upgrade your brawler depend on the power level of that brawler.

Below you’ll find a chart over the required power points and coins to upgrade at each power level.

What is star power

Star power is an extra buff brawlers achieve once they reach power level 10.

A star power is not just a boost of a brawler’s stats, it is essentially a new skill or a buff to an existing skill.

The maximum power level of any brawler is 10.

Power levels 1 through 9 are achieved simply by collecting power points and coins.

Once your brawler is power level 9, you have to find star power within brawl boxes which brings the brawler to power level 10.

Unlocking star power on a brawler makes it significantly stronger and more useful in battle.

However, star power is quite rare in brawl boxes and can only be found for a specific brawler once that brawler hits power level 9.

That’s how to upgrade brawlers and get power points and coins in Brawl Stars!

Brawl Stars – How To Get Brawl Boxes Guide

Brawl Stars – How To Get A Colored Name Guide

How To Unlock New Brawlers In Brawl Stars