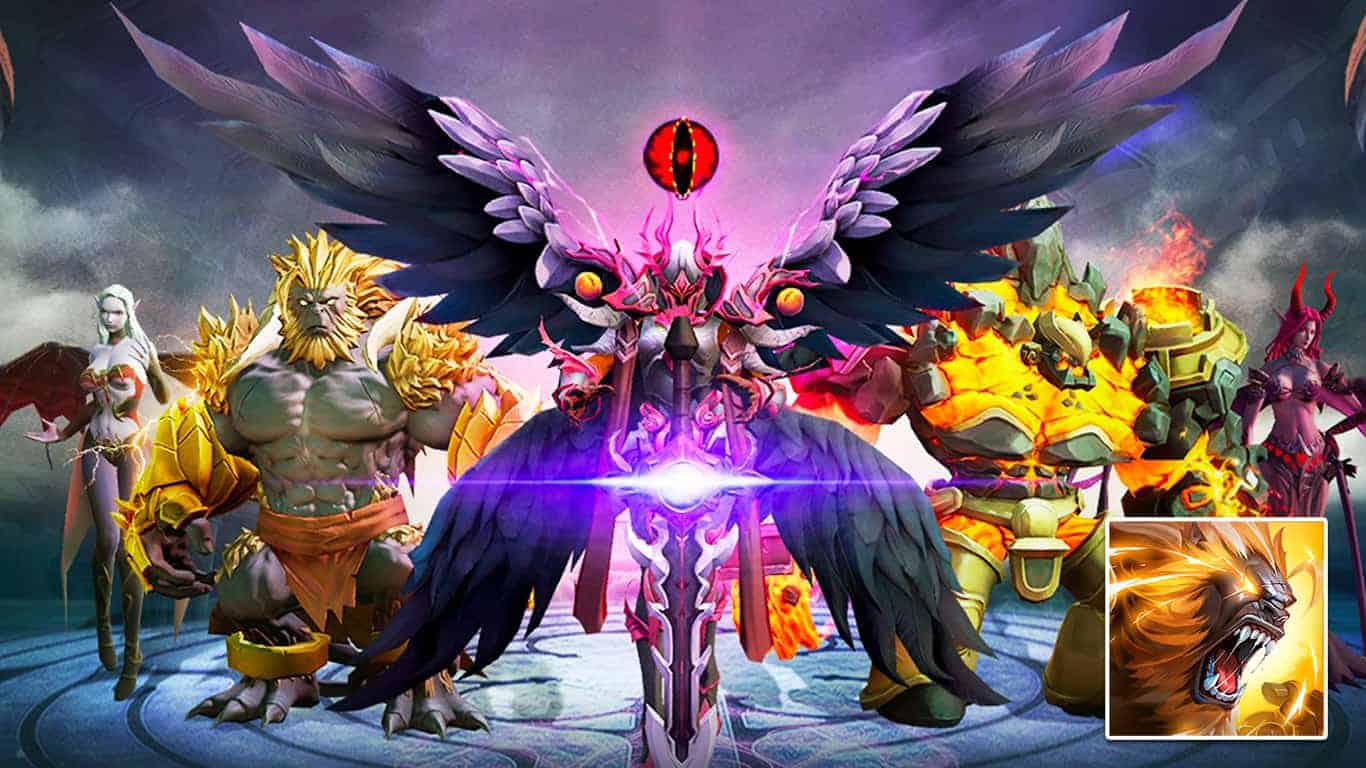 Idle Arena: Evolution Legends is an idle RPG game where players can call on the powers of unique creatures to battle.

There is a multitude of heroes to summon and put on your team, everything from water elementals to mechanical T-rexes.

In the game, you can also upgrade your heroes and evolve them.

There are several things for players to do in the game, including exploring dungeons, challenging campaign levels, and building your team.

Furthermore, players can team up with other players on the global server, fighting for their spot as number one in the Global Arena.

As the game has a plethora of formations, skills, races, etc., your goal is to find your way of fighting to make it past tough enemies and powerful foes.

In this guide, we’re giving you tips and tricks on how to maneuver the many features the game offers, as well as guidance for new players seeking to get a great start in the game.

The main objective of Idle Arena: Evolution Legends is to summon heroes, build a team, and progress through the campaign.

Along your journey, there are several things to do to help you gather resources and improve the power of your heroes.

As the game is an idle RPG, the primary way to get resources is by collecting idle rewards, which are resources your team farms while you’re away from the game.

You can also actively farm resources through battling, completing quests, etc., however, the majority of your resources will come from idle rewards in the long run.

The primary way to acquire heroes in the game is through a random summoning process.

You need either summoning scrolls or gems to summon heroes, but these can be obtained by playing the game, not just from purchases.

Before you start any battle in the game, you get to build your team by selecting heroes you’ve gathered.

In battle, your team of heroes will automatically attack the enemy.

Below all heroes’ life bar in battle, you’ll find the yellow energy bar.

When a hero’s energy is full, they’ll automatically use their special ability.

As battling is automatic in Idle Arena: Evolution Legends, your job is to collect and assemble the right team combination as well as upgrade your heroes and gather equipment for them.

In Idle Arena: Evolution Legends, there are three types of hero classes – DPS, Defense, and Support.

DPS is the attacker class. This class is your standard attacking class, which focuses primarily on dealing lots of damage to enemies.

Attacker heroes will deal most of your team’s damage output, but are often squishy and have little utility.

Defense is the tank class. This class’s purpose is tanking incoming damage from enemies, ensuring your team can survive for a long time.

Support is the supportive class. Supports’ primary purpose is to support your team by healing, buffing, removing debuffs, and applying crowd control to enemies.

Support heroes usually aren’t that tanky and have a poor damage output. Nevertheless, support heroes are important for your team.

The campaign is the main storyline of the game, which will take you through a series of levels full of enemies and bosses to overcome.

If you’re looking to get resources and other items here and now, clearing levels in the campaign is one of the best ways to do so.

As mentioned, idle rewards will yield more rewards over time, but you have to wait for those to be farmed.

The more you continue in the campaign the more resources and items you will receive.

Enemies will, however, also become increasingly stronger as you progress, making it harder to clear levels later on.

Over time you will start to plateau in advancing through the campaign.

At this point, you need to start upgrading your heroes to make them stronger.

Changing up your setup may also help you in the campaign.

If you get stuck at a level, don’t get discouraged, the game is designed to make you plateau, so keep grinding until you can beat it.

There are several important buildings in the game, which you should know.

Here is a quick overview of some of the buildings in the game, as well as what they do.

The Summon Alter is one of the most important buildings in the Idle Arena: Evolution Legends.

In The Summon Altar, you can summon heroes that you can bring to battle.

Heroes come in different tiers – with the higher tiers being more lucrative, advanced, and stronger.

The Ancient Circle is similar to the Summon Alter in that you can acquire new heroes here.

However, unlike in the Summon Alter, you can summon heroes of a specific race in the Ancient Circle.

This is very useful if you’re looking to build a team with a specific race composition.

Heliossia is the dungeon system in Idle Arena: Evolution Legends.

Here you can fight dungeons that consist of a series of mini-bosses to farm resources.

The rewards for clearing Heliossia dungeons include gold, equipment, and diamonds.

What level you’ve reached in the campaign affects the difficulty of dungeons in Heliossia, making the dungeons harder as you progress through the game.

Beware, there may be traps in the dungeons that can get the best of you if you’re not careful.

Like in most other RPG games, Idle Arena: Evolution Legends has its own PvP system in which players can fight other players.

The Arena is a great place to hone your abilities against other players.

Once you join the Arena, you’ll be prompted to make both an attacking and defending lineup.

There are several great rewards to be earned from participating in the Arena, so be sure to test your skills against other players.

The Treasure Tavern allows you to complete a multitude of quests, allowing you to gain resources.

Completing quests will help you progress in the game faster and ensure you don’t miss out on vital content.

At the Market you can purchase several useful items and resources that can be used to upgrade your team.

We recommend you check out the Market from time to time, as their inventory refreshes daily.

Joining a guild in Idle Arena: Evolution Legends is a fantastic idea.

Not only does it allow you to interact with other players, but you can earn several useful rewards and resources by being in one.

Joining an active guild is important if you want to progress quickly and efficiently in the game.

Idle Arena: Evolution Legends is a great game to start your journey in idle RPG games.

It takes a lot of elements from successful and popular games of its niche and puts a twist on it.

Hopefully, with these tips, you’ve become a better player and will have an easier time progressing through the game.

If you have any tips or tricks for the game that you believe should be included in this guide, then share them with us in the comment section below.