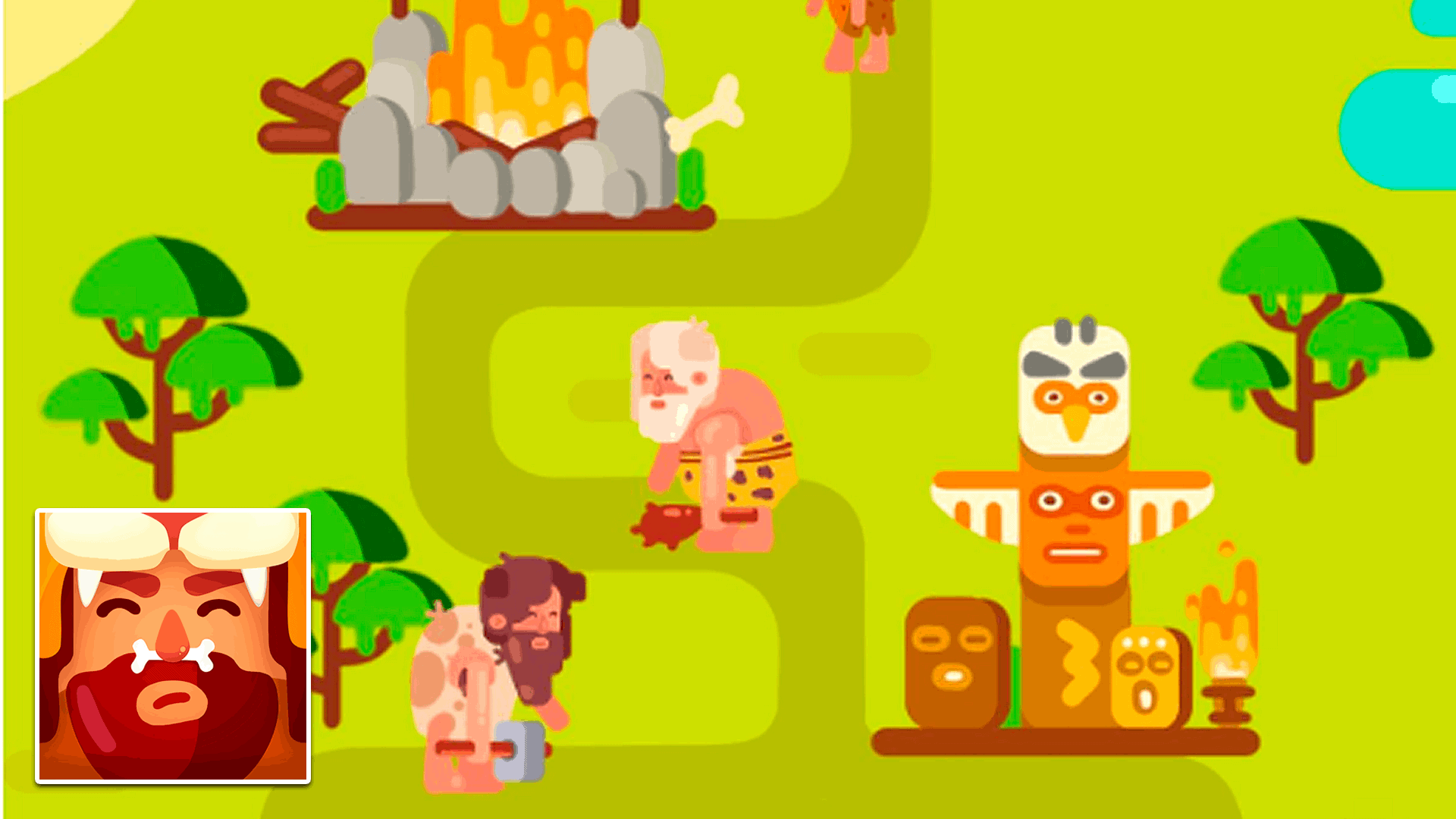 Idle Civilization is an idle mobile game in which you advance civilizations by advancing human beings and upgrading buildings.

Freeplay Inc is the developer and publisher of Idle Civilization.

They have developed other mobile titles, including Which Car Wins and Shooting Hole.

As Idle Civilization is an idle game, players can only control tap humans, upgrade, and collect bonuses.

Idle Civilization is available on Google Play and the App Store.

Here are the basics of Idle Civilization: In the game, your objective is to advance civilizations by gathering resources, upgrading humans, and building structures.

Humans automatically spawn from huts and walk towards the Leader’s Cave.

Whenever a human reaches the Leader’s Cave, you receive a number of resources depending on your boosts, the type of human, and the upgrades to that type of human.

You can tap humans to make them move faster, thus earning you resources more quickly.

Furthermore, players can build and upgrade different buildings to increase their resource earnings.

When you’ve helped a civilization progress enough, move on to new lands where other civilizations reside.

In idle games, players usually have a single control to help them progress faster by actively playing the game.

Idle Civilization also one control that players can actively use, which is tapping humans to make them move faster.

When you tap a human, that human walks faster a short period of time, and so does all humans in front of the one you tap.

Because you will quickly have multiple humans walking towards the Leader’s Cave at the same time, you can progress faster by always tapping the human farthest behind.

By tapping the one farthest behind, all humans walk at a faster pace, increasing your earnings per human for all humans.

If you tap a human while there are humans behind that one, those behind will not move faster.

Buy new humans before upgrading them

The optimal way to advance your civilization in Idle Civilization is to unlock new humans before upgrading any of them.

When you unlock a new human, you significantly increase your earnings per minute.

Upgrading a human only increases the number of resources they give by 0.1 per round.

A new human gives from 1.5 to 2 right out of the gate and only costs 2-4 times more than upgrading a human a single time.

By focusing entirely on unlocking new types of humans before upgrading them, we were able to advance much faster.

Once you have no more humans to unlock, you can start upgrading them.

Go for the cheapest upgrades first, as they all give +0.1 resources per round.

As mentioned, we recommend you acquire new humans before upgrading them.

Therefore, investing in new huts is one of the very best investments you can make in Idle Civilization.

Huts can spawn three different kinds of humans each, significantly increasing your resource gain when acquiring a new hut.

When you purchase a new hut, it will initially only spawn one type of human.

You have to unlock new types of humans and upgrade them for each hut by spending resources.

Once again, you should focus on unlocking all humans in a new hut before upgrading them.

The Sanctuary is the first building you unlock in Idle Civilization besides a new hut.

You unlock the Sanctuary at level 2, and can after that build it by spending resources.

Building the Sanctuary is a great use of resources, as it boosts your resources earned afterward forever.

Once built, you can further upgrade your Sanctuary to increase its boost to resources earned.

At level 1, the Sanctuary gives a 1.1 times resource boost.

Each upgrade increases this boost by 0.1, which means it gives a 1.2 times resources boost at level 2, for example.

The further into the game you get, the more useful this building becomes, as it is a percentage boost of all resources earned.

Therefore, you don’t have to spend all your current resources on it as soon as you unlock it.

Rather, you should progressively upgrade it as you go.

Swipe up for more civilizations

Idle Civilization is all about advancing civilizations.

When you’ve advanced a civilization far enough, you can move on to the next one.

Raising a new civilization is very similar to raising others, but they feature all-new terrain, humans, and buildings.

Civilizations represent a known civilization from human history, such as the Aztecs.

When you have reached a new milestone, swipe up to find the next civilization to advance.

Here is a total list of all the levels at which you unlock a new civilization:

At the time of this writing, these are all the civilizations you can unlock, but more are to be released in the future according to the devs.

Warm up villagers for more resources

A natural evolution in a civilization is the acquisition of a source of heat.

Idle Civilization is no different, as you can build a Fireplace for your villagers.

The Fireplace is similar to the Sanctuary, in that it boosts how many resources you get by a factor starting at 1.1.

The Fireplace is, however, much more expensive to upgrade than the Sanctuary.

A single upgrade increases the resource boost the give by 0.1.

Because of this, you want to focus on the Sanctuary before the Fireplace.

You unlock the Fireplace at level 5, and can from then build it by spending resources.

If you use this method of cost-optimizing throughout your entire gameplay, you will progress much faster.

A lot of the features in Idle Civilization, such as upgrading buildings when they are maxed out, revolves around ads.

Not all players want to watch ads in exchange for a bonus, buff, or upgrade, but for those who do, there is plenty to watch in Idle Civilization.

Of the different buffs in the game, the bird bonus is one of the very best.

To get the bird buff, you have to tap the colorful bird once it appears on your screen.

What makes it difficult to obtain is that the colorful bird rarely shows itself.

Therefore, you have to be ready for when it does.

If you manage to tap the bird, you watch an ad, and afterward, all your humans start dancing in joy while feather confetti falls from the sky.

While your civilization celebrates, you are showered in resources and XP.

We managed to snatch an image of this celebration.

See it for yourself in the image below.

One of the best upgrades you can make in Idle Civilization is to increase the walking speed of your civilization.

Though there isn’t an obvious way to calculate how much it increases your resources per minute, it certainly helps a lot.

The reason why you can’t calculate the exact increase in resource contribution is that the respawn time of humans stays the same.

Head into the Leader’s Cave building, the one your civilization is walking towards.

Inside, you can upgrade the building by pressing upgrade.

Each upgrade increases the walking speed of humans by a little bit, thus increasing their resource contribution per minute.

Each upgrade increases the human’s speed by 0.2.

You are now ready to take your civilization to the next level and explore new lands.

If you have any tips and tricks in Idle Civilization you believe should be included in this guide, we welcome you to share them with us in the comments below.