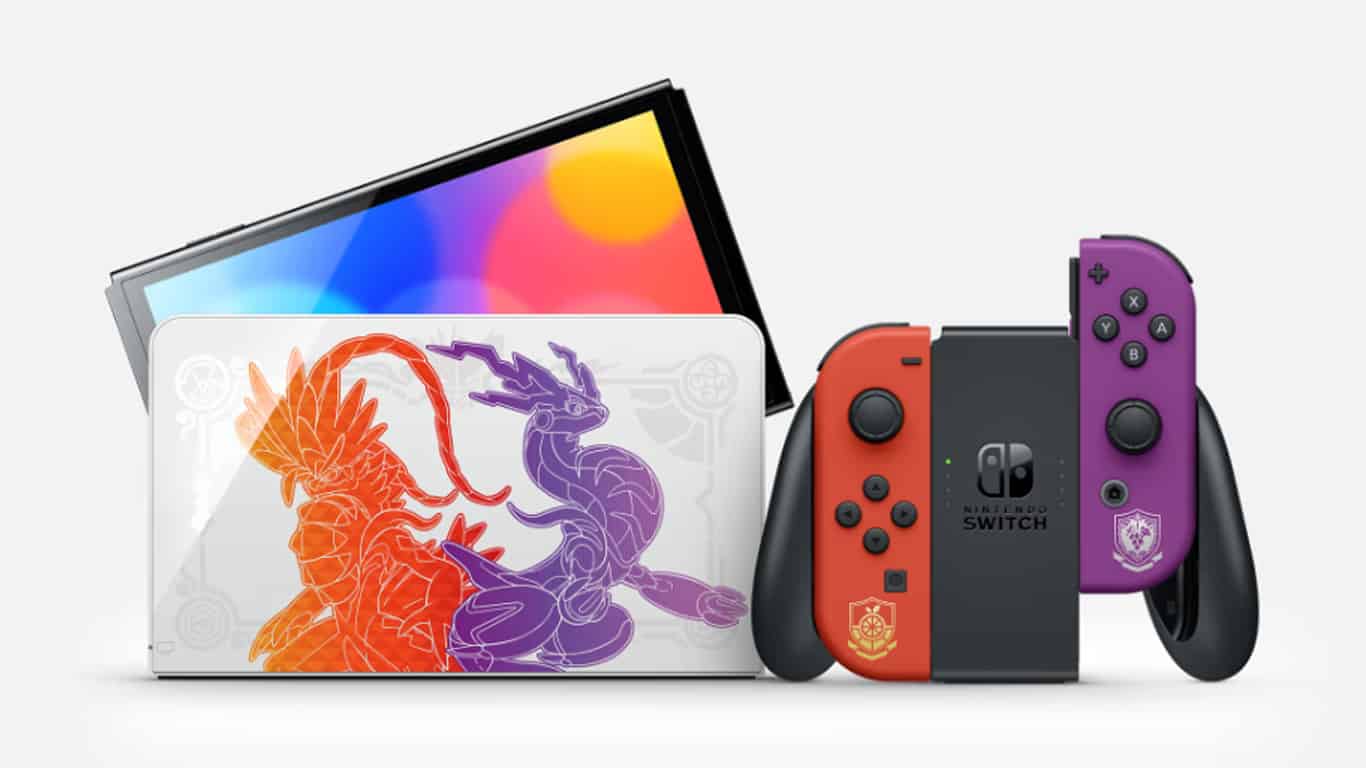 With the upcoming release of Pokemon Scarlet & Violet, Nintendo is taking the launch opportunity to release a Pokemon-themed limited-edition OLED Switch.

Nintendo has a history of themed Switch consoles, with the most recent being a Switch OLED-themed Splatoon 3.

The Nintendo Switch OLED Model: Pokemon Scarlet & Violet Edition system will feature the legendary Pokemon Koraidon and Miraidon on the front side of the system dock and a Poke Ball on the back.

The back of the Switch itself has the three starter Pokemon (Sprigatito, Fuecoco, and Quaxly) as well as different symbols found throughout the game.

The Joy-Con controllers will have the emblems of Naranja Academy and Uva Academy from their respective games. The Switch will have Pokemon Scarlet & Violet-themed colors throughout.

Other than the themed design, this is your standard 7-inch OLED Switch. The Pokemon-themed model will drop on November 4 at select retailers and in the My Nintendo Store. Retailing at $359.99, it does carry a $10 premium over the standard OLED model.

Pokemon Scarlet and Pokemon Violet will launch on November 18, and cost $59.99 each. There will be a double pack available for $119.99, which will come with both games.