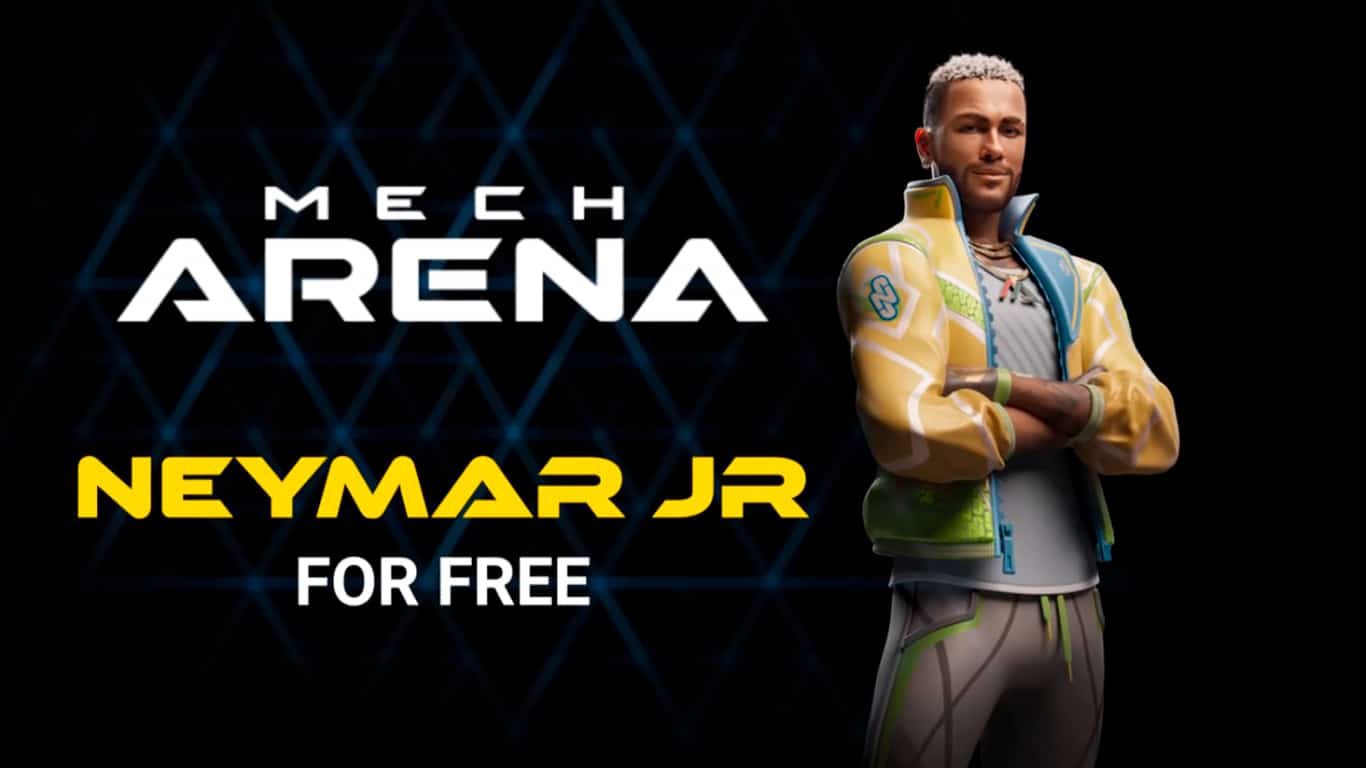 Unlocking the new strongest pilot in the game is as simple as opening the game on seven separate days. Neymar Jr, won’t be available forever, so you might want to get in on the action while you have time.

Plarium designed Neymar Jr’s pilot in Mech Arena to match his speed, power, and agility on the soccer field. His character will be the first pilot in an all-new class, with a level of Rarity called Limited Edition.

In addition to his 4 implant slots, his character gives up to a 35% bonus to all Missile Weapon and Assault Weapon damage as he levels up.

Neymar’s character comes with the Sprinter Perk. This perk adds 40% to your Sprint Duration and reduces Sprint Cooldown by a whopping 40%.

You can get special skins by participating in the 7-day daily login program or entering a special derby event. If you are new to the game, Neymar Jr’s pilot will now guide you through the tutorial.

Over the coming weeks and months, keep an eye on Neymar Jr’s social media. You will get a chance to play the game with him as he will be streaming Mech Arena gameplay and making event announcements.