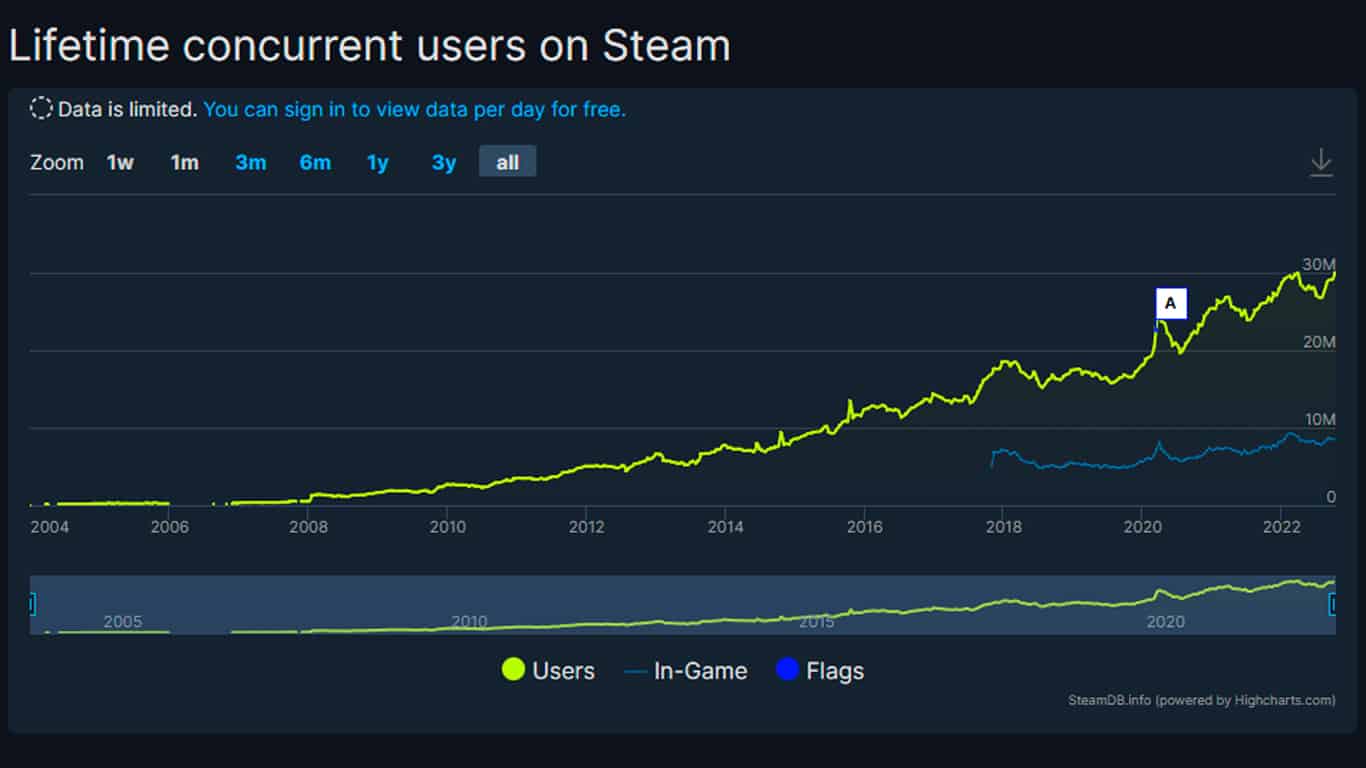 Valve shared that its Steam platform crossed another milestone, breaking its own record by crossing 30 million concurrent users for the first time.

That is 30 million people using the platform in one way or another. There were 8.5 million people actively playing a game, while the rest was using other aspects of the platform, such as browsing the store or using its social features.

Since its launch, Valve has enjoyed being the premier gaming storefront on the PC. While there are other storefronts that have challenged Valve, with the Epic Game Store being the most recent, it hasn’t slowed down the growth of the platform.

At this point, I believe we will continue to see Steam grow at a rapid pace, and I am sure we will be talking about Steam breaking its own record and crossing another milestone soon.

Marvel’s Spider-Man: Miles Morales Is Coming to PC on November 18

Sableye Has Been Added to Pokémon Unite