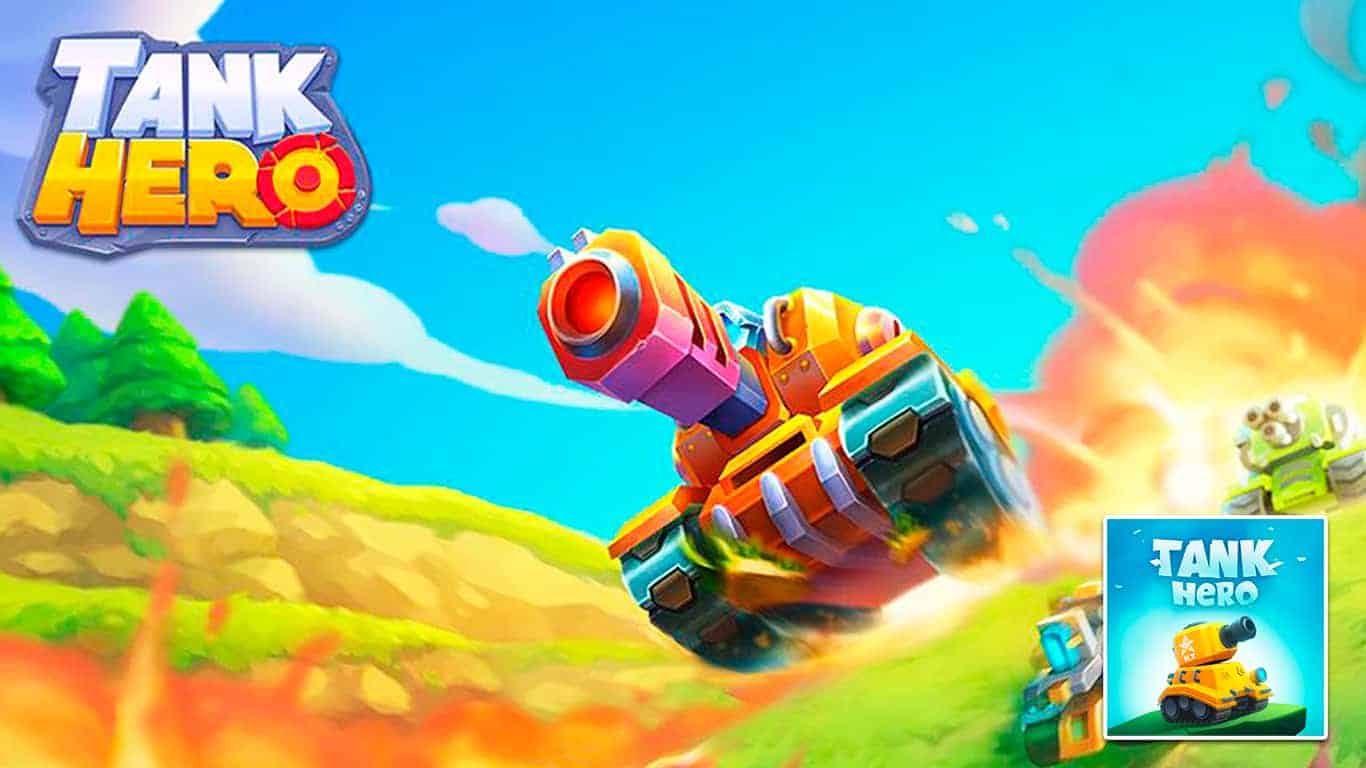 Tank Hero is a new addition to the roster of games by Betta Games, the guys behind popular titles including Mergical and Word Crossy.

In Tank Hero, you control a tank through levels of enemies and bosses with the sole objectiveof making it as far as possible.

The controls in the game are very simple, you move around using the joystick, and your tank will automatically attack the nearest enemy when you stop moving.

Along your journey, you’ll find items, resources, and power-ups to help you beat powerful enemies.

To help you get the best start in the game, we’ve created this game guide covering the basics of the game as well as tips and tricks to increase your chances of beating levels.

Keep your distance from enemies

Most enemies in Tank Hero use ranged attacks, which they fire from their current position.

Therefore, you should always keep your distance from enemies as you’ll have a much easier time avoiding their attacks.

You start with a small amount of health at the beginning of each run, and it isn’t always easy to regenerate it throughout battle, so it’s best simply to be hit as little as possible.

Furthermore, between some levels, you can sacrifice a portion of your health for a powerful buff, and for these, you want to have plenty of health at hand.

Some of these buffs are so useful that you should sacrifice your health for the buff.

If you, however, already have lost too much health, it’s better not to sacrifice any more health.

Every so often, around every third level or so, you can choose between three power-ups for your tank.

The power-ups you can choose between include damage increases, additional effects, improved attack speed, multiple projectiles, and more.

Ones you should probably avoid, at least at the beginning, are power-ups that improve your tank’s durability.

We’ve found being able to take out enemies fast is a much more efficient strategy than trying to tank your way through levels.

There are, however, situations where you want to choose power-ups that improve durability, for example, against certain bosses.

Avoid mines on the ground

Keep an eye on your surroundings when dodging attacks and moving around to avoid stepping on mines.

Mines inflict a great deal of damage, so avoiding them altogether is a sure way to keep yourself alive for longer.

Though looking out for mines can be tough in intense situations, if you can manage to both avoid attacks and mines at the same time, you’ll be reaching higher levels in no time.

We’ve found that there generally are fewer mines towards the middle of the map, so try to stay around there.

Right when you enter a new map full of enemies, the best thing you can do is to keep moving.

When all enemies are still alive, there’ll be attacks and projectiles flying all over the place.

To give you the best chances of avoiding these attacks, you should keep on the move until you find a safe spot to stand or have taken out enough enemies.

Find a safe place to fight

Many enemies in Tank Hero follow a specific attack pattern, which only allows them to attack vertically and horizontally from their position.

You can take advantage of this and find places on the map where the enemy cannot touch you.

If you manage to find a safe place to fight, you’re guaranteed to complete that current level.

Make sure to take out enemies that can aim for you specifically before standing completely still.

Focus on a single target

As you progress through the game, you’ll start meeting tougher levels filled with powerful enemies.

One tactic we’ve found to be very useful against tough enemies is to focus on a single target, not multiple at once.

After you’ve taken down a target, you will have a much easier time taking out the rest, as there are fewer attacks and mobs to avoid.

If you face a specific type of enemy that is tough to deal with, then go ahead and focus on that target first to further increase your chance of victory.

Boss levels are often the hardest to complete because of their powerful attacks, high defensive stats, and the need to avoid complex abilities.

After playing the game for some time, here are a couple of tips that will help you take down bosses in Tank Hero.

Tank Hero is a simple, yet exciting and difficult to master mobile game suitable for all gamers.

We hope you can reach new heights in the game by following the tips in this guide.

If you have any tips or suggestions for this guide that you believe other players should know, then you can share them with us in the comment section below.