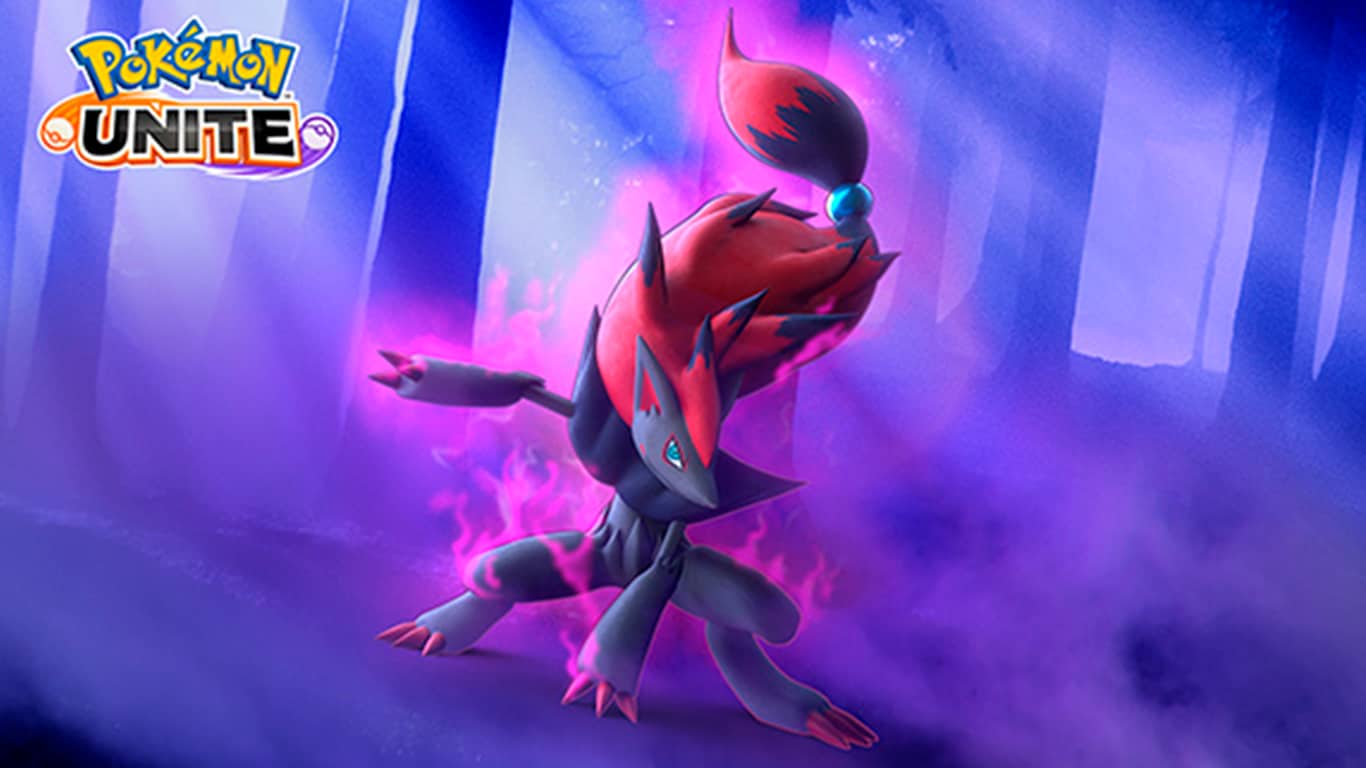 Zoroark, the Melee Speedster, is now available on Pokemon Unite (available on iOS, Android, and the Nintendo Switch).

This speedster can be yours for 14,000 Aeos coins or 575 Aeos gems at the Unite Battle Committee shop. Zoroark will on be obtainable with Aeos gems as part of the Holowear bundle for the first seven days of its release. Zoroark hails from the Hisui region.

At the start of each match, Zoroark begins as Zorua. Once Zorua hits level 5, it will evolve into Zoroark. After every third attack, its attack gets boosted, dealing increased damage.

This pokemon uses has the illusion ability, which takes the form of a random wild pokemon or a pokemon from the opposing team. It will return to its regular form if it takes any damage or uses a basic attack or move.

Espeon is a powerful ranged attacker, who struggles once pokemon get too close. Being a speedster, Zoroark has the advantage of quickly getting up close to Espeon.

Clefable’s Gravity makes most of Zoroark’s abilities nonstarters. If timed right, Gravity can leave Zoroark unable to act for a short period of time. It is best to avoid using Zeroark in combat with Clefable.

The Blunderdome awaits you in Fall Guys Season 2: Satellite Scramble