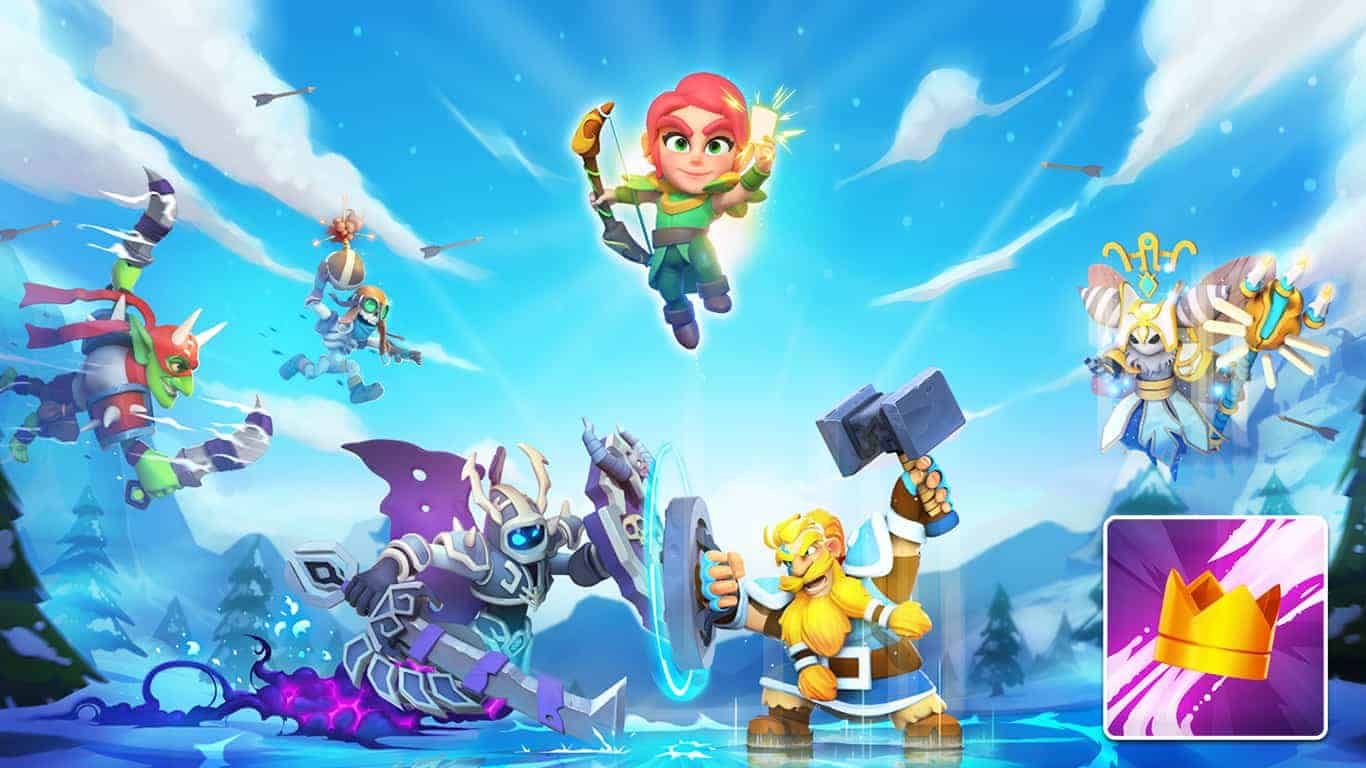 Fate Arena is an auto chess game by End Game in which you collect and merge heroes to fight enemies.

In the game, you’ll be battling one on one by assembling the best team with the heroes you roll.

As the game is an auto battler, your job is to make the right decisions when it comes to team building and the use of gold while letting your heroes do the fighting when a round starts.

In this guide, we give you tips and tricks to improve your strategy and increase your chances of winning.

The game is available on both Google Play and Steam.

When you start a round of Fate Arena, you’re put into a lobby with seven other players.

At the beginning of the game, you have 3 gold, which you can spend on any of the five 5 heroes you roll.

You start out with just two hero slots on, so there is no reason to spend all three gold if you don’t pull any great heroes.

To put more heroes on the field, you need to unlock more hero slots, which you do by leveling up.

You level up by acquiring the required amount of exp for the next level, which you can see in the bottom left corner.

Every round, you get 3 exp for free, and you can then purchase additional exp at the rate of 4 exp per 4 gold.

If you want to roll five new heroes instead of the ones you’ve automatically rolled, you can use the reroll function, which costs 2 gold.

Sometimes you might roll a hero you really want to purchase but don’t have enough gold for.

In this situation, you can use the lock feature to keep your current rolled heroes for the next round.

After each round, you have around 20 seconds to purchase heroes, reroll, buy exp, and readjust your team before the next battle begins.

You can see the remaining time till the next battle starts in the timer at the top of the screen.

The amount of gold you earn per battle depends on whether or not you win, how many times you’ve won or lost in a row, how many rounds have been played already, and how much gold you are holding.

You get an additional piece of gold every round per 10 gold you hold, up to 5 extra gold per round.

Heroes come in different rarities, with those of higher-rarity usually being stronger than those of lower.

The chance of rolling higher-rarity heroes increases as you level up.

To increase your chances of winning battles, you have to make a great team, collect strong heroes, and unlock synergies.

Getting a great start in Fate Arena is important, as you earn more gold when you win battles.

If you can win the first couple of matches, you will be far ahead of most players in terms of gold because of win bonuses and win-streak bonuses.

We’ve found the insect synergy especially powerful in the very first round, so if you roll two heroes of that faction, pick them up.

Because the damage over time effect from the insect synergy deals so much damage, you usually never lose the first round if you have two insect heroes.

In the next couple of rounds, you should spend some of your gold to buy exp to unlock more hero slots.

Having more heroes than the enemy will significantly increase your chance of winning rounds.

After 4-5 rounds, where you’ve hopefully gotten a great start, it’s time to start saving up some gold for interest.

You should, however, only save up for interest if you are not in danger of losing significant health.

The more heroes the enemy has left after a round against you, the more health you will lose.

Once you’ve gone a couple of rounds without spending all your gold to earn interest, we recommend starting to reroll a lot.

At this point, you should have decided what route you wish to go in terms of team structure.

Always build towards unlocking new synergies and using strong heroes, as this will improve your chances of winning.

The single best way to ensure your team becomes powerful is to build synergies.

All heroes in the game belong to one of 13 races and one of 9 classes.

When you put a hero on the field, you get one point in both the faction and class of that hero.

For example, if you put both Fitz and Hyde on your team, both of which are of the hunter class, you will have two points in the hunters synergy.

Aiming to reach a high level in one synergy seems to be the best strategy according to our experience.

Once you’ve unlocked a high-level synergy buff, you should start to build towards others as well until you have reached the maximum number of heroes, which is 8.

All faction and class synergy buffs

Here is an overview of all faction and class synergy buffs in the game.

How to upgrade and rank up heroes

In Fate Arena, there are two ways to increase the stats of your heroes – in battle and outside of battles.

Outside of battles, you can permanently increase the stats of your heroes by leveling them up.

To level up a hero, you need to gold and hero cards of that particular hero.

Once you have both of these, click ‘Cards’ on the left side of the main menu screen, select the hero you wish to level up, and press ‘Upgrade’.

The main way to get hero cards is by opening packs, which you can purchase in the shop.

Every 12 hours, you get a free pack to open. All you have to do is claim it in the shop.

Some milestones in the trophy road are also packs.

You can also get hero cards by purchasing them directly in the shop with gold or by unlocking them in the trophy road.

The selection of hero cards you can purchase in the shop resets daily.

The second way to increase the power of heroes in the game is by ranking them up in battle.

Ranking up a hero significantly increases its stats in that battle, making it essential to aim for these rank ups.

To rank up a hero from tier 1 to tier 2, you have to collect three copies of that hero. They will then automatically merge into a tier 2 copy of that hero.

To rank up a hero from tier 2 to tier 3, you have to collect three tier 2 copies of that hero, which is a total of 9 copies.

You should always aim to build tier 3 heroes, as these will significantly improve your team.

As collecting 9 copies of the same hero is no easy task, it’s unlikely that you’ll get more than 1-3 tier 3 heroes per game.

Each match you play in Fate Arena gives you between -20 to 30 trophies depending on your final placement.

As you reach new milestones in the trophy road by increasing your total number of trophies, you unlock items and heroes.

Furthermore, at some trophy milestones, you unlock so-called ages.

When you unlock a new age, the design of the battlefield changes, all players now have higher total health, making battles longer, and you unlock new heroes.

Collecting trophies is, therefore, not only important because of rewards, but are also important as they allow you to progress through the game.

That’s all our tips and tricks for Fate Arena! With this guide, you are hopefully better suited for battles.