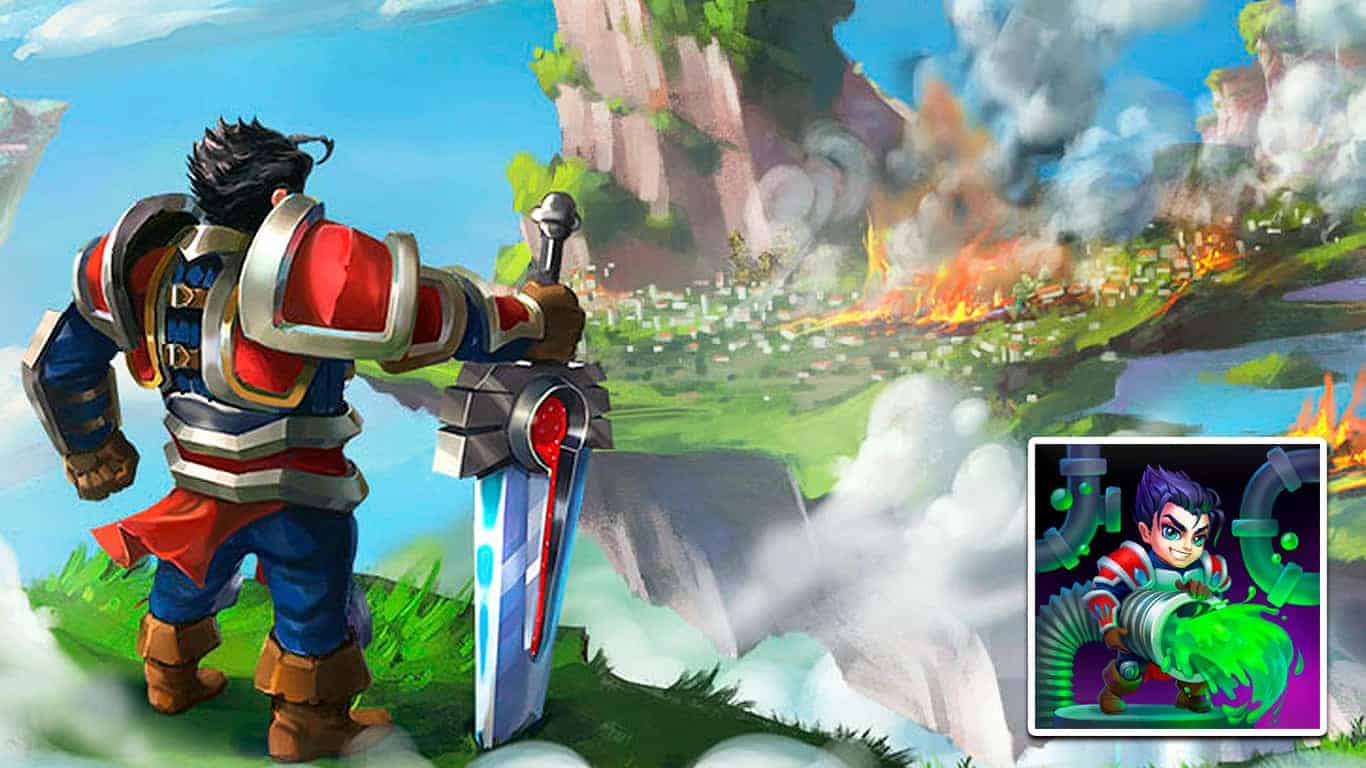 Throughout your adventure in Hero Wars, you’ll get your hands on a wide range of unique heroes, but which ones should you bring on your team and spend resources on for the long term?

In this tier list, we help you decide by giving you an overview of each hero’s potential and strength.

Some of the very best heroes overall in Hero Wars include Astaroth, Martha, Aurora, Lars, Krista, K’arkh, and Jorgen.

All of which will do exceptionally well in almost every situation. Investing resources in any of these heroes is an excellent decision and will ensure your team does well throughout the campaign.

You can find more details on each champion in the full tier list below.

With almost 50 unique heroes in the game and more being added continuously – all with their own skillset and playstyle, it can be overwhelming when trying to figure out which heroes to invest your resources into and bring on your team.

Therefore, we’ve created this Hero Wars tier list to give you an overview of each hero’s potential in the game overall.

Using this tier list, we believe you have a high chance of spending your resources more efficiently and thereby progress faster through the game.

This tier list ranks each hero from Hero Wars in either S, A, B, C, or D tier.

When choosing which heroes to bring onto your team, you should also keep other factors in mind than just a hero’s tier – learn more about this in our team building guide.

Here is a short rundown of what each tier represents.

S tier – Heroes in the S-tier are the best in the game. All these heroes will do well on any team, and are sure to help you progress through the game fast. Putting any S-tier hero on your team and spending resources on them is an excellent idea.

A tier – Heroes in the A-tier perform exceptionally well in battle. You can, with great certainty, use heroes from this tier on your team for a long time without issues. Some combinations of heroes in this tier might even outperform some S-tier heroes.

B tier – Heroes in the B-tier perform as you’d expect from an average hero. They are not exceptionally strong but are not weak, either. B-tier heroes are fine to use just for a while, but you should aim to replace them at some point.

C tier – Heroes in the C-tier are not very powerful, but can be used at the beginning of the game. We do, however, not recommend you spend significant resources on C-tier heroes as you want to replace them soon.

D tier – Heroes in the D-tier are way below average in terms of power and potential. You should aim to replace these heroes as soon as possible, and definitely shouldn’t spend significant resources on these heroes.

Heroes with a + next to their rank are even stronger or more useful than their assigned rank.

*Krista and Lars are only their assigned rank when paired together.

The current tier list is based on the tier lists and information from top Hero Wars player, ImYY4U, Hero Wars YouTuber, Hero Wars Secrets, as well as the Hero Wars Subreddit.

Tank heroes are a great addition to any team as they bring lots of defenses, shielding your damage dealers and supports from being taken out early in a battle.

Many tank heroes have crowd control or support skills, as well.

Here are some of the very best tank heroes in Hero Wars.

If your team struggles with enemy damage, Astaroth is one of the best additions you can make to your team.

Astaroth only has one skill that deals damage, but he has several incredible tanky abilities.

Furthermore, his passive skill, Demon’s Allegiance, makes Astaroth tank a considerable percentage of the damage the hero with the least health left takes and even at a reduced rate.

Lastly, Astaroth Last Word skills allow him to resurrect a fallen ally once per match, including himself, which is an incredible utility to have in battle.

Tankiness, control, and damage is what Cleaver brings to your team.

Cleaver has two control abilities, which both deal damage.

The first is Rusty Hook, which pulls and enemy to him, shielding the rest of your team from that hero.

His other control skill is Mutilation, which damages and stuns an entire area in front of him.

Besides his useful skills, Cleaver’s stats are high, especially his defenses, making him an incredible tank.

Teams without any attacker heroes can find themselves in a struggle at times, as they simply don’t have enough damage output.

Attacker heroes generally have lower defenses and no supportive abilities but do have one thing, damage.

Here are some of the very best attacker heroes in Hero Wars.

Krista is a powerful mage with lots of spells that deal significant damage.

Because of her stats and her skills, she dishes out a lot of damage through a battle, making her a fantastic addition to your team if you need more damage.

Krista is best paired with Lars, as he can activate the marks Krista leaves on enemies with some skills.

Another great attacker hero in Hero Wars is Jhu, a marksman with skills that boost his ranged attack.

His skill, You will not stop me, significantly increases his attack speed and makes him invulnerable while active.

His other skills revolve around the same playstyle, as he has a skill that makes him deal true damage, one that increases his attack power and makes him focus ranged enemies, and lastly, a skill that heals him.

Besides that, Jhu has great attack stats, but like many attacker heroes, he lacks a bit on the defense side.

Supportive heroes are often underrated by players, as they generally don’t have much damage output and are very squishy.

However, some support heroes can make a major difference on a team because of their useful support skills.

Therefore, you should consider adding support heroes to your team if you find yourself stuck or want to optimize your team.

Here are some of the very best support heroes in the game.

In terms of pure support and utility, Jorgen is definitely a hero to consider if you are looking for just that on your team.

Besides being able to summon a Skull that renders affected enemies unable to regain energy for a while, he also has the ability to steal energy from the enemy and put a shield on an ally, which also makes that hero regain energy twice as fast.

Lastly, Jorgen can put a powerful curse on an enemy backline hero, making you able to take down the squishy targets on the enemy team fast.

If you’re not looking for a purely supportive hero, then Martha is an excellent choice for your team.

She combines both being tanky and being a support.

Martha’s first skill, Foremother’s Oath, increases her allies’ speed by 240%, but her strength lies in her healing totem, which can only be destroyed by AoE attacks.

Furthermore, Martha can heal herself, making her even harder to take down, considering her tanky stats.

If you have any input or suggestions for this tier list, you can leave them in the comments below.

Hero Wars – How To Reroll Guide