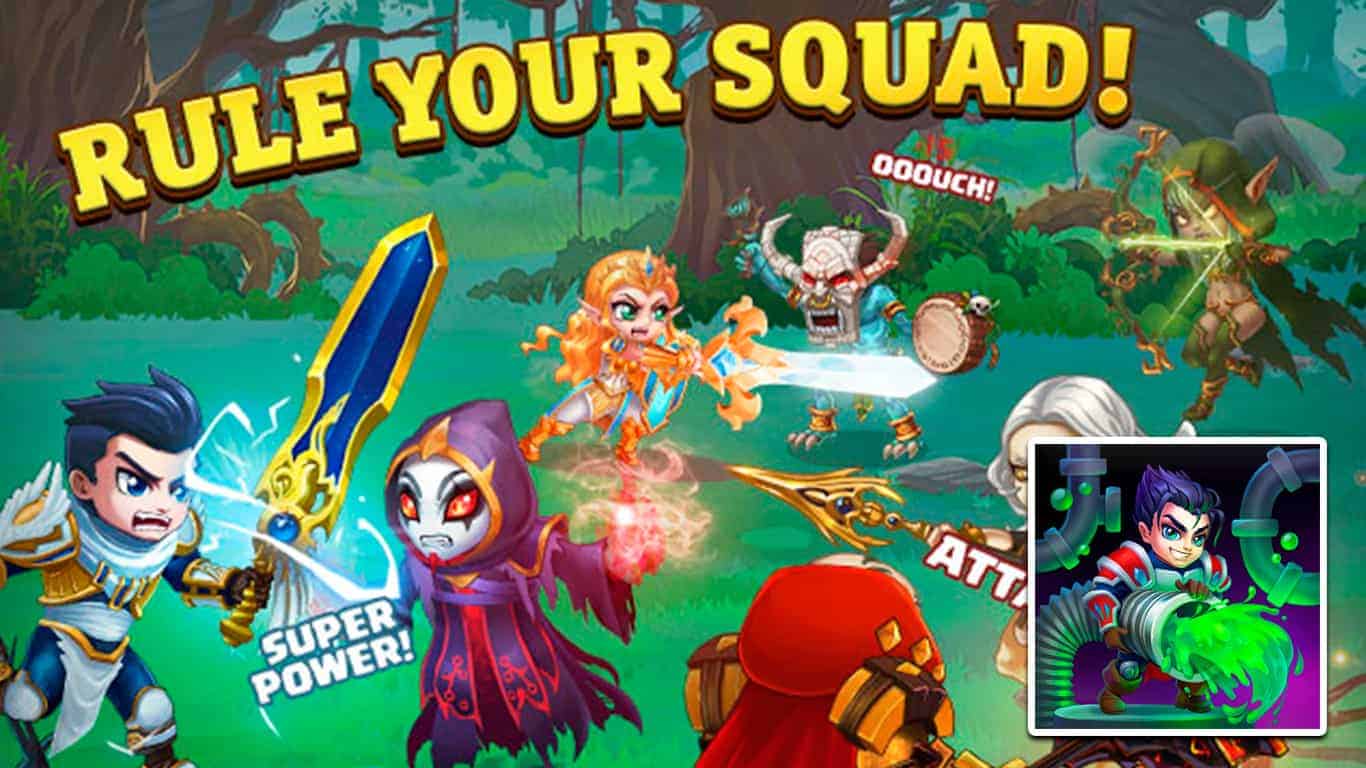 The main objective for you in Hero Wars is to build the ultimate team so you can beat the toughest levels and win against the best players.

With more than 50 unique heroes in the game, it can be overwhelming when it comes to building the ultimate team.

In this guide, we give you the tips you need to create an amazing team in Hero Wars, as well as examples of real top-tier teams created by players of the game.

When building your team, you want to have a balance of roles – having a mix of damage dealers, supports, and tanks.

You want to look for synergies and combos between heroes on your team to improve your team’s overall power and utility.

Lastly, you want to use powerful heroes that are sure to fill a specific role well – more details on all of these factors below, as well as examples of teams created by top players.

Best teams for Campaign and Tower

To help you get some inspiration for creating your team in Hero Wars, we’ve collected examples of real top-tier teams created by players.

If you like any of the teams you see below, you can build it yourself, and you’ll be certain you’ve got your hands on a great team.

You can also tweak any of the teams below if you like elements within any of them.

Here are the best teams to use in PvE in Hero Wars, specifically in the Campaign and in Tower.

The teams are in no specific order in terms of how good they are.

This is a powerful, well-rounded team that has both tankiness, damage, and plenty of support.

You can certainly do well in the Campaign and Tower with this team, given its ability to keep its ground against tough opponents.

The Lars and Krista combo is present on this team, which is an amazing late-game DPS combo.

To help the core of this team that is Lars and Krista, you have plenty of support and frontline defense.

A mixture of strong supportive heroes with lots of healing as well as buffing and powerful attacker heroes.

With this team, you get both great damage and amazing sustainability.

A combination of great damage and lots of tankiness is what you get with this setup.

To help keep these strong heroes alive, you have Nebula to support, buff, and heal from the backline.

An overall solid team with a great balance of damage, healing, crowd control, and tankiness.

The combination of Martha, Jorgen, and Astaroth makes this a hard team to deal with, allowing Jhu and Orion to dish out plenty of damage.

In Hero Wars, you can fight other players in the Arena, which is the PvP system of the game.

If you’re looking to climb in the Arena ranking, then building or optimizing a team for PvP is a great idea.

Here are the best teams to use in PvP in Hero Wars, the Arena.

The teams are in no specific order in terms of how good they are.

With this team, you get a ton of control and healing, which will help out your two main damage dealers Yasmine and Keira.

You get both great damage and excellent defensive stats from the heroes in this team.

This Arena team is a great combination of damage and sustainability and has the Lars and Krista combination.

By having both Martha, Astaroth, and Jorgen, you have lots of healing, shielding, and enemy energy reduction, all of which make your team tough to take down.

This is a special team for Arena that has a total of three support heroes.

All the support, control, and healing make the tank of the team, Corvus, a lot stronger and harder to take down while Keira can dish out damage.

Here we have another team with plenty of support and control.

All the utility and control this team has paired with Jorgen’s energy stealing creates a great combo for the Arena.

A well-rounded, strong Arena team with two supports, two attackers, and a team.

This team performs very well in many different situations, given its balance.

In Hero Wars, there are a total of 7 different hero roles, with each hero in the game being one of two of these roles.

Players do, however, usually talk about three overall hero roles instead; tanks, damage dealers, and supports with each of the seven roles belonging to one or two of the overall roles.

When creating your team, you want to keep the three overall roles in mind to balance out your team.

Failing to do so will cause your team to have too much or too little of a certain aspect, such as support or damage.

The general consensus is that a great team consists of three damage dealers, one tank, and one support.

By having this combination of roles, you ensure your team has enough damage to take out enemies while being able to survive hard-hitting skills and continuous damage by having a tank and a supportive hero to back everyone up.

Most players choose to bring a hero with the ability to heal as their support because of the significant increase in your team’s survivability.

Another factor to consider when choosing which heroes to bring on your team is synergy.

How each hero interacts and boosts other heroes on your team can be a deciding factor in battle.

For example, if you bring a hero that boosts the magical damage of your team, you’re getting far more total damage output by bringing purely magical damage dealing heroes and likewise with physical damage.

Furthermore, focusing entirely on magical or physical damage allows you to optimize your team’s damage output as most heroes have some skills that help other heroes with the same type of attack as them.

Therefore, choosing either magical damage or physical damage for your team will ensure a higher level of synergy than were you mixing the two.

You should, however, still, look for specific boosts and skills that suit the team you are building.

Some heroes in Hero Wars pair up exceptionally well with other heroes because of skill combos.

Certain skills in the game require some conditions to deal extra damage or apply extra effects such as Lars and Krista with Mark of Water.

Lars deals 40% extra damage and applies 20% longer stuns to enemies with the Mark of Water, which Lars himself can apply to enemies.

Krista can do so as well, and at a faster pace than Lars.

Therefore, Lars is way more powerful when Krista is present on the team.

Examples of other powerful hero combos include K’arkh & Kai, and Cleaver & Peppy.

Consider bringing a strong combo on your team to increase your chance of beating powerful teams.

Even though many heroes in Hero Wars can be useful on a team, so heroes are simply better at filling a specific role.

Therefore, we recommend you keep the potential and power of each hero in mind when deciding who to bring on your team.

We’ve found that these following heroes do well on almost any team, so consider using these if you get your hands on them.

You can find more details on these and all the rest of the heroes in the game in our Hero Wars tier list.

Tier lists like ours is a great tool to use for general guidance when building a team.

However, it shouldn’t be the sole reason for creating a particular team.

Simply choosing five S-tier heroes and throwing them together on a team will give you a good team.

Chances are, however, that you’ll get an even better one if you keep the other factors mentioned in this guide in mind as well.

That’s our take on how to build the best team in Hero Wars, as well as examples of teams created by top players.

Using these tips and examples of teams created by top players, you are ready to improve your current team or build a new one from scratch.

If you have any other tips for building a team in Hero Wars that you believe our readers should know, then let us know in the comment section below.

Does Hero Wars Have Redemption Codes?