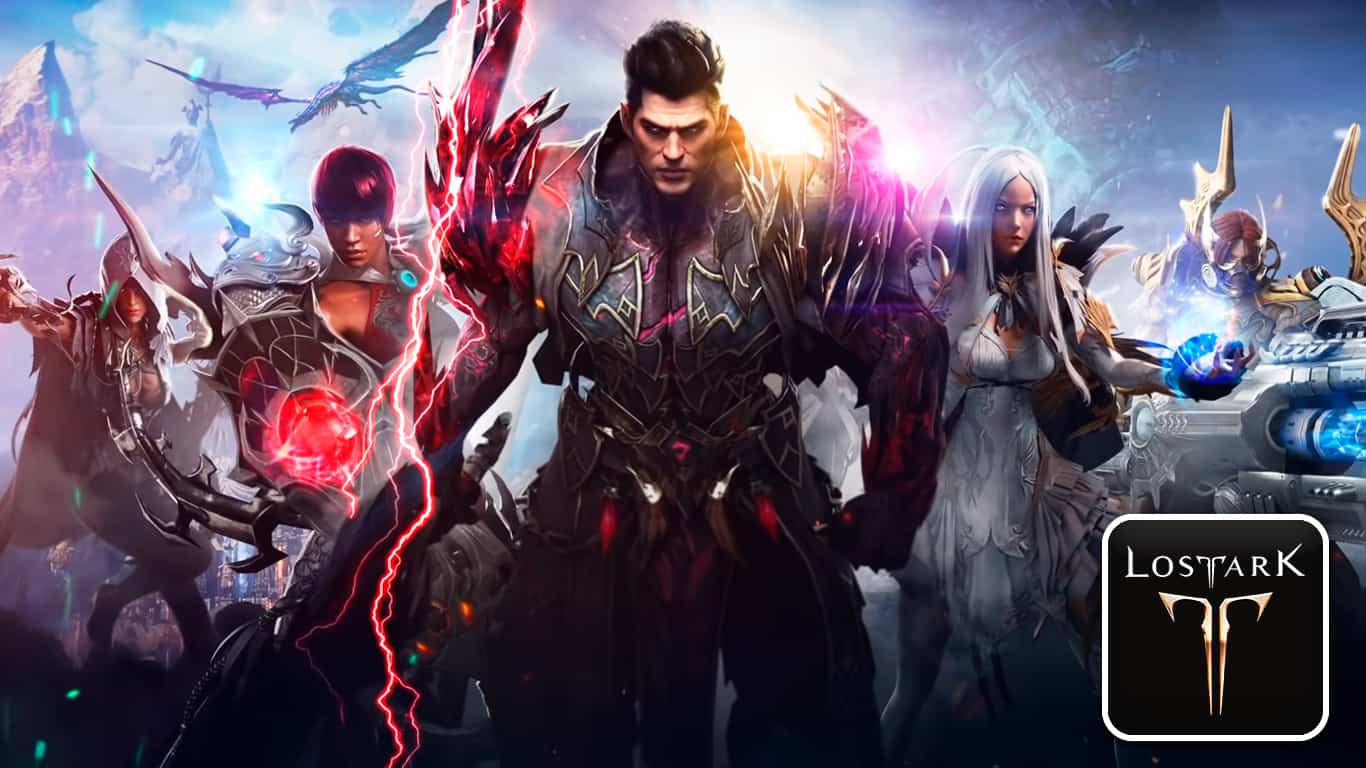 For most players, the hardest decision in Lost Ark is choosing what class to play. With the number of amazing classes in the game, it’s understandable why that’s the case.

There is currently a total of 15 unique classes to play in Lost Ark, which are known as advanced classes, each of which belongs to one of 5 overall classes or branches.

Recommended Read: Lost Ark: What Class to Play as a New Player

Each class features a unique skillset and playstyle, and with all classes in Lost Ark being more than viable to play because of great balancing, there’s certainly a class that suits you.

Sometimes, you do just want to play one of the strongest classes, though, which is why we’ve created this tier list.

In this tier list, we rank all classes in Lost Ark based on how powerful they are and their value on a team in a PvE setting, as well as how well they perform in PvP.

With a total of 15 unique advanced classes to choose from in Lost Ark, each with a unique skillset and playstyle, it’s no easy task to pick what class to play.

Note that every single class in Lost Ark is more than viable to play, as the developers have done an excellent job at balancing the different classes. If you like one class more than another, you can safely go with it.

If you do want to pick your class based on which ones are the best in a certain aspect of the game, check out the following tier list.

You can find more information about each advanced class in the following tables, where each class’ rank is also displayed.

In the following tier list, we’ve ranked every single class in Lost Ark based on how powerful and useful they are in a PvE setting. This includes damage, survivability, utility, and soloing capabilities.

This table shows the ranking of each class in Lost Ark based on how powerful they are in PvE.

The rankings in the tier list above are based on the rankings and experience of seasoned players of Lost Ark, including the Korean player JiuDau.

Do you disagree with these PvE rankings? Share your input with us in the comment section below.

In the following tier list, we’ve ranked every single class in Lost Ark based on how well they perform in a PvP setting, where you can test your skills against other players.

This table shows the ranking of each class in Lost Ark based on how powerful they are in PvP.

The rankings in the tier list above are based on the rankings and experience of seasoned players of Lost Ark, including the Korean PvP grandmaster Roah.

Do you disagree with these PvP rankings? Share your input with us in the comment section below.

Though classes are ranked in different tiers in the tier lists above, they are all close in power and usability because of great balancing by the developers.

You can, without worry, play any class that you like. So, if you prefer one class’ playstyle over another, we recommend you to go with that one.

The meta and how much a certain class is used changes quickly in Lost Ark.

There have been several examples in the Korean version of Lost Ark, where one class that previously wasn’t used much and ranked among the lowest suddenly became the most used and one of the highest-ranked classes.

For convenience sake, you can also find the rankings of each class in Lost Ark in bullet form here:

The ranking of each class is subject to change as new classes are released, updates are rolled out, and the meta changes.

In many situations in Lost Ark, the goal is to deal lots of damage quickly, but that’s not the whole story.

It’s difficult to precisely measure what class deals the most damage in the game. Firstly because many are very close in damage output, and secondly, it depends on the boss encounter or what enemies you face.

Furthermore, someone who plays a class that does less damage than others on paper might deal significantly more damage than those playing the class with the highest damage on paper, given that the first one maneuvers better, avoids more attacks, and has better control of their rotation.

However, if your goal is to sling out as much damage as possible? Then go with one of the following classes in Lost Ark, as they’ll give you the highest chance of accomplishing that.

The Gunslinger advanced class is a ranged DPS with high damage output and defenses that reflect the high damage potential.

When playing the Gunslinger class, you need to be wary of your surroundings and avoid powerful attacks from bosses to keep yourself alive.

That being said, Gunslinger came out on top in a test done by one of the top Lost Ark players in Korea, JiuDau.

Achieving that level of damage output will, however, be difficult in a real boss situation.

Gunslinger’s identity skill is the ability to change between Handgun, Shotgun, and Rifle, each of which possesses unique skills, allowing for a variety of playstyle with this class.

If shooting powerful abilities while swiftly moving around your targets sounds like fun to you, go with Gunslinger!

Berserker is an advanced class everyone can understand and get behind.

Being the rampage-fighter of Lost Ark using a massive sword to slay enemies, you won’t be short of action with this class.

Playing the Berserker class comes with an advantage for many players, and that is the fact that you have both amazing damage and great defenses.

So even though you’re a melee DPS class that’s right on top of enemies, you’ll have plenty of defenses to help you along your way.

For those who enjoy large fiery sword attacks and wild action, check out the Berserker class!

The Sorceress advanced class is the classic mage that you know and love.

Massive elemental skills and spells are what you can expect when playing as a Sorceress.

The range, crowd control, and utility of this class’ skills give you great control when playing the class, and the damage is high as well.

Your dodge move is a snappy teleport that’ll quickly get you out of the way of an incoming attack.

In the mood to cast huge powerful spells from a fair distance? Go with Sorceress.

Though tanking as you know it from other MMORPGs isn’t a thing in Lost Ark, there certainly are some classes that are tankier than others.

When fighting bosses in a raid in Lost Ark, you won’t be having someone taking aggro from the boss like you would in World of Warcraft, for example.

Instead, everyone has to avoid incoming attacks where they are positioned. The tankier classes can just handle not avoiding as many.

That being said, if you’re after a tanky class to play in Lost Ark, here is your best bet!

The Gunlancer advanced class roams the world with a shield and a massive weapon that acts both as a gun and a lancer.

Though some of your skills use the gun part of your weapon, all your attacks are close-ranged, which the Gunlancer can handle, given its fierce defenses.

When playing Gunlancer, you have plenty of control as well, featuring both crowd control like the Hook Chain that pulls enemies close and defensive mode for you or your allies through the class’ identity skill.

Besides being a fantastic class to play for yourself, your allies will love the utility you bring to a battle.

If you like being upfront with enemies and dishing out powerful attacks with a massive weapon, then give Gunlancer a try!

Support classes are always needed in MMORPGs, and it’s no different in Lost Ark. You need them in the raids that await you.

In Lost Ark, support classes both deal damage themselves and help their teammates survive, boost their damage, and apply crowd control to enemies.

There’s a reason why support classes are considered among the best to play in Lost Ark. You’ll get the full package when playing them.

There are currently only two support classes to play in the NA/EU version of Lost Ark, both of which are fantastic classes.

Bard is a support from the overall class Mage, who uses ranged musical skills to keep enemies in check while helping and boosting her allies.

When playing the Bard class, you won’t feel like a support who cannot defend themselves. You have plenty of powerful attacks yourself.

Many of Bard’s skills work by dealing AoE damage in a large area and at the same time boosting stats like attack speed for your teammates, making the class very sought after for raids and dungeons.

Along with AoE and buffs, Bard has several crowd control skills that come in handy both in PvE and PvP.

If you want to play a class that has a bit of everything while being a full-fledged support, check out the Bard advanced class.

The advanced class Paladin is the tankier support choice, wielding a mighty sword and skills that show the Paladin is from the Warrior class.

Paladin can be played as both a DPS class and as a support class, but the support build of Paladin is far superior to the DPS one, especially late-game. In raids and dungeons, Paladins are almost exclusively played as support.

When playing Paladin as a support, you’ll be focusing on its yellow skills, which are the ones that buff and heal your allies.

While you level up as a Paladin, you’ll be mostly using your blue skills, which are your DPS-focused attacks.

Do you want to execute powerful skills while giving your allies a boost against tough enemies? Then the Paladin class is for you.

It can be overwhelming when trying to decide what class to play as a new player in Lost Ark.

If you’re new to the genre and unsure what to pick, the following classes are great picks that any new player will do well with:

While these classes are all fantastic picks for a new player, you can play any class that you like and have no problems.

Lost Ark has done an amazing job at balancing the classes and making each one feel natural so that no class will feel out of your league.

The classes listed above are just recommendations that have a strong overall kit that any new player is sure to enjoy, and many will feel familiar with classes in other MMORPGs.

For those who want some extra hands-on experience of how a class feels, we recommend creating all five overall classes on a server you aren’t going to play on and then using the Class Tester.

The Class Tester is located right across the light bridge that you walk over right after creating a character, and there you can test all the advanced classes within the overall class.

Check out our guide on what class to play as a new player in Lost Ark for more information on picking your first class and the classes listed above.

Those are the best classes to play in Lost Ark!

Lost Ark – Skills Guide: How To Get Skill Points, Wiki