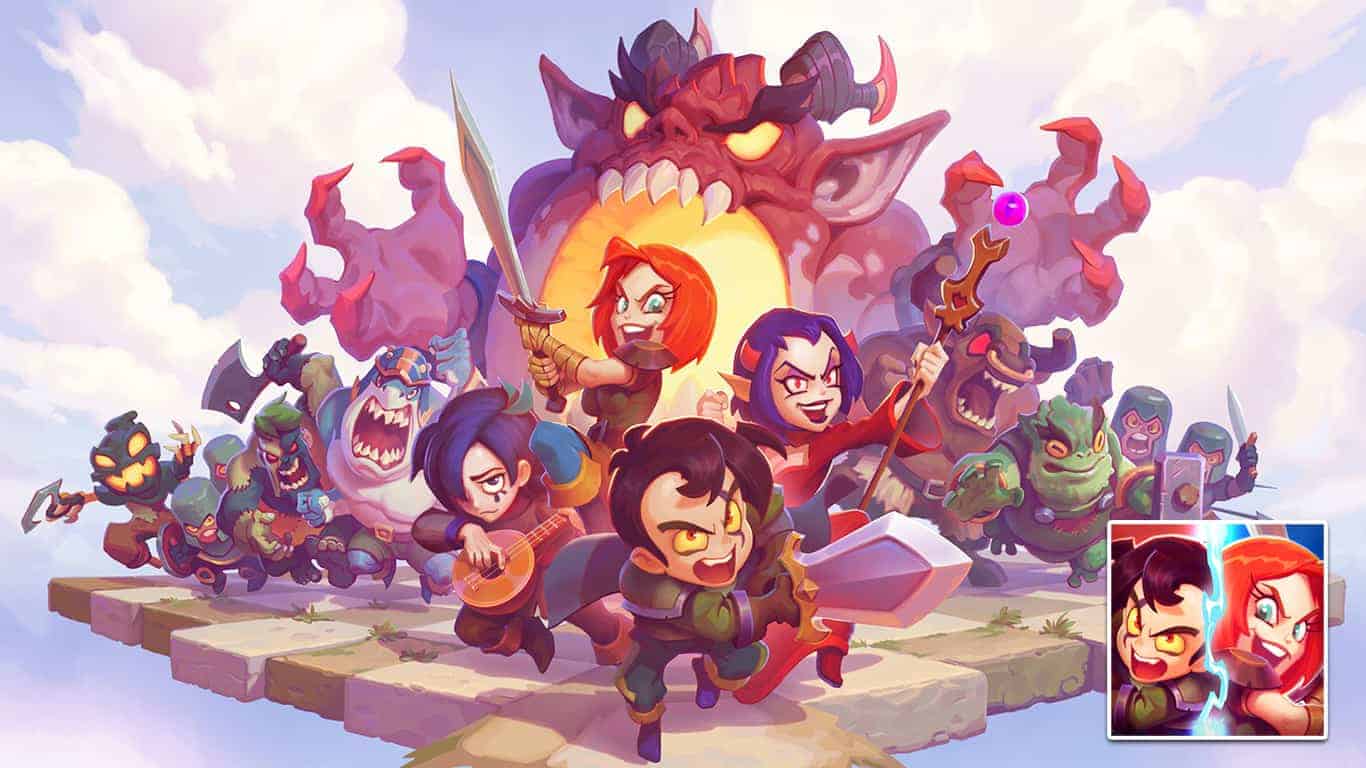 Auto Brawl Chess is an interesting take on the auto-battler battle royale genre by Panoramik Games.

In this game, you can collect heroes outside of battles to upgrade them further and give them equipment.

Winning battles in Auto Brawl Chess requires strategy and the ability to adapt your setup to the heroes you pull.

This guide gives you tips and tricks on how to increase your chances of winning battles in Auto Brawl Chess.

The game is available on Google Play and the App Store.

Auto Brawl Chess is an auto-battler mobile game where the main task is to beat other players in battle.

Battles consist of rounds against one of the players in your lobby at a time.

Through these battles, you’ll be building a team of heroes that you will use until the end of the battle royale.

Each round, you are presented with a selection of random heroes.

You can spend coins to purchase any of these heroes, but you can also reroll if you want to roll a new selection of heroes.

You automatically earn coins each round. However, there are a couple of things you can do to earn more.

You get extra coins by holding a large amount, which will earn you interest, by winning rounds and being on a win or loss streak.

It’s important to collect copies of the same heroes in battle, as this will rank them up, making them more powerful.

Furthermore, you should aim to achieve faction bonuses by using heroes with the same faction.

Faction and class bonuses are the single most important factors of how strong your team is.

Faction and class bonuses are stat boosts your entire team or heroes of a specific faction or class get.

You activate faction and class bonuses by having multiple heroes of the same faction or class on your team.

Because of this, it’s a great idea to build your team with heroes of the same faction and class.

Here is a list of the different faction and class bonuses in the game, as well as how many heroes of the same faction you need on your team to unlock them.

Unlike other auto-battler mobile games, you can collect heroes in Auto Brawl Chess outside of battles to upgrade their stats and give them equipment.

Having to collect heroes creates an extra layer of progress, which is a unique take on the genre.

The main way to get heroes in the game is by using the heroes summon feature in the shop.

There are three different types of summons, Heroes, Champions, and Gods.

The Heroes summon is the basic summon, which gives between 37 and 112 hero cards of random rarity.

The Champions summon is the premium summon, which gives between 125 and 375 hero cards of random rarity.

Both of these summons have the following rarity rates:

The last type of summon is Gods, which is a special summon that is only available during events.

You get a free Heroes summon daily, so be sure to use that.

To do Heroes summons, you need common scrolls, which you can obtain from rewards, including quests and events.

To do Champion summons, you need special scrolls, which are harder to come by but are also obtainable through quests and events.

You can also use gems to do additional Champion summons.

Lastly, heroes can also be obtained through events, daily playtime rewards, and from ranked game rewards.

Level up and upgrade heroes

In Auto Brawl Chess, you can both level up and upgrade heroes.

As you collect your own set of heroes throughout the game, you can level up heroes outside of battle and upgrade them further in battle by collecting copies.

To level up heroes, press the Heroes tab on the main menu screen and select the hero you wish to upgrade.

Press the level up button to level up heroes.

Leveling up heroes cost both gold and hero cards.

You can further improve your heroes’ power by equipping gear, which is done in the same window as leveling up.

Gear can be obtained through equipment summon in the shop, events, and quests.

Besides leveling up heroes outside battle, you should upgrade them, also known as ranking them up during battle.

If you collect multiple copies of the same hero in battle, they combine into a higher rank, making them more powerful.

Collecting two rank one copies of the same hero will automatically give you one rank two version of that hero.

Collecting two rank two copies of the same hero will automatically give you one rank three version of that hero.

How to earn and spend coins

Coins is the currency you use in battles to buy heroes, reroll, and increase the number of hero slots on your team.

Every single round, you get a number of coins that depend on a couple of factors.

All players receive a basic income of coins each round.

On top of the basic income, you can get additional coins by winning the round, which will give you an extra coin.

If you’re on either a winning or losing streak, you will get additional coins as well.

Therefore, it’s a good idea not to spend all your coins as soon as you get them, as you’ll have more in the long run because of interest.

In some situations, it might, however, be best to spend all your coins instantly.

At the beginning of the game, we recommend spending most of your coins on increasing the number of hero slots on your team.

Later on, you can start buying rerolls, but you shouldn’t do this before you have a lot of hero slots and an established team.

The character you see in the top left corner of the main menu is your warlord, who also appears in battle.

Warlords have the sole purpose of giving your team a buff. They don’t fight in battle like regular heroes.

The buffs warlords give your team can be a deciding factor in the outcome of a battle.

You start by having Rowan, a warlord who gives all allies a 15% health boost.

You can unlock other warlords by reaching a higher rank in the ranked system, participating in events, and by purchasing them with money.

To change your warlord, press the character icon in the top left corner of the main menu, go to the warlords tap, and select another warlord.

In the warlords tab, you can also see all warlords in the game, their buff, and how to get them.

You are now ready to take on the world of Auto Brawl Chess!

Your chances of winning are hopefully higher after reading the tips and tricks in this guide.