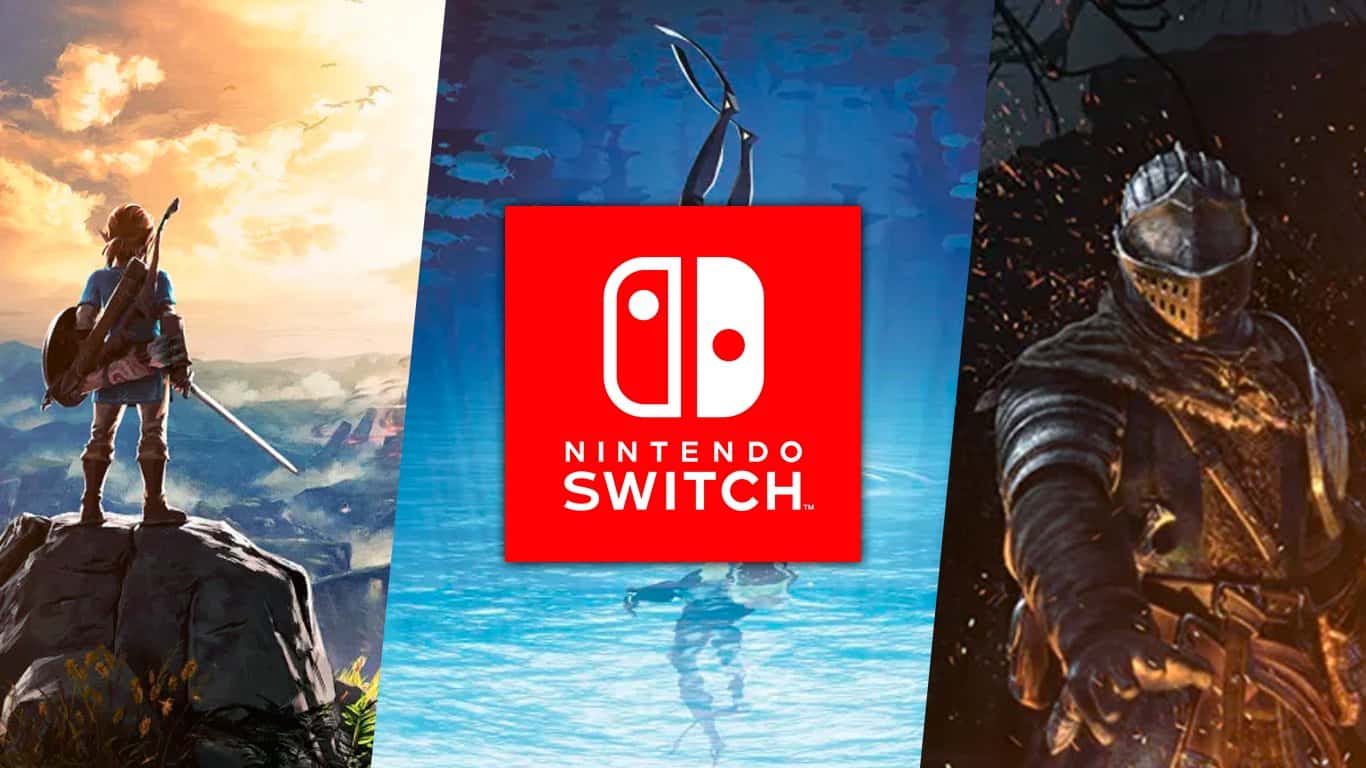 At home or on the go, the Nintendo Switch has got you covered.

You can immerse yourself in action and adventure on your television or simply on the portable unit in your hand.

If you are the type of gamer who enjoys adventures and exploration, then today is your lucky day.

Recommended Read: Nintendo Switch Games Like Breath of the Wild

Today we’re going to review some of the top titles out there to feed your adventure craving and give you a little taste of what each game has to offer.

Let’s talk about the best exploration games for the Nintendo Switch!

Bethesda’s hit is available for Nintendo Switch, and we’re happy to report that it has ported quite well.

The world of Skyrim is huge, and you can now explore it from wherever you like.

Play it on your television, in the subway, or on the plane. Frankly, we’re not sure how they fit the entire, vast world of Skyrim inside, but this port has nailed it.

Whether you are a veteran or new to this world, you are in for a treat.

In Skyrim, you play the part of the Dragonborn, a hero whose fate is to slay a vicious dragon known as ‘Alduin the World-eater’. Yikes!

Skyrim gives you a free-form adventure that lets you do things like steal from merchants, pick locks, hurl spells, shoot arrows, and more – everything you want in a fantasy game. The areas you can explore seem endless!

This Skyrim also takes advantage of the Switch’s unique controllers so that you can hurl spells or send arrows flying by tilting the controller just right or clicking the joysticks in place.

It takes a little getting used to, but once you’ve learned the controls, it’s really a treat.

If you want a world that will keep you happily occupied for a long, long time, then Skyrim is one of the best.

Some games push you into a linear, stress-filled path designed to move you through as quickly as possible from scene to scene.

This is not the case with 505 Games’s Indie hit ABZÛ. This is a game that encourages you to take your time and explore, and oh, what sights you will see!

In ABZÛ, you take the part of an unnamed diver, and after a quick introduction to the controls, you are given free rein to explore the world beneath the depths of the sea.

The scenery is gorgeous and interactive, and the story is rich as well.

In ABZÛ, your job is to explore the rise and fall of an underwater civilization, but unlike most other games, it’s not really about winning or losing.

You can explore underwater caves, navigate through swaying seaweeds, and even interact with the friendlier fish nearby (though with the unfriendly ones, you might need to cleverly distract them!).

Each environment gives you new and amazingly detailed things to see as the story progresses, but there is no pressure on you.

Even better, each little ecosystem that you explore is designed to keep your attention for 15 or 20 minutes at a time, so ABZÛ never seems to get dull.

It’s even got 3D sound to complete the glorious illusion of exploring an underwater world.

If you want an adventure that focuses on keeping you amazed rather than pushing you from place to place, then you’re going to love ABZÛ.

Exploration isn’t always a peaceful foray, and that is especially the case in Dark Souls: Remastered.

In Dark Souls, you enter the world of Lordran, where you are currently imprisoned in an Asylum.

If that wasn’t scary enough, you are also undead, suffering from a curse known as the Darksign, which allows you to live forever – but also to lose a piece of yourself every time you die.

As the game begins, an undead knight named Oscar pushes a dead body into your cell with a key in its pockets, telling you of his quest to rid the fantasy world of Lordran of its curse.

Once you take the key and open the doors, your exploration journey in the hellish landscapes begins.

You’ll start your journey by being carried to Lordran in the grip of a giant crow, where you’ll have to defeat a demonic guardian.

It doesn’t get any easier after that, either. Dark Souls: Remastered is an amazing port, and it feels like the Nintendo Switch was made for it.

The 30fps is a good compromise for the portability, and for those who played the game before, it is faithful to the original, and you are in for a treat.

For newer players, we’ll warn you that you are going to die a lot as you master the control system with the Switch’s innovative controls, but once you get your bearings, this hack-and-slash fantasy foray is guaranteed to keep you glued to your console for a very long time.

If you want a game that actually takes some skill to survive, then Dark Souls is ready and waiting.

StarFox is back in one of his greatest adventures.

One of the perks of Nintendo has always been its proprietary titles, and Starlink is no exception.

You get the kind of unique adventures that brought you to Nintendo in the first place, and we’re happy to report that we LOVED it.

In Starlink, you get to customize a starship and crew it with characters that bring their own unique personalities and skills to the table.

The voice acting is top-notch, so you feel a vested interest in your chosen crew, and since your ship is completely customizable, you get to make the exploration and the space battles a unique experience that is all your own.

There’s a lot to explore, too, as the Atlas Star System contains seven unique, alien worlds.

When you feel like a little acrobatic, you can simply launch from the planet right back into space!

As far as ship customization, you can add up to 3 wings to your ship, and this has a pronounced impact on things like its defense and speed.

Not only that, but you can equip different weapons on each one, and each pilot will let you utilize your custom ship in different ways, depending on their specific skills.

It’s one of the best exploration games for the Nintendo Switch in that it will rekindle your love for space-shooting exploration and as such, it comes highly recommended.

When it comes to selling Nintendo consoles, the single most enticing factor has always been the world of Hyrule.

The Legend of Zelda franchise never ever disappoints, and if you don’t have a Switch already, you should get one for this game.

Breath of the Wild does a great job of taking us back to Hyrule, and you’ll get to stay there for a while, with 50+ hours of gameplay being virtually assured.

In this game, Link wakes up from a 100-year slumber to confront Ganon once again, and Nintendo somehow still manages to make it feel fresh.

In the story, Link awakens with no memory of what happened before he went to sleep.

The King of Hyrule’s ghost appears, telling him that Ganon was responsible for killing four champions of the kingdom, as well as the King himself.

To set things right, Link must free the spirits of the four champions, and the adventure is nothing short of epic.

You’re going to have to solve a number of riddles on the way as you empower Link to face his foes, and it really keeps things fresh and interesting.

Between the gameplay and the immersive visuals, it’s a worthy return visit to the kingdom of Hyrule.

So, if you’ve missed Hyrule as much as the rest of us, you need to get this title now.

Keep Games gives us an amazing survival-adventure sandbox in their offering of ‘Portal Knights’.

In this RPG, you enter a fantasy world that has been torn apart by an event known as ‘The Fracture’ in a quest to thwart the Hollow King and his evil machinations.

The worlds you may visit are unique and largely randomly generated.

However, that’s not all that is new, as you can mine and acquire resources through combat, which allows you to customize your supplies, your home, and even your own island if you want to!

The game offers a split-screen mode, and you can play in 4-person multiplayer groups as a warrior, mage, or ranger, but you can also play Portal Knights alone if you so choose.

Where the game really shines is the crafting and customization, so those who like to explore and really make a game uniquely their own will be very pleased with this game.

As far as gameplay goes, the bosses are epic, it’s got visuals that are truly a delight, and with the randomization, you never really know what you’re going to be in for.

This is definitely an exploration game that won’t get old anytime soon.

Geralt, the monster-killing Witcher, is back, and this time he can also jump, swim, and climb!

Fans and newcomers to the franchise will enjoy this title, which begins as Geralt receives a letter from his sorceress lover, Yennefer, and learns that an apprentice of his is being chased by the otherworldly and ill-omened Wild Hunt.

We won’t spoil the story for you, though we can tell you that this game has three endings that you may achieve, so it comes with good replay value.

You also get 12 skill slots to upgrade Geralt, and the AI for monsters really makes the environment realistic and to be feared.

For instance, werewolves will indeed be more powerful when it’s night and the moon is full!

The world that you can explore is open, and there are several regions that you may reach by foot, boat, or via your trusty horse, Roach.

As far as the combat system, the Switch controls feel intuitive and let you wield a number of standard and exotic weapons with ease.

You can choose to follow the main quests exclusively if you like, but there are numerous side quests that are well worth your while, and as you’d expect from a Witcher title, it’s going to keep you entertained for a long time with an estimated 70+ hours of gameplay.

All in all, this is definitely one of the best exploration games for the Nintendo Switch.

We hope that you’ve found your next favorite title on this list of the best exploration games for the Nintendo Switch.

True to their trademark style, Nintendo keeps things immersive and fresh, and with the Switch’s portability aspect, the good times can follow you wherever you go.

Adventure awaits! So whether it’s space travel, action-packed combat, or a trip back to Hyrule that you are craving, these titles are ready to deliver!

What Gambling Site Do the Nelk Boys Use?