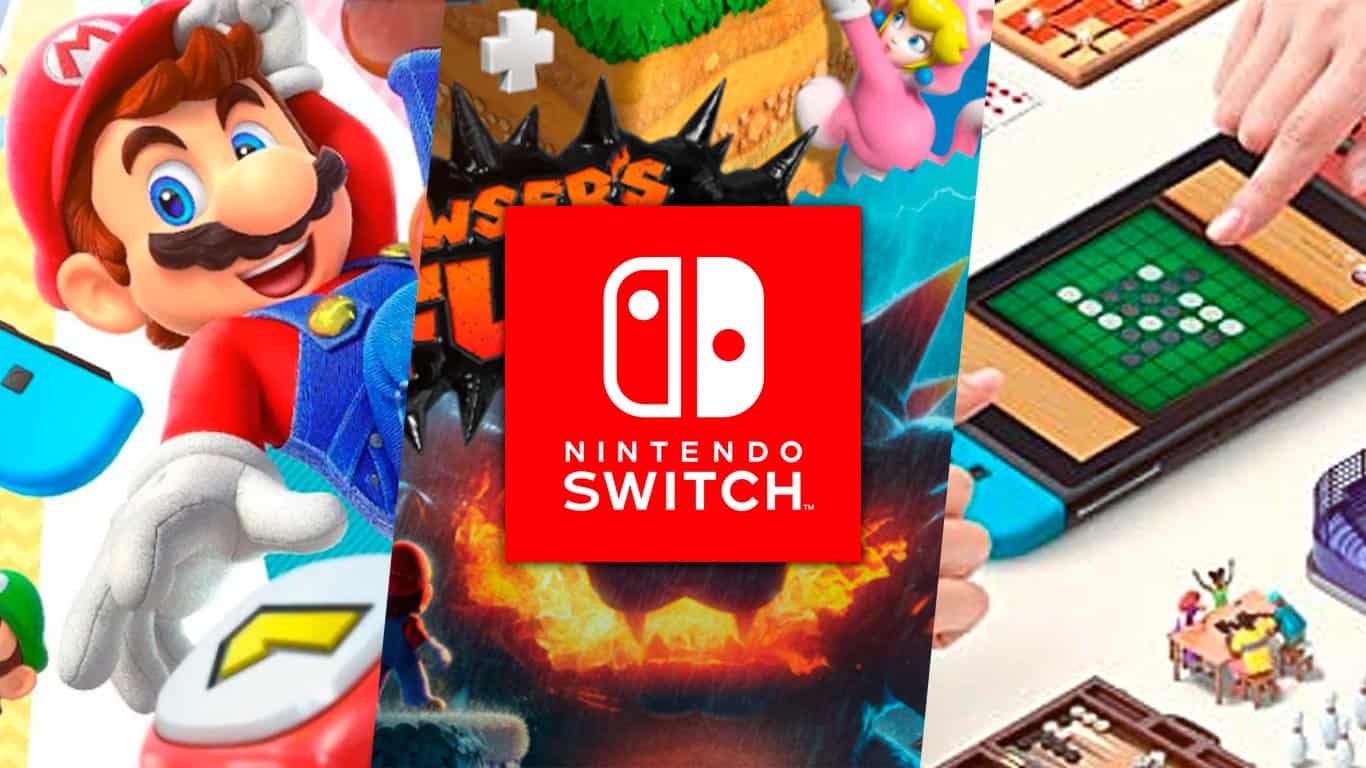 One thing you can almost always be certain of when it comes to Nintendo?

They are always going to have a litany of exceptional games that virtually everyone in the family can enjoy playing.

Recommended Read: Nintendo Switch Games You Have to Try!

This has been a standard since the NES in the 1980s, and it remains true for the Nintendo Switch in the present.

Want to find some great family games for Switch?

You’re going to love what we discuss across this list of the best family games for Nintendo Switch.

Super Mario Party is a hit! This game has something for everyone, and it represents an incredible evolution in scope and graphics for this beloved series.

If you know the series at this point, then you already have a good idea of what to expect.

The game is broken down into a wealth of different mini-games and challenges.

You and the rest of the family will choose from among the best Mario characters and then square off against one another.

The game is very reminiscent of the earlier Mario Party titles.

The Dice Blocks, exclusive to specific characters, is a great new addition to this series.

Your task is simple. You and up to three other players will take to the game board, competing against one another in mini-games for stars.

The winner has the most stars, but the game can keep you on your toes to the very end.

Some require good reflexes or the abilities you’d expect from a platformer. Everything is ultimately a blast.

While it has a similar feel to the classic Wii Sport, all controls and graphics are taken to the next level, making it worthy of being a Switch title.

With several sports to play – from volleyball to bowling, there’s guaranteed to be a game your family will love!

Not only are you in for a fun and competitive time with Nintendo Switch Sports, but you also get a whole different experience being up and active instead of sitting down.

Another hallmark in the best Nintendo franchises of all time, Mario Kart 8 Deluxe, is just about as perfect as it gets for great family games on Nintendo Switch.

Featuring a ton of racers and tracks, as well as other game options like the ever-popular Battle Mode, Mario Kart 8 Deluxe is flawlessly designed to appeal to players of any age.

If you’ve never played one of the Mario Kart titles before, the basic premise couldn’t be more straightforward.

You take control of one of your favorite Mario characters, competing by yourself or against other racers.

Win the races, earn your points, and go all the way to the top.

One of the best features of this game is how beautifully it recreates some of the greatest tracks in Mario Kart history.

At the same time, the game also gives you a wide range of new tracks taken from classic games and moments in the Mario universe.

A great family game is something anyone can pick up, and you will certainly find that to be the case here!

You may be skeptical at the notion that this game really will provide you and the rest of the family with 51 engaging games to play.

The truth of the matter is that you’re going to be very, very surprised at just much potential for a great time everyone can have here.

Simply put, Clubhouse Games is a massive library of family-favorite board games, tabletop games, and so much more.

Up to four people can participate in games like Chess, Slot Cars, Toy Boxing, and Mancala.

Some games require strategy, while others require reflexes.

Some games are also more challenging than others, but there is quite frankly something for everyone here.

You can play the game in handheld mode, or set it up on your TV in the living room.

Either way, you will be able to enjoy just about everything these games have to offer.

The visuals are bright and engaging, which makes Clubhouse Games a good opportunity to introduce some of your younger ones to these games.

Take note of Mosaic Mode, which lets you play across an incredible four screens.

These games are designed for a range of ages and players.

The gameplay can vary, but everything is designed to be picked up with ease.

Taking the basic premise of the sandbox game, in which the player can essentially shape the environment and create things, Super Mario Maker 2 is an amazing choice for anyone who wants to take family game night to a whole new creative plateau.

As mentioned before, Super Mario Maker 2 is a sandbox game.

You will be using a deep library of resources from the whole of the Mario universe to create your own levels.

You can draw from the classic titles, or you can opt to create something unlike anyone has ever experienced before.

This game must be played in order to truly appreciate just how far you can customize things.

One of the most exciting features of this game is that you can take things online with Course World.

This gives players the opportunity to let people from around the world try out their creations.

There are 100 built-in courses you can try, or you can opt to create something from the ground up.

The gameplay in Super Mario Maker 2 is simple, and its intuitive controls will make this a fun choice for most ages.

Remember the classic interactive board game You Don’t Know Jack?

The fast-paced, wacky, and sometimes a little snarky party game of the 90s lives on!

There are presently eight different party packs in the series.

We’re going to give them a general overview. Because, at the end of the day, any Jackbox Party Pack is a good time for the whole family!

The Jackbox Part Pack, regardless of the specific one you choose, is pretty straightforward.

The games contain a wide range of party game options, including trivia, fill-in-the-blanks, and games which compel players to bring out their sillier sides.

These are perfect for getting everyone in your family involved.

Comedy trivia, bluffing games, drawing games, fact-based games, and fill-in-the-blank games (which can be a fun adults-only game, too!) make up the foundation of all these titles.

Up to 100 players can take part. The game will let everyone create personas, which will then be used throughout whatever they might be playing.

Each game has different rules, as well as a differing max number of players allowed.

One thing people love about the Jackbox games is that anyone can get involved.

Play along with any electronic device you may have on hand!

Looking for a family Switch game that will get some exercise going?

If you want something that will be a challenge both physically and mentally, the Just Dance series is going to be just what you’ve been searching for.

Regardless of the specific game you choose, you can count on a variety of game modes, engaging everyone in the challenges of choreography while also letting you, well, just dance!

You probably figured out what these games are about by simply reading the title.

The game simply allows players to dance to some of the hottest songs around.

Where it gets interesting is in how many different ways it allows you to do that.

The game can be challenging on a variety of levels, but you can also just dance and have a good time.

While the basic premise of dancing to popular songs is consistent across any game in the series, as well as any specific mode you might choose, Just Dance gets interesting when you start paying attention to the different ways the games engage you.

There is a mode specifically for those who want to use the games to work out, as well as modes that give you a unique, often humorous challenge to keep you motivated.

A highlight of these games is the ability to get in on the fun with a variety of electronic devices.

Power and team up to save the Mushroom Kingdom! Cooperate with other players to take on the most terrifying version of Bowser to date.

Cooperative play here is a must! In this game, Mario, Peach, Luigi, and Toad work together to stop Bowser once and for all.

Co-op gameplay has seriously arrived at its next level with this game.

Dash powers and Snapshot Mode are just two ways to deepen the experience.

This is fairly straightforward 3D Mario platform gaming, but the co-op element adds a decidedly challenging and unique twist.

Those are our picks for the best family games to play on the Nintendo Switch!

Do you know of any other great that is great for a family gaming session? Let us know in the comment section below.