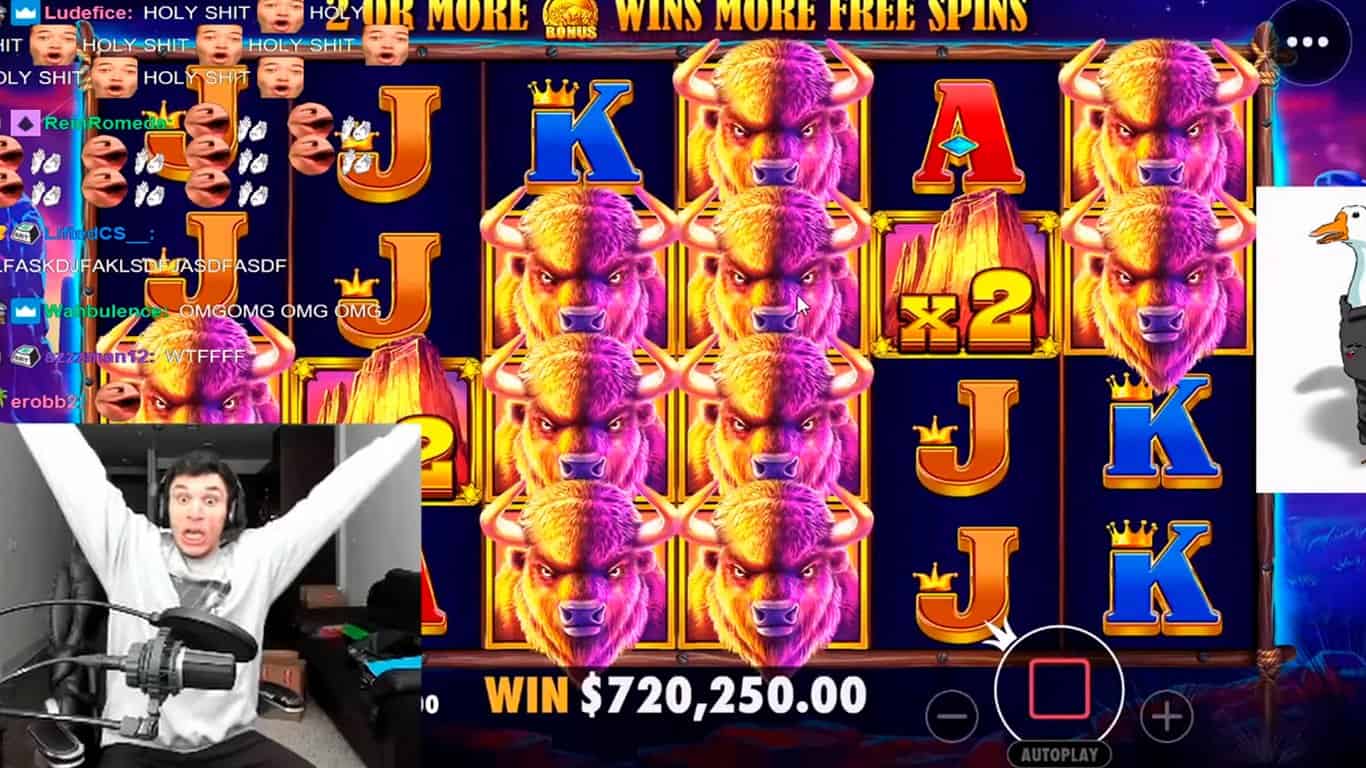 Many of the top streamers on Twitch have recently started playing various betting games on their streams.

One of those streamers is Trainwreckstv, also known as Trainwreck, who regularly hits more than 30,000 live concurrent viewers while betting large amounts.

With so many viewers watching him gamble, some people wonder what site he plays on.

Trainwreckstv plays on the gambling site Stake, which hosts thousands of games from various providers, and is the site most streamers use.

What site does Trainwrecks gamble on?

The gambling site Trainwreck has been using exclusively for his recent gambling streams is Stake.

Stake is a popular betting site among streamers on Twitch, as it features all the biggest games in one place and accepts crypto deposits.

At the moment, Stake features more than 2,000 Slots, 1,000 Live Casino Games, and many other classic games, including Dice and Crash.

The site also features different bonuses for players who bet regularly through their VIP system.

Besides regular casino games, you can also do sports betting on Stake.

What games does Trainwreckstv play the most?

There are a wide variety of games to play on Stake, but most players, including Trainwreckstv, usually play the same few ones.

The most played games by Trainwrecks are the slots Wanted Dead or a Wild, Might of Ra, Starz, Hotel Yeti-Way, Dog House, and Juicy Fruits.

He also plays quite a bit of the live casino games Blackjack and Roulette. Sometimes he also plays Plinko and Crazy Time.

Though these are his most played games, he plays many other games as well.

His biggest wins have been from Might of Ra, Wanted Dead or a Wild, and Starz.

Trainwreckstv primarily funds his account on Stake with Bitcoin (BTC) and Ethereum (ETH).

There are currently eight different cryptocurrencies you can use to fund your account on Stake:

You can, however, purchase crypto with cards directly through the Stake website, which will then automatically be added to the respective crypto wallet.

This means that you can fund your account using regular cards. It will just be converted to crypto when the chosen amount is added to your balance.

Does Trainwreck play with real or fake money?

Given the enormous sums of money Trainwreck bets on every spin and goes through each stream, many people naturally wonder whether or not the money they see him playing with is real or fake.

Yes, all the money that Trainwreck plays with is real and his own. When you see him bet $2,000 on a single spin, that is, in fact, two thousand real dollars being spun in less than a second.

Trainwreck has himself confirmed that his deal with Stake is that he receives $1,000,000 per month, which he can use however he wants.

Unlike other streamers who have deals where they can only keep a percentage of the winnings with the money they receive from their site of choice, Trainwreck can keep all of his winnings.

This also means that Trainwreck is not compensated when he losses.

Streamers with deals where they can only keep a percentage of their winnings get 100% compensated for their losses, meaning that they cannot lose money, known as playing with fill or fake money.

Trainwreck, on the other hand, carries all the risk himself and is as of the latest known information down around $5,000,000, having been down around $10,000,000 at his worst point. In other words, he loses more money than he receives from his deal and affiliate earnings.

He can keep up his gambling streams despite his losses because he amassed a vast amount of wealth earlier on, a lot of which is from crypto investments, according to himself.

In his own podcast, he has said that he still has another $10,000,000 in the bank, and chances are he has money in other assets.

That’s the gambling site Trainwreckstv uses to gamble on his streams!