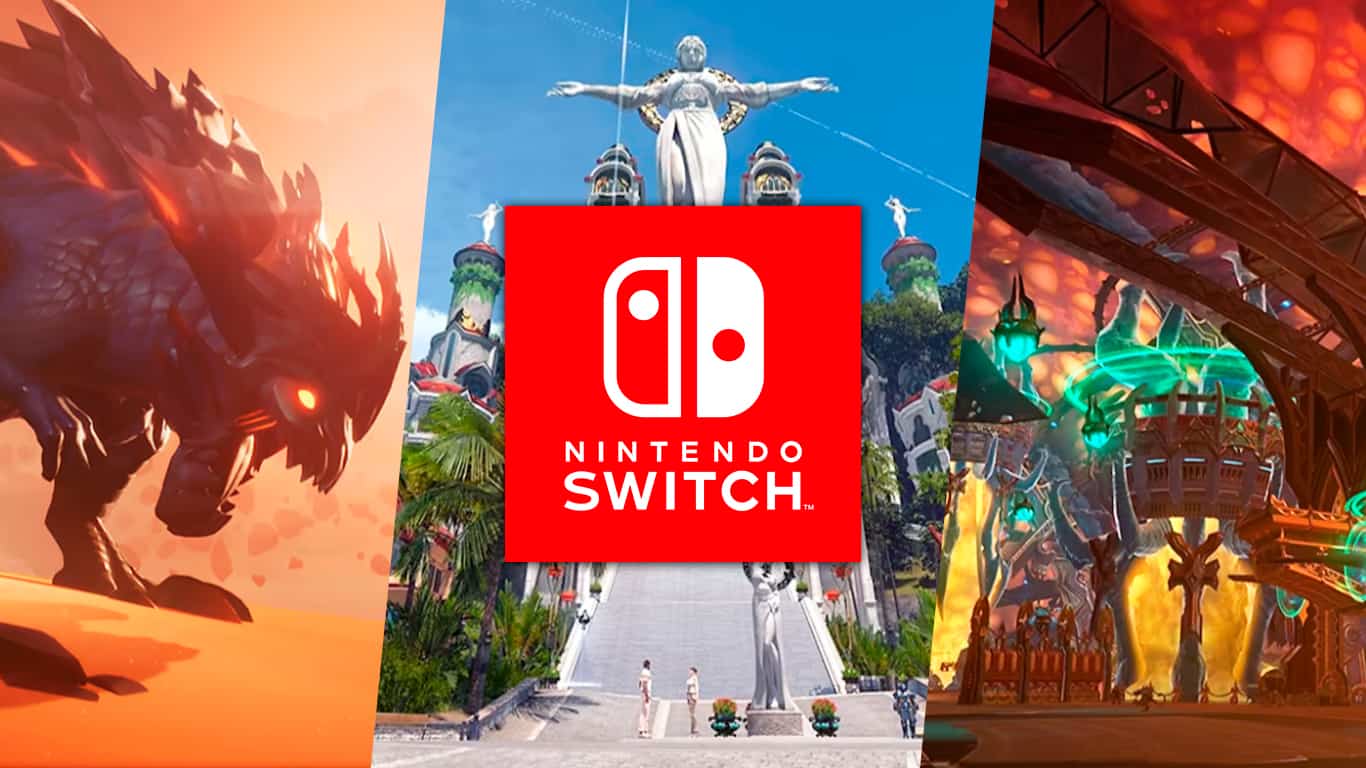 MMORPG games have become immensely popular in the last few years and have been a staple in gaming since World of Warcraft made the genre a household name.

The success of WOW and others like Final Fantasy 14 and Guild Wars, among others, have defined the genre and reinvented it throughout the years.

The Nintendo Switch console isn’t normally known for having games in the MMORPG genre, and frankly, there aren’t many in the Switch library.

There are, however, a few games that do involve some MMORPG elements to them that will satisfy fans of the genre.

Equipped with an online subscription, Nintendo Switch Online makes it possible for MMOPRG fans to get at least some of their fix if they own a Switch.

DC Universe Online was originally released back in 2011 but was ported to the Nintendo Switch in 2019.

The plot of the game has Lex Luthor killing all the major Justice League characters, Wonder Woman, Superman, Batman, etc. After they’re all dead, the villain Brainiac comes in and takes over the world with his army of metahumans he made from stealing the hero’s powers.

Lex brings them all back by going back in time to when they were all alive in an attempt to prevent Brainiac’s takeover.

The player then has the chance to make their own superhero or villain in the image of their favorites or a completely original creation.

With this in mind, players must also choose a faction between heroes and villains, which will determine the missions they will be hired for in the game.

Switch players also play on their own servers, so you won’t need to worry about dealing with high-leveled console or PC players that have been playing since the launch.

So gear up and have some fun with your friends in the DC Universe, saving the world or spreading chaos.

Dauntless was originally developed by Phoenix games ad distributed by Epic Games and is available on the Nintendo Switch.

The game takes place in a fantasy world where massive cataclysmic events have torn the world to shreds, and massive creatures called Behemoths prey on the surviving human population.

This game has been labeled as Fortnite meets Monster Hunter, and they’re not wrong since, in this game, you do a lot of similar things done in both Monster Hunter, such as hunting Behemoths and playing online like in Fortnite.

You play from a third-person perspective and fight with several different weapon types, each with its own combination and style of play.

When you pick a mission, you will also be told which weapons ad armor work best against the Behemoth you’ll be fighting.

From heavier war-hammer-style weapons to faster jaw blades, everyone can find something to love in this online, monster-slaying adventure.

Originally made as a mobile game, Elemental Knights R has been ported to the Switch bringing with it some classic Japanese MMORPG elements with it.

If you’re a fan of JRPGs in general, this is the Switch MMORPG for you.

The art style gives off the feel of a mobile game with the chibi character, but the armor sets fit well in the elemental magic, medieval fantasy genre it’s going for.

It might be surprising to see this game on this list for Switch, but it’s definitely worth mentioning.

Most of Warframe’s story is an enigma all on its own, and you must progress through the game in order to find out more about it.

You are a Tenno, a Warrior of Blade and Gun, a Master of the Warframe armor. A call is heard around the galaxy, calling the Tenno to an ancient place to come forth against the vast armies of The Grineer.

For RPG fans, this game does hold some elements in the combat system, such as the different elements of the weapon types and how they can be effective against one type but not so much against another.

Bring some friends, or even meet some new ones in this incredibly vast story just waiting to be discovered in an already beloved title.

If you’re a fan of MMORPGs and Minecraft, this game is especially for you. While not specifically like Minecraft, it does borrow some elements from it.

Trove is an action RPG where you can build, dungeon crawl, and fight bosses with groups of friends or potential friends.

You can play alone or with a group. If you don’t already have a group you’re playing with, you can teleport to an active group via the starting area of each world.

There are a bunch of classes to choose from, 15 of them to be exact, ranging from bard to dinomancer and neoninja, just to name a few, all with distinct moves, armor, and weapons.

You also have a mount that will help you traverse the world more effectively. The mounts can be summoned and range from dragons, unicorns, or just the standard horse.

There is also a gliding ability that triggers when you jump off of tall objects.

Of course, when being visually related to Minecraft, there is an optional build mode for construction that is not essential to playing the game if you want to focus on just the ARPG gameplay.

Another port from PC to Switch, Skyforge, is an action-based MMORPG where you can string attacks together in combat and have a wide variety of different classes to choose from.

With each class comes different abilities and armor, like in most MMOs. You will have abilities that will enhance your combat, and they have cooldowns.

One thing worth mentioning about this game is that there aren’t many other players in the games on a daily basis at this time.

This means you will be spending a lot of your time playing through the game alone rather than with random strangers like in the other entries to this list.

Those are our picks for the best MMORPG titles for the Nintendo Switch!

Know of any great titles you believe should be included in this guide? Let us know in the comment section below.

What Gambling Site Does Roshtein Use to Gamble?