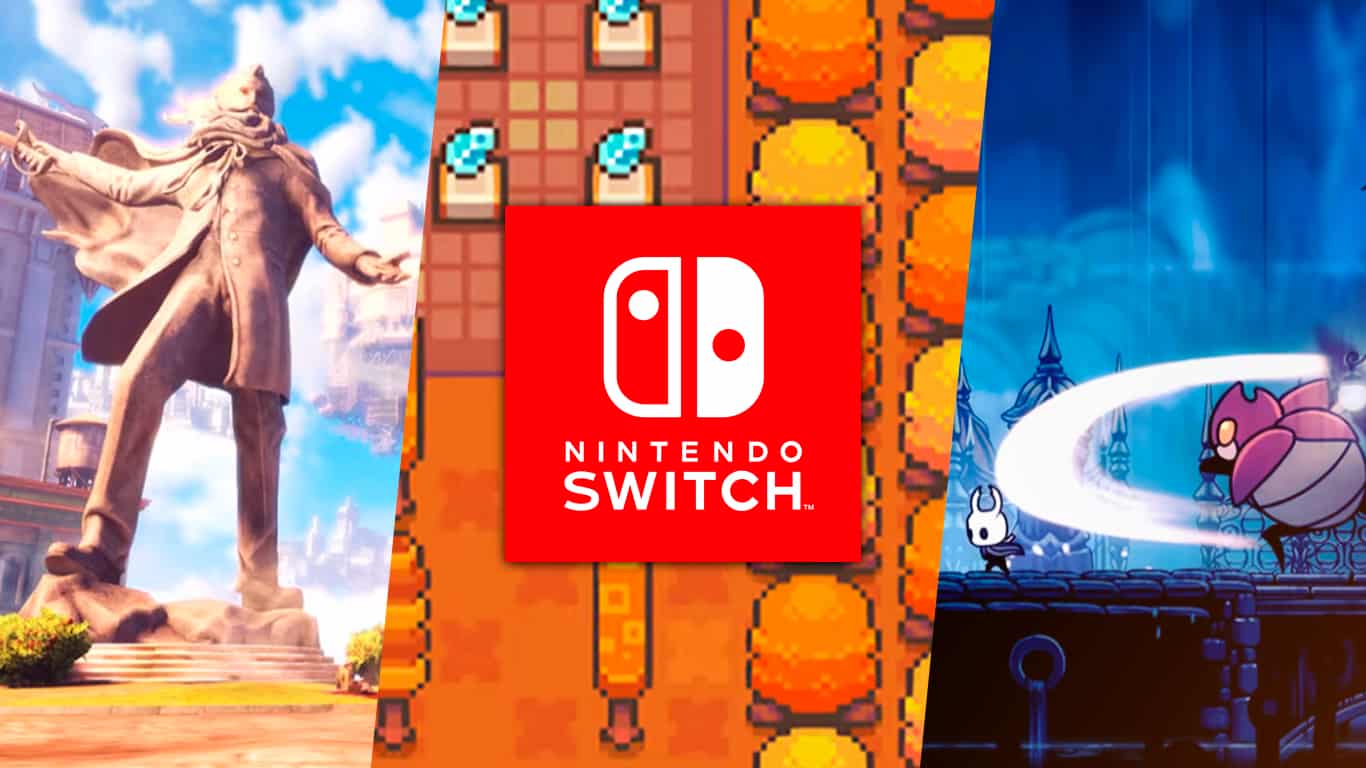 The Switch has a seemingly endless stream of phenomenal games to explore.

However, you might not have the budget to grab every full-priced new release.

Thankfully, the Switch’s excellent selection of affordable titles is more than worth your time.

To prove it, below are our picks for the best Switch games priced under $20.

And don’t worry – all of these entries stay under that price point even when not on sale.

Stardew Valley is the ultimate delight for anyone seeking a relaxing escape. Its mix of cutesy pixel graphics and leisurely-paced gameplay makes it easy for anyone to enjoy.

Instead of asking what you can do in Stardew Valley, a better question is, what can’t you do?

After inheriting your grandfather’s farm, your custom character starts a new life in Stardew Valley. At first, all you have are some simple tools to get you started. But as the game goes on, it takes some surprising and even magical turns.

And that’s not even mentioning Pelican Town, where the lovable denizens of Stardew Valley reside. Earning their trust reveals their backstories and helps you uncover the valley’s secrets. Plus, there are also several bachelors and bachelorettes waiting for you to woo them.

If love takes root, you can even start a family with one of them on your homestead.

But it gets better: because Stardew Valley has up to 4-player co-op as well! Altogether, you could spend hundreds of hours playing this game and still keep coming back for more.

Those seeking a challenge will fall in love with Hollow Knight’s mix of Metroidvania and soulslike gameplay.

This thrilling platformer throws you into a beautifully-crafted subterranean world full of danger. The game doesn’t hold your hand, either.

It’s up to the player to decide which paths to explore. Every room, dungeon, and hallway is packed with secrets for you to uncover.

While hard in terms of difficulty, the game gives you plenty of tools to help you through the journey.

The game takes you across several areas, each with a unique ambiance sure to mesmerize you. And at the end of every zone is an exhilarating boss fight bound to get your heart racing.

By the time you finally finish this adventure, you’ll be begging for more.

Snipperclips – Cut It Out, together!

Looking for an entertaining and engaging co-op game to play with friends? If so, Snipperclips – Cut It Out, Together! is for you.

Up to four players work together to solve various physics-based puzzles. But there’s a catch: to do so, you need to change the shapes of each others’ paper bodies. You accomplish this by overlapping and ‘cutting out’ parts of one another.

While simple in concept, this imaginative mechanic is downright delightful to use. Especially thanks to the adorably expressive faces of the characters.

Another part of what makes Snipperclips such an excellent game is its accessibility. With its simple controls, even people who don’t play video games can easily pick it up.

Furthermore, all of the puzzles have multiple inventive solutions. As a result, the game rewards you for thinking outside the box and trying new things.

And don’t worry if you prefer playing solo: virtually all levels can be completed alone. That way, nothing stops you from enjoying the arts and crafts-themed fun.

View Snipperclips – Cut It Out, together! Price on Amazon

BioShock Infinite revolutionized first-person shooters when it was first released in 2013.

The mix of high-octane gunplay and meaningful moral decisions is unlike anything else you’ll experience. Its breathtaking setting, the floating city of Columbia, is truly unforgettable.

You play Booker DeWitt, who is sent on a mysterious mission to save a young woman named Elizabeth. However, without spoiling anything, your quest isn’t as it first appears.

Once you reach Columbia, you realize the supposedly utopian cloud city is far from perfect.

A revolution is brewing, and violence is sweeping the streets. And even worse, the Founders who run the city have named you a false prophet and enemy of the people.

If you hope to survive, you need to use Infinite’s impressive arsenal of weapons and equipment. The most extraordinary tool you’ll find is the menacing Sky-Hook. This contraption allows Booker to ride the city’s Sky Line, a rollercoaster-like means of transportation.

It’s useful for reaching faraway points on the map and evading enemies during fights. However, you can also use it as a brutal melee weapon in close-quarters combat.

With its engrossing story, jaw-dropping visuals, and thrilling gameplay, Infinite is truly a masterpiece.

It’s undoubtedly one of the most riveting and original games on the Switch.

You can get all three BioShock games in a bundle for around 40-50 dollars or BioShock Infinite by itself for 20 dollars on the eShop.

Littlewood asks an intriguing question: what does a hero do AFTER they save the world? You wake up in the town of Littlewood without any recollection of what came before.

However, the townspeople quickly inform you of your past as a legendary hero who conquered evil. But your work isn’t done yet – because now it’s time to rebuild.

Players level up all sorts of hobbies, from crafting to bug catching.

As you improve, you can use these skills to help restore Littlewood into a beautiful town.

There is no combat to worry about either. In fact, the closest you come to fighting is card duels with the villagers.

This game design gives Littlewood a very peaceful, serene vibe. There is no rush or pressure. The game is just about enjoying the experience.

The townsfolk are all lovable and carry interesting backstories too. And while you get to know them, you’ll also learn more about your character’s past.

Okami is just as much a game as a dazzling work of art.

After an evil demon gets unleashed upon the land, players set out to save Nippon (Japan) as the sun goddess Amaterasu.

Amaterasu takes on the form of a beautiful white wolf, and she fights with arguably the coolest weapon ever seen in a video game: the Celestial Brush.

For example, the “bloom” stroke restores dead plants to life. The sudden outpouring of flowers can help you trap enemies or open up a secret path.

The use of brushstrokes, while simple, is ingenious. It provides truly unique gameplay and puzzle-solving you can’t find anywhere else.

As a result, everything in the world of Okami looks like part of a painting in motion. Even your attacks flow with the grace of brushstrokes. And despite being initially released in 2006, the HD version on Switch holds up bafflingly well.

The result is an exceptional life sim game that’s bound to enchant you.

After arriving in Cozy Grove, players will quickly realize that the island is haunted. But that’s not a bad thing!

The ghosts that inhabit Cozy Grove are very kind and often hilarious. You’ll be surprised at how much you care about them once you get familiar.

These friendly phantoms provide you with quests and tasks to complete. As you progress through the ghosts’ tasks, the at-first colorless island will slowly come back to life. And the more of the island you restore, the more ghosts you can meet and help.

Players can also gather supplies to craft furniture and items.

So if you love decorating and adventure, you’ll find adding some flair to Cozy Grove endlessly entertaining.

Those are our picks for the best Nintendo Switch games for less than $20!

Know of any other great games that cost less than 20 dollars? Let us know in the comment section below.