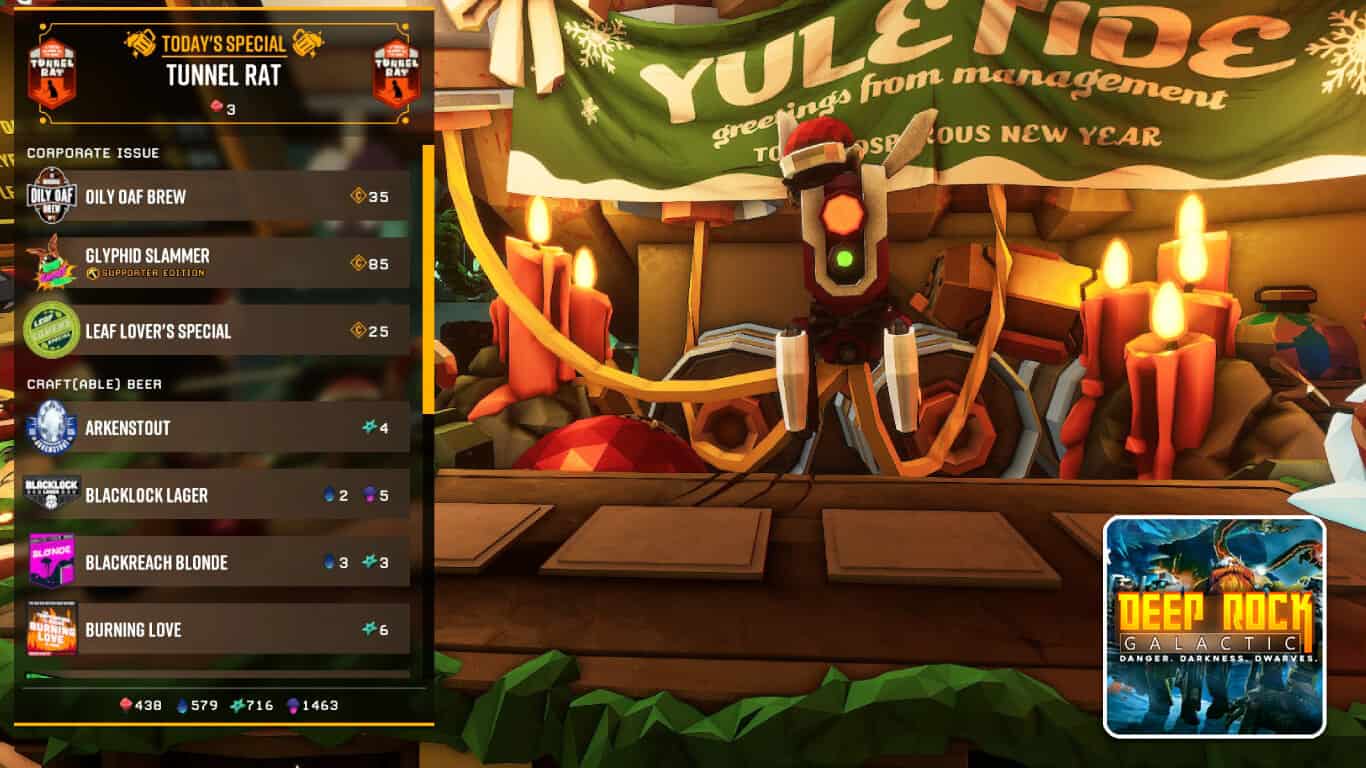 In Deep Rock Galactic, besides mining and fighting through waves of bugs, there are a lot of activities you could do to embrace the moment.

One of which is to drink beers with your fellow dwarves. Since nothing is greater than having a good drink before and after a hard adventure.

In this article, let’s see what beer does in Deep Rock Galactic!

Recommended Read: How to Connect Pipelines in DRG

In Deep Rock Galactic, beers are special drinks that are unlocked and brewed in the Abyss Bar. Apart from cheering purposes, each beer has a unique effect to help your mining mission go smoother. These effects include increasing the amount of Gold/Morkite mined, increasing pickaxe damage, taking less fall damage, and simply increasing your max health.

Let’s see them all.

What Does Beer Do in Deep Rock Galactic

To drink beers in Deep Rock Galactic, you have to meet certain conditions below:

When it comes to the effect the beer gives, we can classify them into 4 different categories:

Those types of beers provide you with nothing but drunkenness.

In fact, all beers in Deep Rock Galactic except Leaf Lover’s Special cause intoxication with their Potency attribute. This Potency number keeps adding up, and when it’s over 100, your dwarf will pass out on the floor.

You should aim for beers in this category since they provide a great buff that can affect your dwarf in a single mission.

Unlike other beers, there is only one Today’s Special beer available at the Abyss Bar. This beer can be found on the very top slot when you interact with Lloyd – The Robotic Bartender.

Then for every mission rotation (30 minutes), this slot will be filled with one random beer below:

Like the first three beer categories, beers in the Craftable Beer category are always available and can be crafted anytime, as long as you have enough materials and Player Rank.

Each beer in this category has separate beer licenses. This means if you want to drink all of them, you have to unlock all 13 licenses with a total cost of 10,300 Credits, 267 Starch Nuts, 174 Malt Stars, and 160 Yeast Cones.

Those beers also provide unique effects. But they only apply when you’re in the Space Rigs and not in the mission. So bear this in mind.

So that’s all thing beers can do in Deep Rock Galactic.

What’s your favorite beer so far? Let us know in the comment below!

Deep Rock Galactic – What Is Bittergem