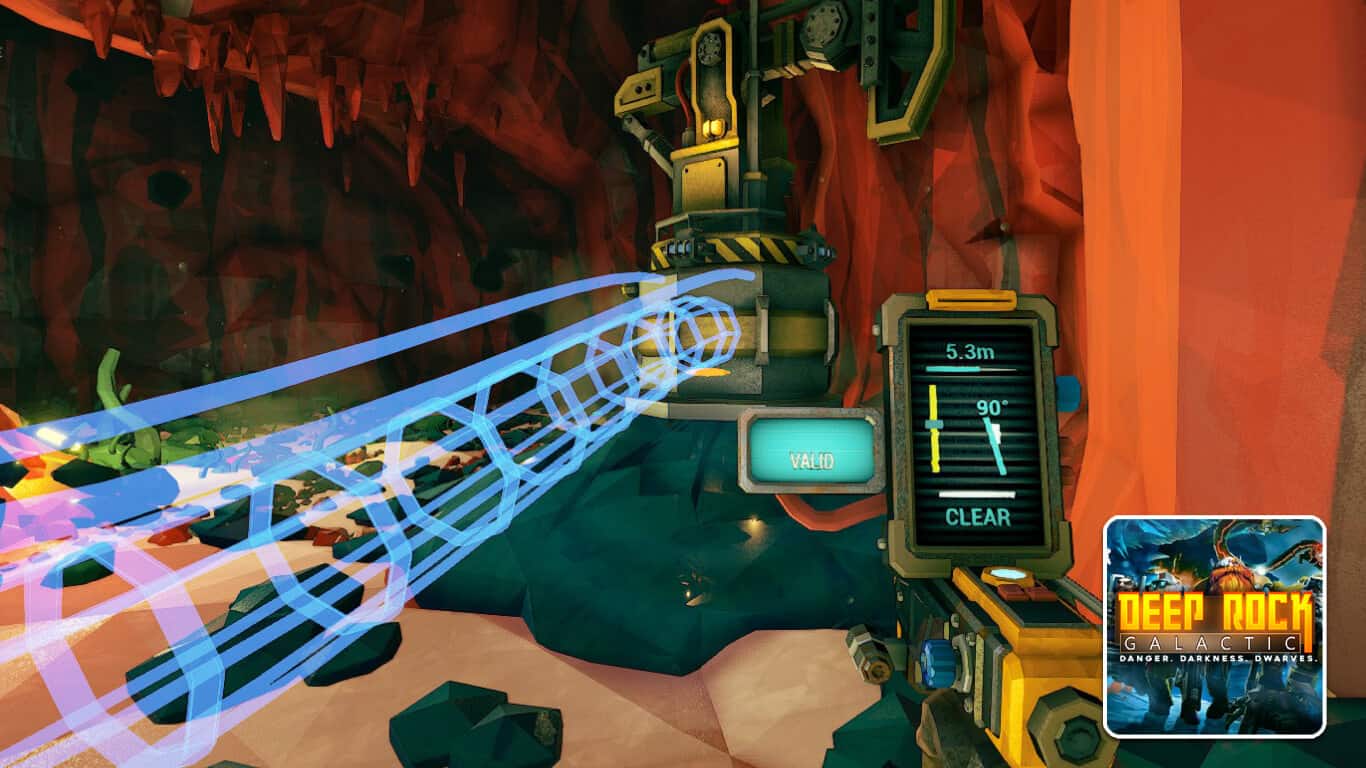 On-site Refining is one of the most difficult missions in Deep Rock Galactic.

Not only do you have to have a Driller in your team to dig tunnels, but you also must know about a new mechanic, pipe building.

In this article, let’s see how to connect pipelines in an On-site Refining mission in Deep Rock Galactic!

Recommended Read: How to Unlock the Cryo Cannon in Deep Rock Galactic

To connect pipelines in DRG, you have to come to either the Mobile Refinery or the end node of the unfinished pipelines and press “E”. Right after, you will see a blue hologram appear in front of your character, indicating the position of the next pipeline you’re going to construct. When you’re done placing the pipeline frame, simply hold “E” again while looking at the node to connect pipelines.

How to Connect Pipelines in Deep Rock Galactic

You only need to press “E”. But when and where will you press it? Let’s see it in detail!

Although there are currently 8 different missions in Deep Rock Galactic, you can only play with the pipelines in the On-site Refining mission.

In this particular mission type, you have to connect 3 pipelines to the nearby pumpjacks to extract the liquid Morkite.

And to call the pumpjacks, you should look for any dark boiling lakes on the ground, then look at them and hold the “E” key.

When you’re done with it, let’s learn the skill to build and connect pipelines!

As mentioned earlier, you have to build the pipeline frames first before connecting them. Here’s how!

The Mobile Refinery has 3 starting nodes, which you can interact with by pressing the “E” key. By doing so, you will see a blue hologram appear right where your cursor is pointing to.

A red hologram means the current place is not suitable for building the pipeline node. Whether it’s not a solid place or the new node is too far away.

Now let’s left-click your mouse to build the pipeline node. Continue this process until you reach the pumpjacks.

The pipeline node must stand on the ground instead of floating in the air. This is where Engineer’s platform come in handy.

You also can’t build pipelines that have big steep. This is why the Driller is important for this mission since he can dig tunnels down quite easily.

In fact, doing an On-site Refining mission without the Driller is sometimes impossible or really time-consuming. So keep this in mind for your next mission.

Do you see the glowing and floating icon on top of each pipeline node? That’s where you connect the pipelines!

To connect pipelines in DRG, simply go to the unfinished pipeline nodes (the ones with floating white icons) and hold the “E” key.

After a few seconds, the pipeline nodes are successfully connected.

The time here is the same for each pipeline segment, so it’s recommended to build the node as far from each other as you can.

The maximum distance is 9 meters. You can track this number on the building device that appears in your hand. Always aim for 9 meters unless there is something blocking your tunnels.

If you want to relocate your pipeline node somewhere else, simply mine it with 2 pickaxe swings (right-clicking the mouse) to destroy the node.

Those are steps to connect pipelines in Deep Rock Galactic.

To construct the pipelines easier, remember to always have a Driller on your team. Rock and stone, miners!

Deep Rock Galactic – How to Promote a Character