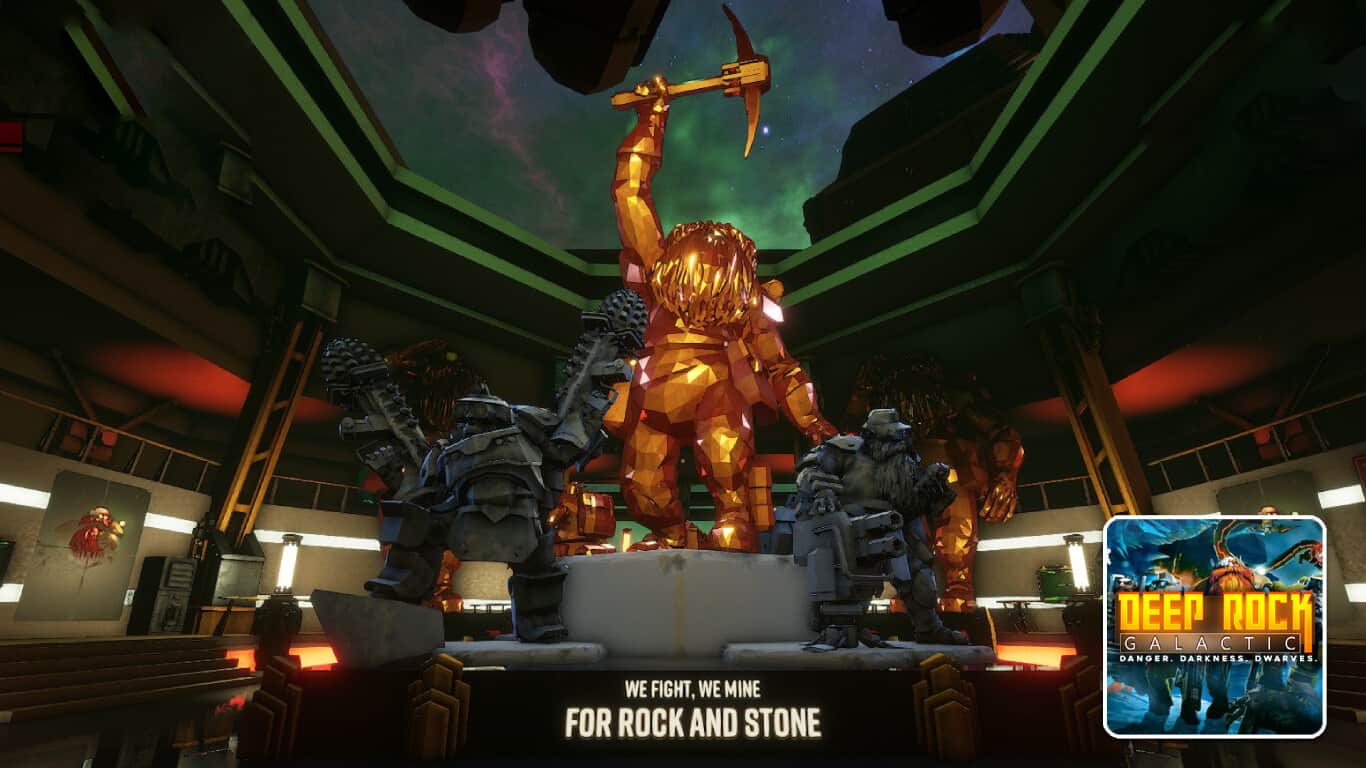 Promotion is the big first milestone in Deep Rock Galactic, as well as in other companies. Since promotion may happen late in the game, it’s hard to notice what to do next because you’ve unlocked everything single thing in the game.

With that in mind, let’s see what to do after promotion in Deep Rock Galactic!

Recommended Read: What Is the Error Cube in DRG?

After the first promotion in DRG, there are lots of things to do, such as doing deep dives, farming overclocks, equipping the second active perk, leveling up your characters, doing new assignments, and forging overclocks.

What to Do After Promotion in Deep Rock Galactic

The first thing you notice after promoting your dwarves is the new honor badge. This is a new border with colors and stars wrapping around your dwarf’s portrait to indicate his expertise.

The promotion also reset your character level (red level) to 1. This way, you can grind your way back to level 25 again to do another promotion.

Let’s see what other things you can do after the promotion!

Without hesitation, you must head to the Equipment Terminal and equip your second active perk right away after promotion. This will give you a huge advantage!

If you don’t know which perk to put in the second slot, we have a perk guide for you!

If you don’t see any active perks to choose from, go to your cabin and check if you’ve already purchased some. With some perk points, let’s get yourself a cool perk to increase your quality of life.

Deep dives are late-game content that can only be unlocked after your first promotion. So after equipping your second perk, let’s dive deep into this!

Deep dives are big missions with 3 separate small missions in them. Each small mission has two objectives, like a normal mission, but with a twist.

Deep dives are changed weekly, and can only do them once each week for the rewards. Any completion afterward will give you nothing but gold and experience points.

A normal deep dive could take up to 50 minutes to finish, so if you’re planning to join one, you should be prepared. Plus, you can’t join late in deep dives!

Overclocks are powerful upgrades for your weapon. They can provide either positive or negative effects to your guns, like increasing damage but reducing ammo clip size or completely removing weapon damage but adding a new mechanic.

Whatever the effect is, you will be in love with those overclocks!

You can find machine events on any mission. The longer the mission is, the higher chance they can spawn.

However, you can only activate machine events with the Tritilyte Key – a reusable item unlocked after the first promotion.

You will unlock a new weekly assignment and one big assignment after the first promotion.

Weekly Core Hunt assignment is like deep dives, but you can choose to play the 3 missions whenever you want, not doing them at once. On completion, you will get 1 blank matrix core, 1 weapon overclock, and 1 matrix core cosmetic.

Another privilege of promoted dwarves is the ability to use the Forge to craft overclocks.

Once you’ve farmed enough overclocks, head to the Forge terminal near the Abyss bar and start forging. You will need some Credits and crafting materials to do so.

Afterward, head to the Equipment Terminal and equip your overclocks. Now let’s test them on the bugs on Hoxxes!

Those are 5 things to do after promotion in Deep Rock Galactic.

Keep grinding levels and promoting to show your expertise, your beautiful dwarves! And management will be pleased.