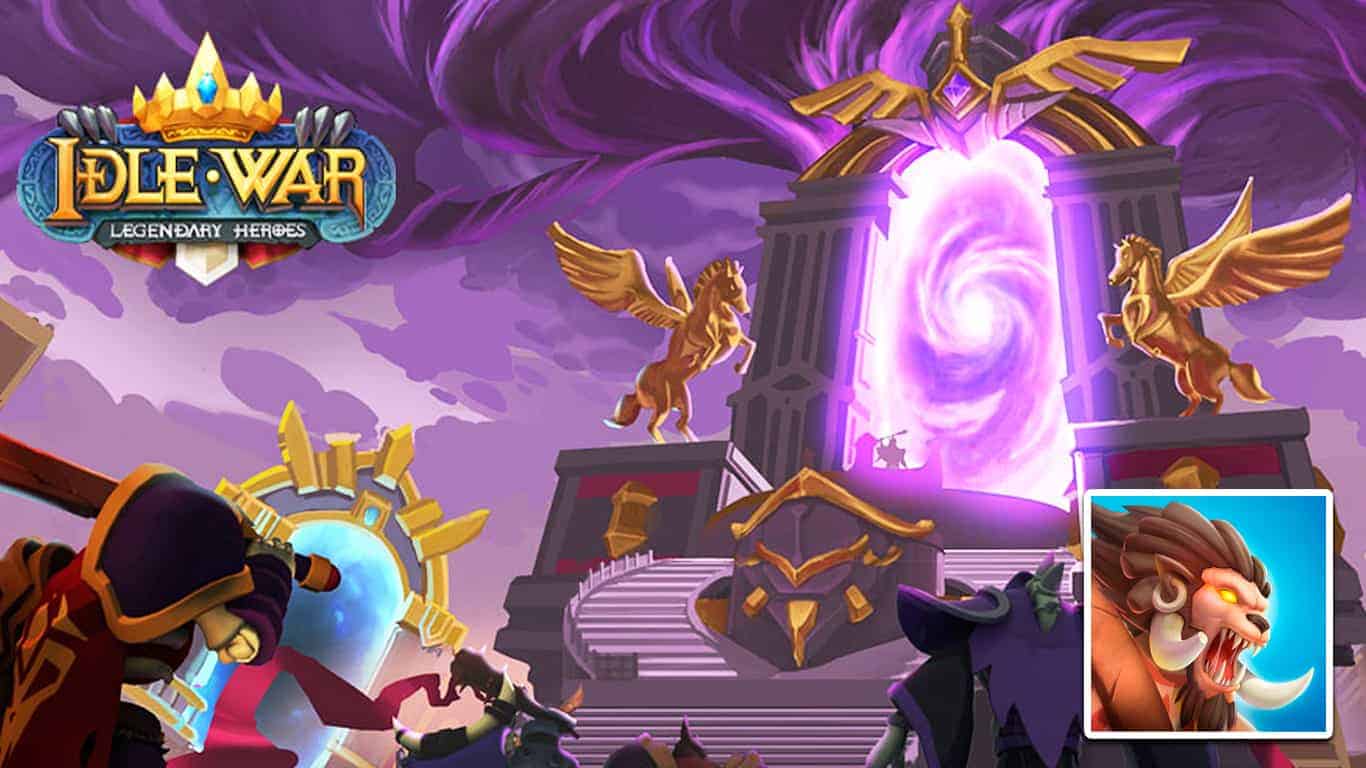 To get the best start in RPG mobile games like Idle War, players can reroll until they get the best heroes at the beginning of the game.

Rerolling is a technique in which you start over in the game, and then play until you’ve rolled the first free premium summons.

If you don’t pull a hero you wish to use, just reroll once again.

Most players reroll to get the best heroes in the game, so they can progress faster and are set up for the late game.

In this guide, we teach you how to reroll in Idle War as well as which heroes to reroll for and the benefits of it.

In short, the most efficient way to reroll in Idle War is by changing server.

To do this, access the profile settings, press switch server, and then select a server you haven’t played on before.

Play until you’ve received the first two free premium summons and then reroll again if you aren’t satisfied with the heroes you’ve pulled.

You’ll find a step by step guide of this below, information about who to reroll for, and more.

How to reroll in Idle War

There are two ways to reroll in Idle War – by changing server and by creating a new account.

We strongly recommend using the changing server method, as it is much quicker and more convenient to do.

You should only use the creating a new account method if you want to play on a specific server you’ve already played on with your current account.

Here is the step by step guide on how to reroll in Idle War by changing server.

Step 1: Go to the main screen and press the profile icon in the top left corner.

Step 2: Press the Switch Server button in the bottom menu.

Step 3: Select a server you haven’t played on before.

If you don’t pull a hero you want to continue with, reroll again. If you’re unsure which heroes to reroll for, check out the section.

Heroes to reroll for in Idle Wars

The purpose of rerolling is to obtain incredible heroes right at the beginning of the game to give you the best start.

But what heroes should you aim for when rerolling?

Here are a couple of the best heroes in the game, that you should definitely keep if you pull when rerolling:

You can find more great heroes to reroll for in our Idle War tier list.

Aiming for a 5-star hero like the ones above is optimal, but can take quite a while, as the premium summon only has a 3.2% to give a 5-star hero.

Instead, you might want to aim for a good 4-star hero, as they are way more likely to be pulled at a rate of 19% per premium summon.

Firstly, if you start out with one of the best heroes in the game, you are sure to progress at a much faster pace than if you just had a couple of average heroes.

When you progress faster, you also unlock locations quicker, making you able to farm useful items earlier on.

Secondly, having a hero from the start that you know you’re going to use on your late-game team is very resource-efficient.

Costs of upgrading heroes increase exponentially, which makes it very expensive to keep heroes you’re going to replace for too long.

If you have a hero, you’re not going to replace you’re not wasting any resources on upgrading them.

Should you reroll in Idle War

As established, rerolling in Idle War comes with significant benefits.

However, is it worth it to reroll?

That depends on how long you’ve already played the game.

In general, we believe if you haven’t progressed too much, let’s say you have only played for a couple of days, maybe a week, and are willing to put in the time, then rerolling can be of great benefit to you.

If you have, however, already spent significant time on the game and obtained a lot of great heroes already, then rerolling might not be for you.

That’s everything you need to know about how to reroll in Idle War.