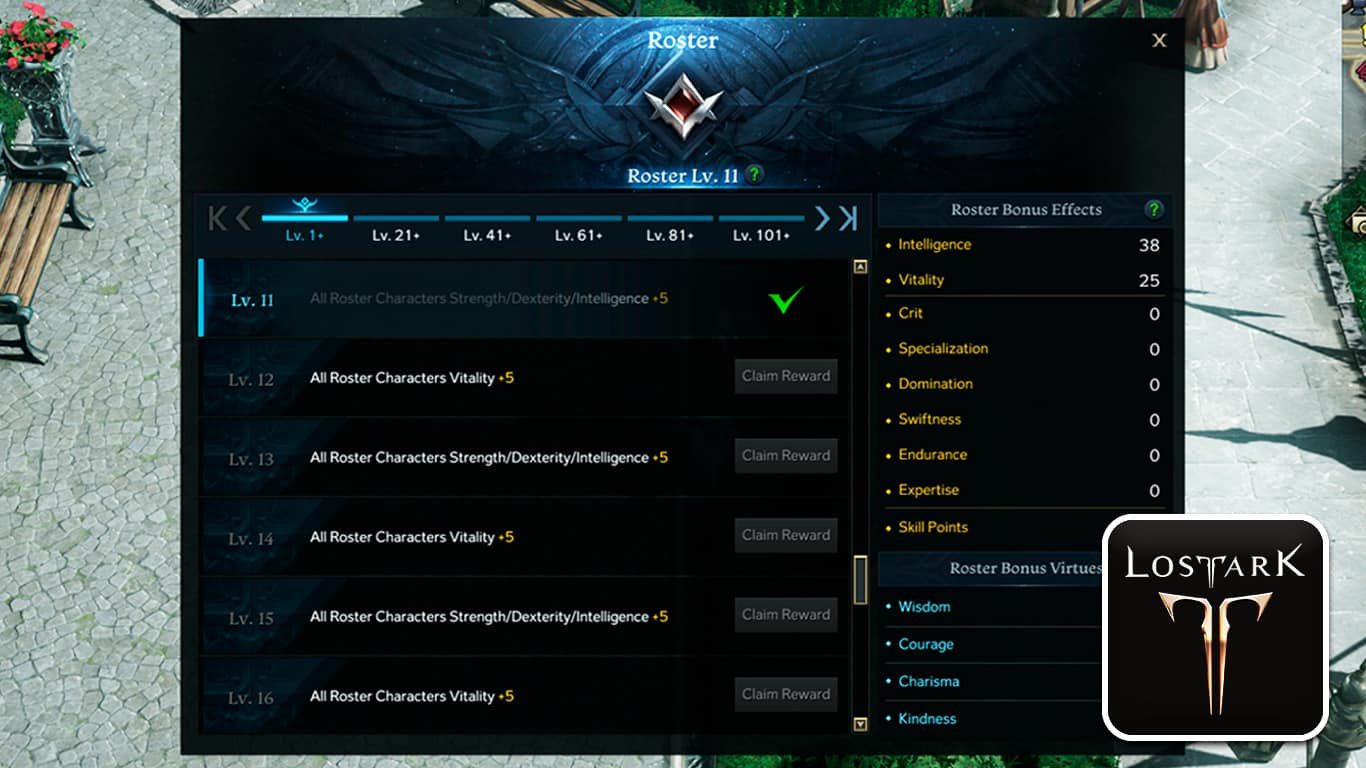 In Lost Ark, you play and explore the world using one character at a time, but some of the progress you make and items you obtain aren’t just unlocked for the character you’re currently playing.

Because of the roster system in Lost Ark, some progress you make and some items you obtain are shared across all the characters that you have on the same server.

That also means that you cannot obtain some of the same things on two characters, like achievements or collectibles, as they are shared across both characters in the first place.

Roster levels is a level system that is shared between your roster – characters on the same server. When you earn XP for a specific character, you also gain a bit of roster-XP at the same time. You unlock permanent stat boosts and items when your roster level increases.

What does roster mean in Lost Ark?

Roster in Lost Ark refers to the collection of characters on the same server. All characters that you have on a specific server make up a roster.

A roster is specific to a server, which means you have a separate roster on each server in the game. Two characters on two different servers do not belong to the same roster, and non of their progress or items are shared.

Characters that are on the same server belong to the same roster, and some of their progress and obtained items are shared with each other automatically.

You can see what progress and items are shared across a roster of characters later in this guide.

What are roster levels in Lost Ark?

Roster levels is a separate level system to the level of an individual character. Roster level is a shared level between all characters in a roster.

When you gain XP on a character from questing, fighting enemies, dungeons, or something else, you automatically also earn XP for your roster level as well.

Upon reaching a higher roster level, your entire roster unlocks a permanent stat boost, making every single character on the same server stronger. At some roster levels, you also unlock items or cosmetics.

The maximum roster level is 250, and each roster level gives all roster characters +5 in one or multiple stats.

Roster level stat boosts work similar to heirlooms or account-wide boosts like in other MMORPGs, as they increase the stats of every character on the server, including ones that you’ve just created.

Make sure to claim the rewards in the Roster window upon reaching a higher roster level to unlock new stat boosts and items.

You unlock a new reward every time you reach a higher roster level, which you have to claim in the Roster window.

Every roster level up gives +5 Vitality or +5 in both Strength, Dexterity, and Intelligence.

Some roster levels also give items or cosmetics as a reward on top of the stat boost.

Here are the possible rewards roster levels can give in Lost Ark:

To see what stat boosts and rewards specific roster levels give, open the Roster window by clicking ‘O’ on your keyboard or through Roster and then Roster Information in the bottom-right menu.

You can scroll down to see roster levels and their stat boosts and rewards in the range of roster levels you’ve currently selected above the list of levels.

What is shared across the roster?

Not all progress that you make on one character is shared with the rest of the characters on the same server – the roster it belongs to.

Here is everything that is shared between a roster in Lost Ark:

That’s all you need to know about what roster and roster levels are in Lost Ark!

Lost Ark – How to Get Gienah’s Coins: Every Way to Obtain

Lost Ark – What Are the Most & Least Played Classes? – Class Popularity Statistics

Lost Ark – How to Get Thick Raw Meat: Where to Hunt Animals