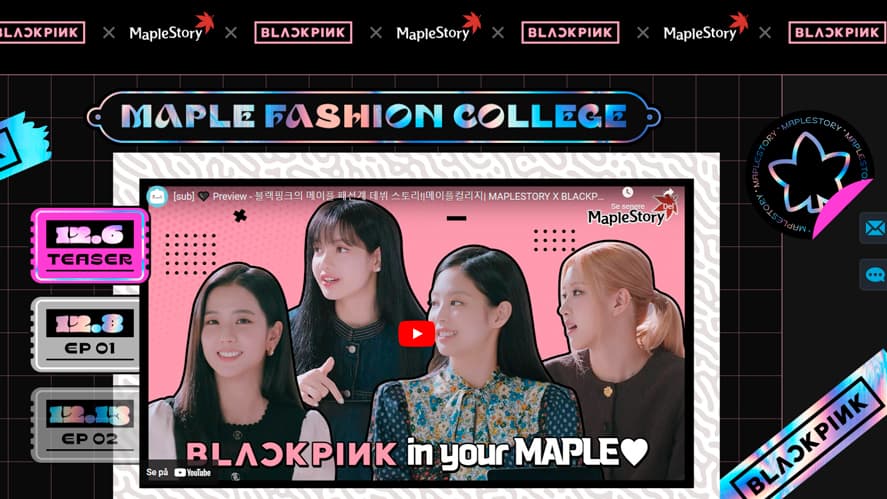 Nexon released a teaser announcing a collaboration between MapleStory and BLACKPINK. The teaser shows members of BLACKPINK discussing MapleStory’s fashion and proposing their own ideas for in-game fashion.

You can watch the teaser below.

BLACKPINK is a K-pop band from South Korea. They are known worldwide, even hitting number 1 on Billboard’s World Digital Songs chart.

The first episode is already out, where the group participates in a series of Maplestory design challenges.

You can find out more on their official site.