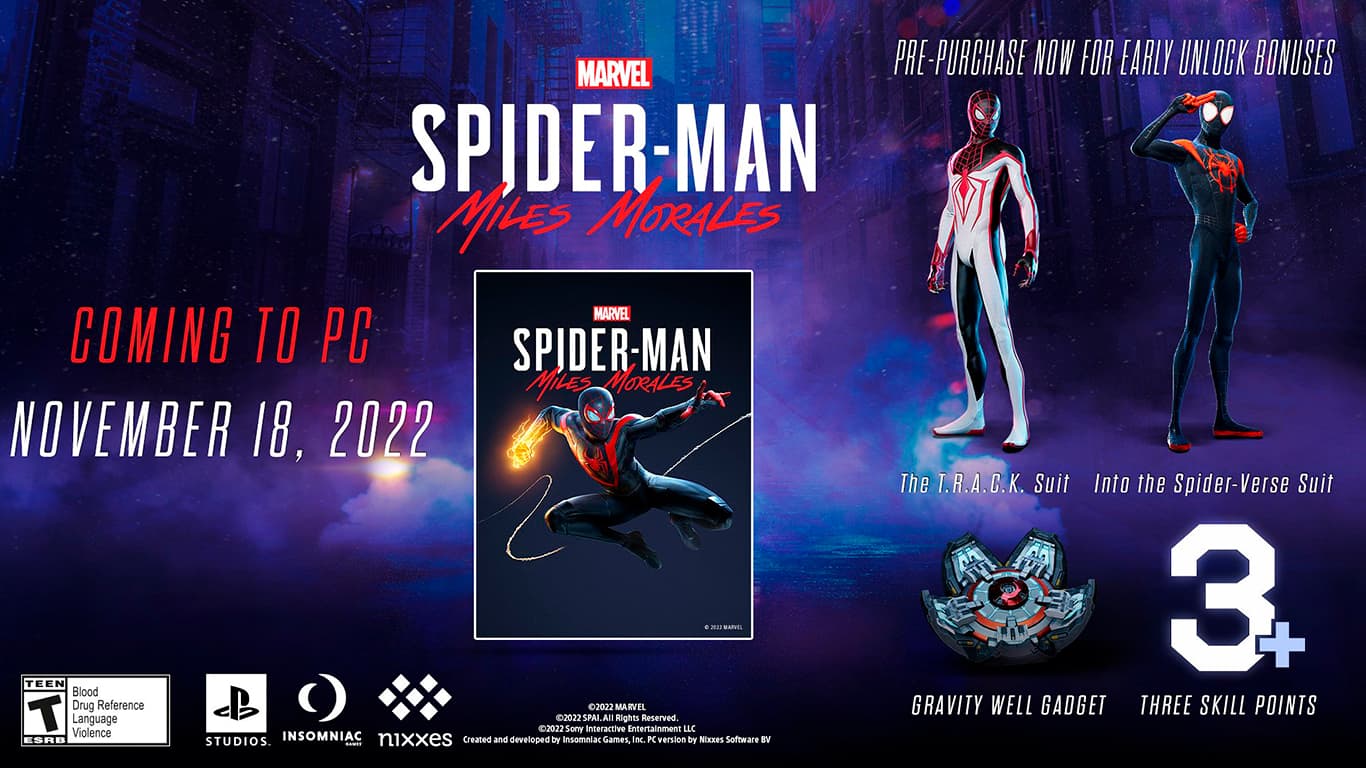 Sony revealed via its Playstation Blog that Marvel’s Spider-Man: Miles Morales is coming to PC On November 18. Sony tagged Nixxes software for the port and has been working in close collaboration with Insomniac Games.

While the game is getting enhancements over the PlayStation version, they are targeting a wide range of hardware configurations.

The game will be optimized for ultra-wide aspect ratios. So if you are rocking a 21:9, 32:9, or 48:9 triple monitor behemoth, Sony has you covered.

The game can run on a relatively modest setup for gameplay at the recommended specs for 1080P. You only need an NVIDIA GTX 1060 6GB or AMD Radeon RX 580 coupled with 16GB of RAM and an Intel core i5-4670 or AMD Ryzen 5 1600 to reach recommended settings.

The game will be playable with a keyboard and mouse. It will also be fully compatible with a PlayStation DualSense controller on a wired connection.

Marvel’s Spider-Man: Miles Morales will release on November 18, 2022, and can be pre-purchased on both Steam and in the Epic Games Store for $49.99.

Preorders will unlock a two-suit pack (including the T.R.A.C.K. Suit, and Into the Spider-Verse Suit), get early access to the Gravity Well gadget, and get three skill points to unlock extra abilities at the start of the game.