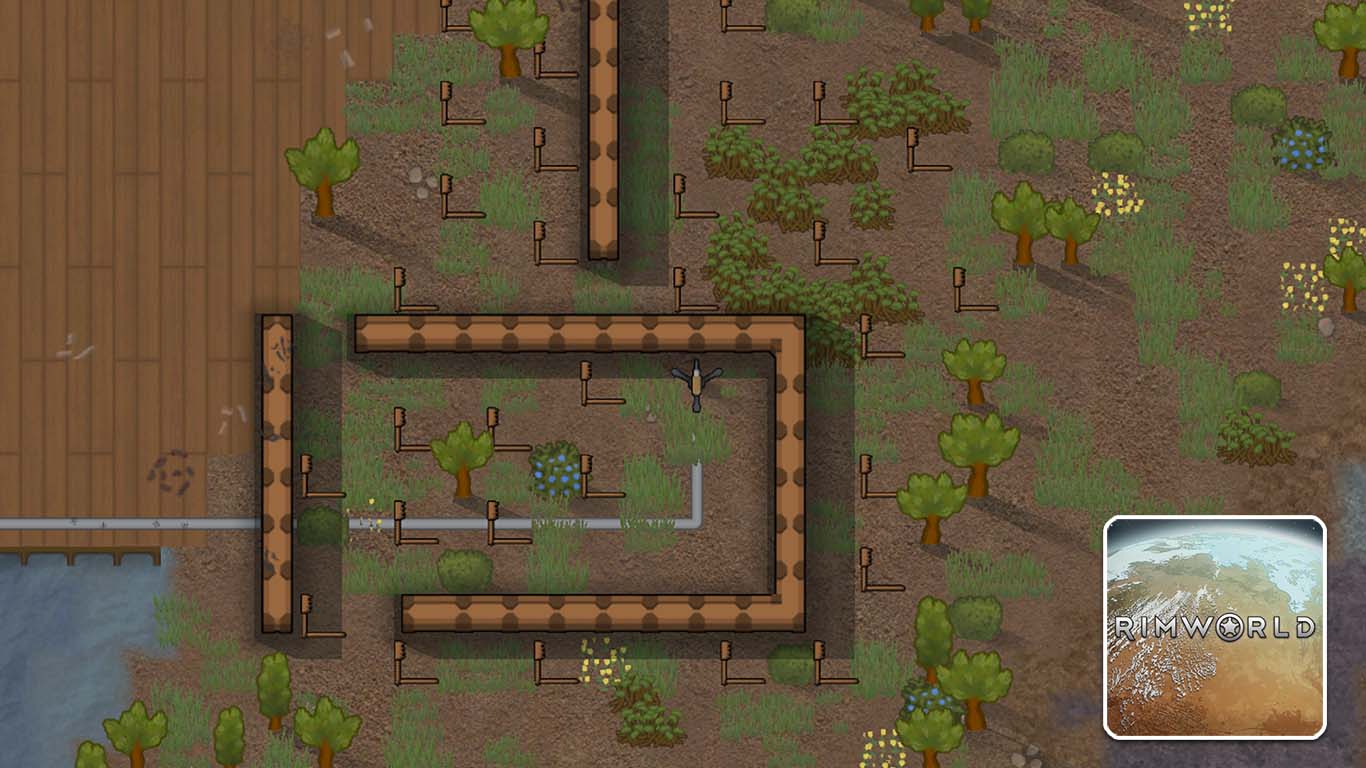 As you build turrets all over your RimWorld base, you might wonder if they can shoot over many of your man-made contraptions.

You have to know some things beforehand. Otherwise, you can end up with some badly positioned turrets that just end up being useless.

Recommended Read: Can Colonists/Pawns Get Pregnant in RimWorld?

So, as you have to look for the best positions to set your automatic turrets, you have to wonder if you can shoot over all those sandbags, barricades, and walls.

To help you position your defenses properly, we will answer the question: “Can turrets shoot over barricades and walls in Rimworld?”

Can Turrets Shoot Over Barricades and Walls in RimWorld

Turrets in RimWorld can shoot over sandbags and barricades with no problems whatsoever. However, RimWorld’s turrets can’t shoot over walls.

Walls work as the best way of defense in RimWorld, as nobody can attack you through them if they haven’t destroyed them yet.

Since walls can also work to guide attackers and trick them into killboxes, you can’t just shoot over them using turrets.

On the other hand, different weapons can shoot over walls, such as the mortar. Of course, it only works as long as you don’t build a roof over it.

Barricades are the best defense you can set up in front and around your turrets, as they can easily shoot over them and can keep them safe for a decent amount of time.

Usually, you don’t necessarily have to set up barricades around turrets, as they should just be used to attract the enemies as they shoot. But, if you do want to protect them, use barricades.

That’s everything you need to know about turrets and their ability to shoot over barricades and walls in RimWorld!

RimWorld – Can Colonists/Pawns Get Pregnant?

RimWorld – How to Get and Make Cloth