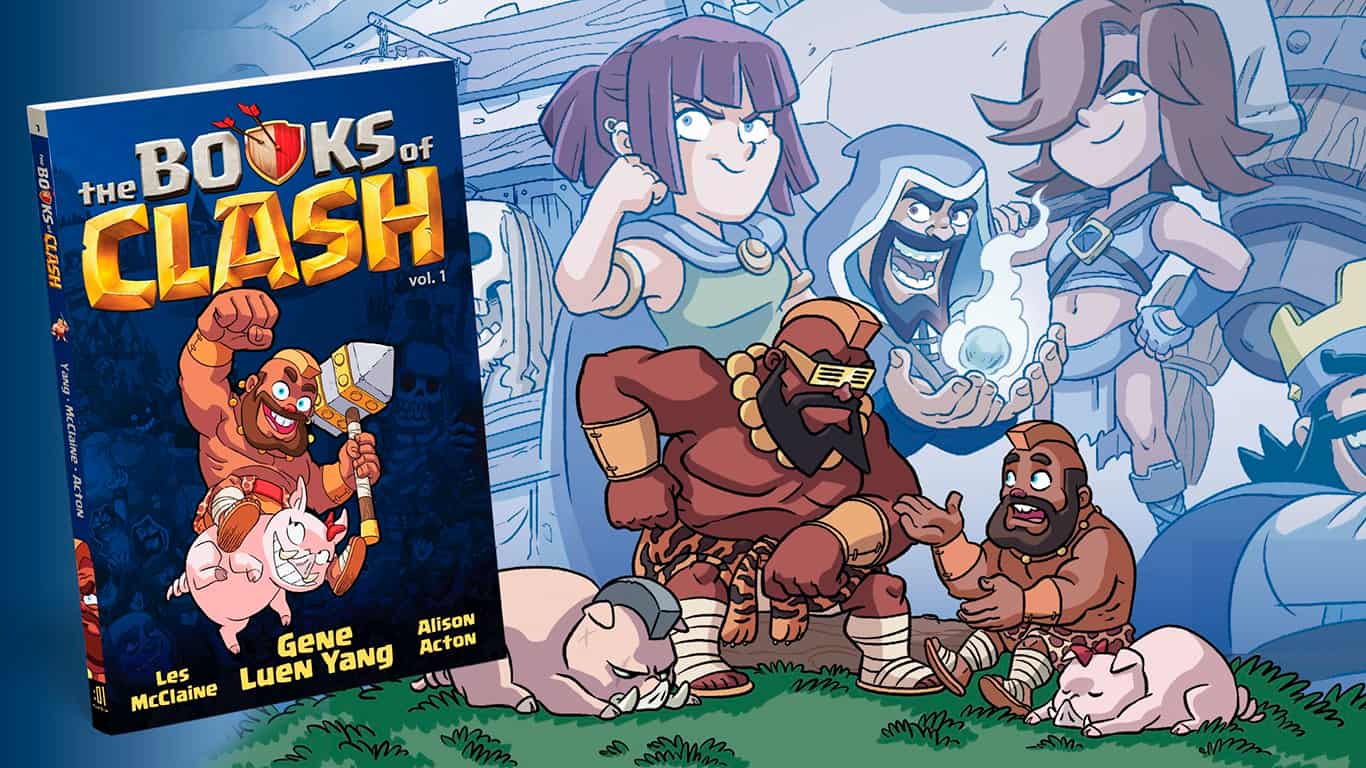 Supercell formed a new team to bring its characters and worlds to life outside of its games. The new team is called Entertainment & Partnerships and is releasing an 8-volume series called the Books of Clash that is set in the world of Clash of Clans and Clash Royale.

The Books of Clash series was created by the award-winning and NY Times bestselling author Gene Luen Yang. As a Clash fan, Supercell couldn’t help but love his pitch for the series.

“My kids and I have been Supercell fans ever since we first played Clash of Clans many, many years ago. We’ve always loved not just the game mechanics, but also the characters and the world. I am so thrilled to be a part of the team that gets to flesh out those characters and that world! I can’t wait to show graphic novel fans what we’ve built.”

Volume 1 will follow a Hog Rider named Terry and his Hog Pim Pim. Volume 1 is the beginning of their adventures together, but Supercell promises legendary battles, unlikely friendships, and unforgivable family betrayals.

You can find a free sample and pre-order Volume 1 at BooksOfClash.com.

Supercell Is Ending the Development of Everdale This Month