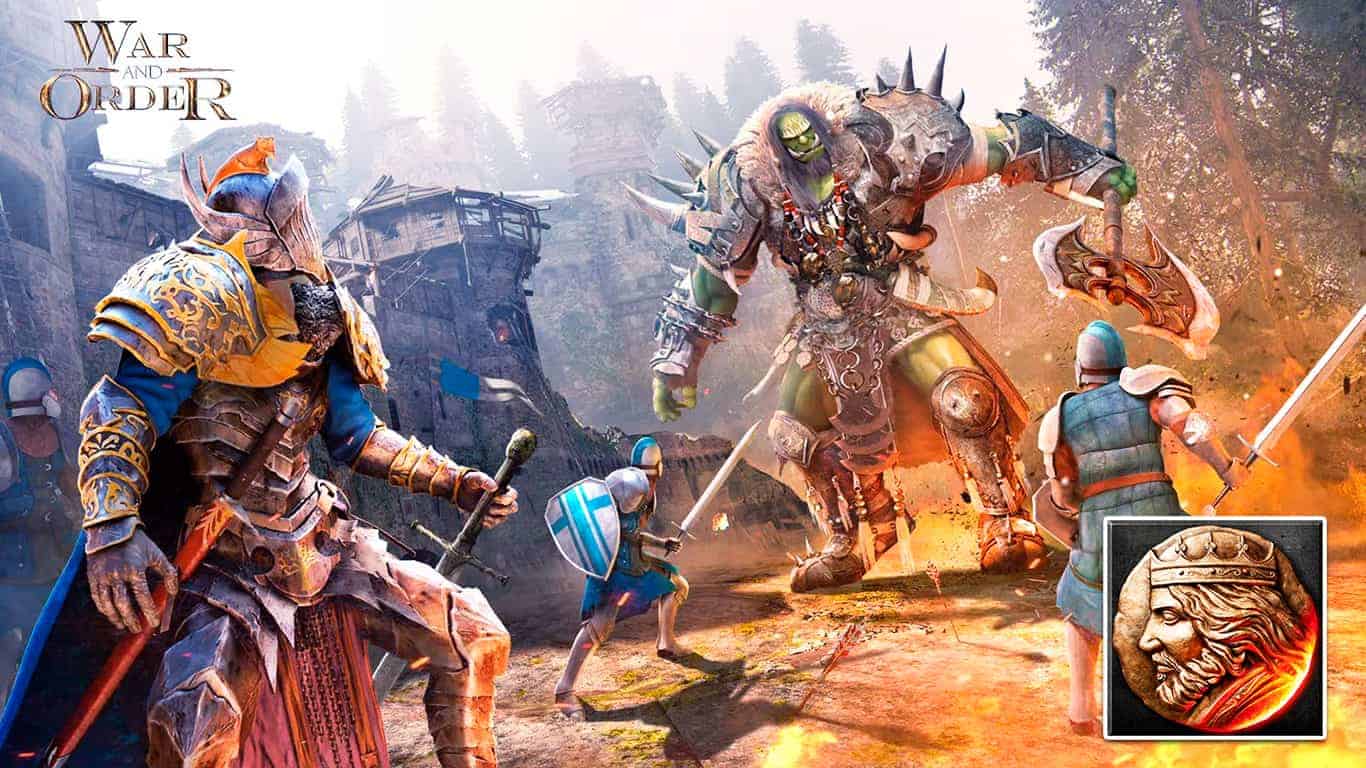 War and Order is an MMO strategy war game by Camel Games Limited.

In the game, you will build up your castle, strengthen your defenses, fight against mighty foes, raise a mighty army with various fantasy creatures.

To prosper, you need to strategize and plan to slay strong enemies and grow your kingdom.

In this guide, we give you tips and tricks to progress through the game.

The game is available on both the App Store and Google Play for free.

Once you begin the game, you will be greeted with the in-game tutorial, which will show you the basic elements of the game.

After that, it’s time to start gathering resources and building structures. You need resources to build structures that will, in turn, generate more resources and boost the power of your army, kingdom defenses, etc.

To acquire items and more resources, you will train an army of fighters to challenge enemies on the vast land in a fight for territory.

Along your journey, you will receive several rewards, including check-in rewards, quest rewards, and event rewards.

Also, don’t forget to join an alliance for useful benefits and companionship.

The lord and skill points

Your lord, which is you, the player, is an important upgradable character in the game.

You have to keep upgrading it to keep progressing in War and Order, as it greatly impacts the outcome of battles and your army’s power.

As you progress through the game, you will earn skill points that you can use to upgrade the abilities and boosts your lord gives you.

There are two categories for skill point distribution in total – war and development.

As the name suggests, the war category increases your battle power against your foes in the form of higher defenses and increased damage as well as increased conquest speed and power.

The development section will significantly boost your building, harvesting, and overall upgrading time inside your town.

If you’ve used up all your skill points but are not satisfied with your choices, you can reset them.

You can also save different skill setups for various scenarios.

Keep in mind that switching between setups or resetting them is not free, so it’s better to choose your skill points wisely.

How to get resources

Wood and food currencies are the easiest to obtain but are also used up very quickly for your upgrades and leveling up.

Gems are way harder to obtain, but you can use them to substitute items that you lack.

You can obtain resources in multiple ways. The most common and easiest way is to collect resources generated from your buildings and complete King’s Roads missions.

Battling mobs and plundering other players’ resources by attacking their castles is another way to obtain resources in War and Order.

Lastly, you can obtain resources by claiming rewards, including log-in rewards and rewards from events.

A tip from us for more resources: keep an eye out for your people in your kingdom as they offer you items that will help you grow stronger from time to time.

You can also join an alliance for extra resources, external help, and exclusive alliance bonuses.

Time is another very important factor in this game.

Every time you level up or upgrade a structure, the time required to upgrade to the next level increases.

Therefore we suggest gathering as many speed-up items as possible, as they will be of great help throughout the game.

Recruiting is an important part of the game, as you need to gather strong allies to take down enemies.

You can recruit at the barracks building in your kingdom.

There are four types of soldiers that you can recruit:

Bonuses from structures like training grounds, equipment, and technology can help you speed up your recruitment in the game.

When you reach higher levels, you can recruit level 7 and above troops.

When you recruit 500 or more troops, you gain titan crystals.

The higher level of recruitment, the more titan crystals you will receive.

But do keep in mind that there’s a limit on how many you can gain in a week.

Quests play a major role in progressing through War and Order.

They will both make sure you are on the right track, don’t miss out on vital content, and earn you rewards at the same time.

There are several types of quests in the game – main quests (king’s road), alliance quests, daily/weekly missions, challenges, and events.

Take, for example, the 7-Day March event. It will unlock new growth missions, daily quests, and special packs each day for a week.

You can use gems to buy items that are on discounts in the special packs.

But take note that if you haven’t completed a specific quest that day, you won’t be able to get back to it afterward, so if you can’t complete them all, choose the ones that give the items you need.

Completing them all will give you a bonus – a badge.

When you have accumulated enough badges, you can exchange them for more resources on the Event page.

So be sure to take advantage of quests like these.

You are now ready to set out and conquer the world of War and Order!

Hopefully, this guide helps you progress faster through the game.

If you have any tips and tricks for this guide, let us know in the comment section below.

Sins Raid Guide – Tips & Tricks To Get A Great Start