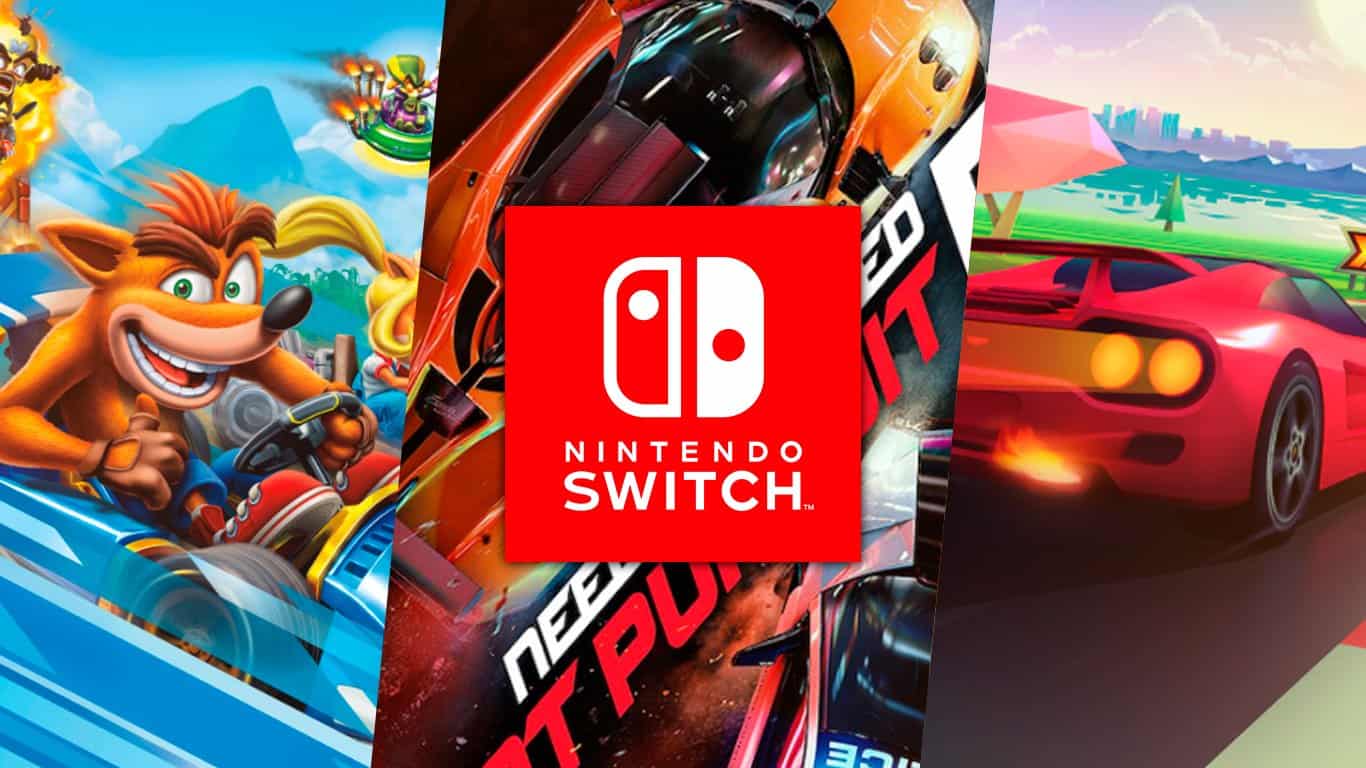 The Nintendo Switch is absolutely phenomenal when it comes to both quantity and quality for certain types of games.

Racing titles offer a good example, with a long list of titles for anyone interested in drifting through tracks.

The number of high-quality releases currently available is really something to take in.

Whether you’re into a fun, competitive race with your friends and family or a realistic race, there is a game for you.

Check out this list of the best racing games on the Nintendo Switch.

Released by Aquiris in 2018, the game quickly garnered a following for stunning visuals and sound, flawlessly evocative of the 80s and 90s arcade racers.

At the same time, the game has depth and almost everything from the style and substance of the best modern titles.

There isn’t a deep story to be found here. Nor are you required to know a lot about cars.

The game offers a variety of gameplay options, vehicles, and more. Several different modes are available.

You’re going to spend most of your time on World Tour.

Starting from California, winning races at a rapid pace will unlock other locations.

There are also bonus races, offering a variety of upgrades.

More cars can be unlocked as you continue to win.

The gameplay is extremely straightforward, controls brilliantly recreate the beauty of the arcade experience.

The game also does well on the multiplayer front.

Difficulty-wise, the game is very easy to pick up but naturally just challenging enough to master that you’ll come back.

Developed by Codemasters and Ferel Interactive, GRID Autosport uses amazing visuals and sounds, as it puts you in the driver’s seat as a pro-racer, going against the world in some of the most intense motorsports events in the world.

GRID Autosport was released a little while ago. In that stretch of time, it quickly built a reputation among serious racing fans for offering the perfect blend of intense driving excitement with believable handling.

Some describe the game as being several different types of racing games in one.

The main experience is, however, built on delivering fast-paced, realistic racing.

The visual punch of this game is worth mentioning again. The whole thing is quite simply stunning in every possible regard.

The sound and pace of the game are pitch-perfect, and there are naturally a ton of different tracks and cars.

Beyond depth and gameplay, the title really shines by offering five unique disciplines to master.

These are Touring, Endurance, Tuner, Open-Wheel, and Street. Each mode presents a deep inventory of challenges and possibilities.

Switch users will be pleased with how this game handles.

However, if you want a greater degree of analog control, note that the game allows for GameCube controller connectivity.

Touted as the definitive edition of one of the most extraordinary kart racers ever, Mario Kart 8 Deluxe is a must-have for fans of racing in any form.

Offering a massive battle mode, online racing, and a spectacular one-player mode, Mario Kart continues to be the best realization of what happens when you combine the Mario universe with high-octane racing.

In addition to everything included in the previous version, Mario Kart 8 Deluxe adds several new characters, a revamped battle mode, and even a few new tracks.

There is also a great mode for newcomers or small children.

Best of all? You can now carry two items at a time!

Mario Kart 8 Deluxe continues a memorable tradition of making a racing game that’s easy to pick up, challenging to master, and a blast to play in any given mood you choose.

When you come across the name “Need for Speed” in videogame history, we’re certainly talking about a heavyweight.

This release from developer Criterion Games offers sharp graphics, great gameplay, and everything else you might expect from a continuation of one of the most popular franchises in game history.

As the name implies, the game is a remastered variation of the highly successful 2010 release.

Like many of the best Need for Speed games, the title is a striking and unique combination of arcade excitement with the depth of something along the lines of a simulator.

New visuals, a cross-platformer multiplayer mode, and tons of DCL content give the game considerable value beyond its other modes and gameplay.

The biggest features to be found here would have to be the cross-platform multiplayer and Autolog components.

Not only can you play with just about anyone, but the Autolog, in particular, takes the concept of competitive online racing and gives it layers you never imagined it could have.

Dozens of challenges, exotic vehicles with advanced weaponry, and the amazing Chase and Escape mode give you a plethora of one and multiplayer experiences.

Much like its 2010 predecessor, Hot Pursuit boasts excellent controls, graphics, and sound.

The game is known as the ultimate driving playground, and it is difficult to argue with such a statement.

The game essentially sets you out into this very large world known as Paradise City to make your fortune and dominate the competition.

You’re going to be dealing with heavy traffic, bloodthirsty opponents, and a city with as many dangers as there are shortcuts.

Remember that this a game that emphasizes both speed, precision but also a healthy dose of destruction.

The game doesn’t really stress out on different modes of play.

The game gives you a variety of different challenges and locations to work with.

Winning these can lead to new vehicles, but there are a lot of other possibilities to unlock along the way.

Over 130 vehicles are featured, with something for just about anyone’s taste.

There are also literally hundreds of online challenges to take in.

The gameplay is crisp and clean in Burnout Paradise Remastered.

The controls are a snap, and the overall game is laid out in a way that can appeal to both hardcore and casual fans.

While perhaps a little older than some of the other games on this list, Fast RMX from Shin’en is still a delightful title.

With breathtaking graphics and sound, combined with relentless action and personalization, Fast RMX definitely deserves a key spot on any list of the best Switch racing games.

Getting behind the wheel of an anti-gravity vehicle, Fast RMX is a unique challenge that might remind you of classics like F-Zero.

If you enjoy blistering past the competition along futuristic tracks, you’re going to love everything this game brings to the races.

The game can be broken down into two main experiences.

On the one hand, you have a single-player mode that can be a blast for those who just want to play, rack up scores, and avoid competition with real players.

However, whether in multiplayer mode or through online play, this game really shines when you pit yourself against the world.

Hero Mode, in particular, has a lot to offer.

The game is fast-paced arcade excitement with a moderate focus on good handling.

The game offers good controls, although it perhaps works best when played on the TV.

The graphics are still beautiful, with strong framerates.

The game offers players the opportunity to race against the competition as one of their favorite characters from these games.

While a version of this title was technically released some years ago, this Switch edition of Crash Team Racing Nitro-Fueled actually makes a number of changes.

This includes combining characters and tracks from the sequel Nitro Cart.

Adventure Mode is one of the best features in the game, offering a solid story, as well as an impressive range of challenges.

This mode of the game alone is bound to keep you busy for a significant amount of time.

However, as you may have guessed, the game also has a lot to offer for fans of the multiplayer experience.

Whether you play local or opt to go online, the game will keep you going with twenty-six characters and thirty-one tracks.

Those who have played kart games will know what to expect here.

That’s our picks for the best title of best racing games on the Nintendo Switch!

Do you know of any other great racing game you believe should be included in this list? Let us know in the comment section below.