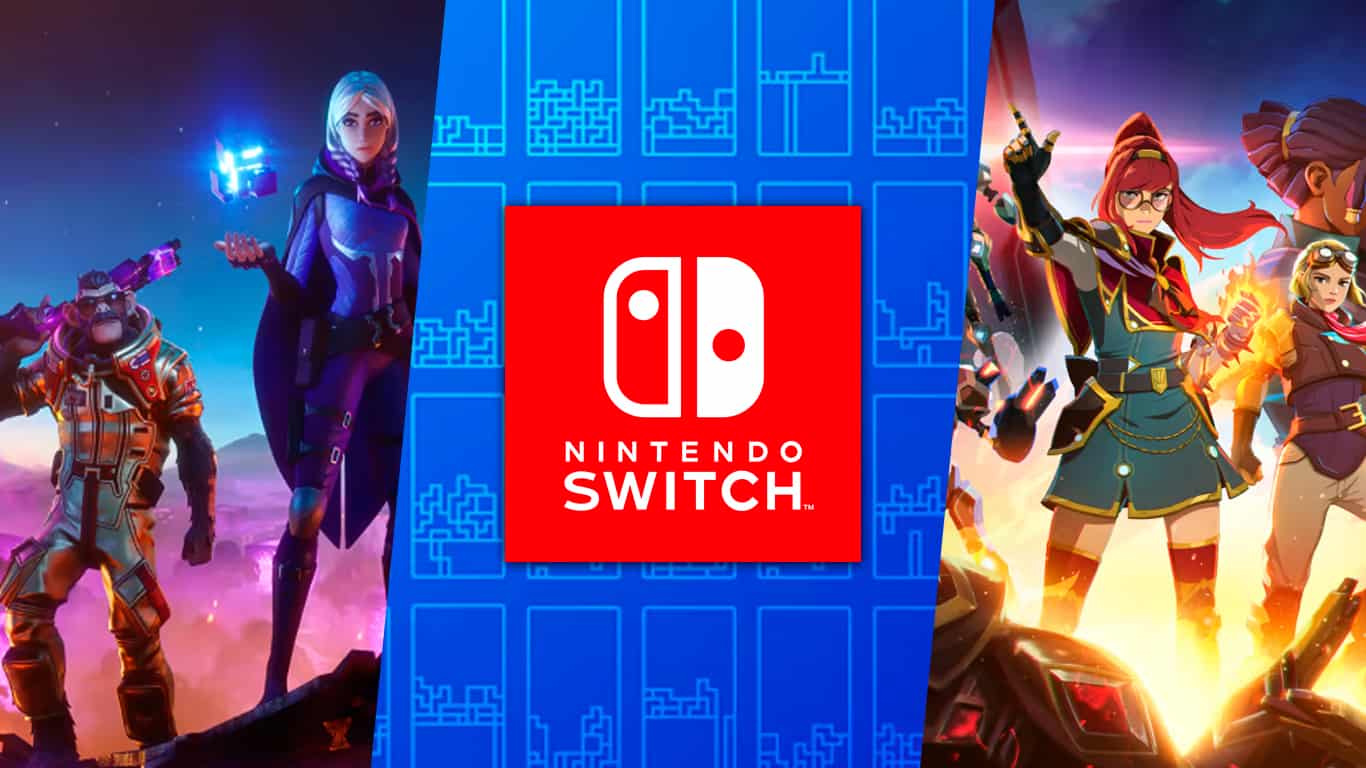 Nothing beats the rush of trying to be the last man standing in a good game of battle royale.

The battle royale genre surged to the top with the rise of PUBG and Fortnite and has remained one of the most played genres to date.

Naturally, people around the world want to play battle royale games on their Nintendo Switch as well.

Whether you want to throw fireballs at your friends, compete in cartoon tourneys, or soldier it out with your weapons and gear, there is a little something for everyone.

In this guide, we give you seven of the best battle royale games to play on the Nintendo Switch today!

For hardcore battle royale fans, Apex Legends was long-awaited for the Nintendo Switch console, and we’d have to say that they’ve done an excellent job.

Not all games can boast of having 100 million players around the world, but Apex Legends does, and the classic formula remains unchanged on the Switch.

Your team is dropped via airship to collect loot, weapons, and armor and has to fight to be the last team standing.

While the game does have cross-play, it is worth noting that it currently does not have cross-progression.

This means that your progression, what you’ve unlocked, will be bound to the Nintendo Switch version.

If you’re a newer player, this won’t be much of a problem, but veterans changing to the Switch will need to unlock their favorite characters to play them on the new platform.

To get Apex Legends, you’ve currently got two options available. You can download it for free or go with the Champion’s edition, which gives you access to most characters in the game and all of the content from seasons 1 – 7.

Apex Legends is an awesome, fast-paced battle royale that is sure to be a hit amongst fans of the genre!

When it comes to free-for-all shooter action, Fortnite is one title that definitely delivers.

It’s an amazing battle royale, and when you parachute down to an island with 99 other players out to get you, you’ll feel the excitement.

The controls on the Switch are intuitive, and like many other shooter games on consoles, you get a little help with aiming.

For newcomers to this game, the premise is simple. You and 99 others parachute into an island to fight while building with the goal of being the last person standing. Or the last team standing, if you play with friends.

While it can be a little overwhelming at first, it’s a great and challenging time once you get used to the pace.

Bringing your headphones can be a great idea, as they’ll help you hear other players as they’re creeping up on you.

Building is a major part of Fortnite, and with various building settings on the Switch, there is definitely a setting that suits your current building capabilities.

Ready for a fun yet challenging and exciting battle with building and shooting? Then give Fortnite a try!

If slinging spells is more your style, then Spellbreak might be the battle royale for you!

While the game hosts fewer players than Fortnite, fighting against up to 41 other mages is plenty of challenge and fun.

In Spellbreak, you’ve got six classes of spellcasters to choose from, giving you attacks based on fire, earth, ice, wind, poison, and lightning.

Whatever you select is what you’ll be using for the duration of your match. These skills can be mixed with others, allowing you to combine wind and fire, for example, to make flaming tornados!

Your spells can also affect the environment, freezing or ripping open the ground, making dueling quite the experience.

Unlike some battle royale titles, you can increase in rank in Spellbreak.

The game rewards you with gold for playing, which you can spend to customize your character.

There is also loot to be found in the playing field that will help you in battle, and you can also take whatever loot an enemy you’ve defeated has collected.

The map is quite enormous, so there is plenty of room for both exploration and massive spell battles.

Spellbreak is a fresh take on the battle royale genre, which puts you in a completely new environment and allows you to test your inner magician skills while impacting the very world you fight in!

The 41-year-old classic Pac-Man is back, and we’d have to say it’s holding up nicely.

So, how do you make the tabletop classic into a 99-player battle royale game?

It’s all about the competition, of course! While everyone is playing on their own maze, things you do in the game affect other players’ maze.

These include power-ups that can boost your speed or let you eat ghosts for a few seconds and which send a ghostly Pac-Man to your enemy’s screen that can slow them and get them caught!

Half of the fun is in learning the different strategies that come into play when you make a tabletop classic into a battle royale.

Best of all, it’s free to download if you’ve got Nintendo Switch Online, so be sure to check it out. You’ll be happy that you did!

While it’s definitely a battle royale at its core, Realm Royale goes a long way in giving their game a fresh feel in gameplay.

First off, you’ve got four classes to choose from. You can pick a Mage, Warrior, Hunter, or Assassin, and as your player progresses, you’ll unlock special skills for each.

For instance, warriors have a healing shout that can be used to heal your team members, while Assassins can ‘Blink’ to teleport small distances on the field.

Your gear is highly customizable, as well, using a ‘shard’ system that lets you break down any gear that you don’t need and forge it into something else.

Respawning is also fun in the game, as it turns you into a tiny chicken waving a little white surrender flag when knocked down, and if you can avoid the other players for 10 seconds, then you can revert back into a human, and you’re back in the game.

This keeps the matches more interesting, always giving you a second chance at winning a fight!

If you’re looking for a battle royale with an RPG feel to it, then Realm Royale is a title try!

When it comes to games you’d expect on a battle royale list, Tetris is not one of them, but Tetris99 is actually a fantastic battle royale!

Clearing lines on your own board can send ‘junk’ lines to your opponents, which forces them to clear lines faster and clear the junk if they don’t want to end up with bricks to the top of their screen and be out.

This line-sending concept makes the gameplay absolutely brutal, and you can see the other 98 players as they fight through unrelenting waves, almost like you were in a game show.

You have four different main attacks that you can employ on other players, including ‘Random’, which attacks a random player, and ‘Attacker’, which automatically attacks anyone attacking you.

‘KO’ is an attack that targets other players close to being knocked out, and ‘Badges’ allows you to try to steal your opponent’s power-up and badges for yourself.

It’s a simple but elegant upgrade to the classic game, and it works.

If you like Tetris and don’t mind an extra element of competition and strategy that dramatically increases the excitement and fun of the game, then check out Tetris99!

Modeled after Takeshi’s castle, players compete in a series of single and team-based elimination events until only one player remains who is crowned the winner.

Each of these events is a little crazier than the last, too, so you’ll find yourself crossing impossible bridges, racing uphill, jumping on layers of disappearing platforms, and more.

The cartoonish style is notable, and the graphics are great. The controls are intuitive, too, making this a game that anyone can pick up and get the hang of quickly.

Within minutes, you can run, dive, and grab things as you fight, or more likely, struggle your way to the top.

The game offers more than 25 different challenges, and each challenge that you win gets you a little XP that you can spend upgrading your character.

Developers are also promising to throw in the occasional free level from time to time to keep things fun and fresh.

We should note that currently, this game is played completely online, but it is hoped that split-screen support will be added later for the Nintendo Switch.

If you want some good, family-friendly fun, then Fall Guys: Ultimate Knockout is sure to bring you just that!

Those are our picks on the best battle royale titles to play on the Nintendo Switch!

Know of any other great battles royales for the Switch? Let us know in the comment section below.

7 Best Nintendo Switch Games That Are Under $20