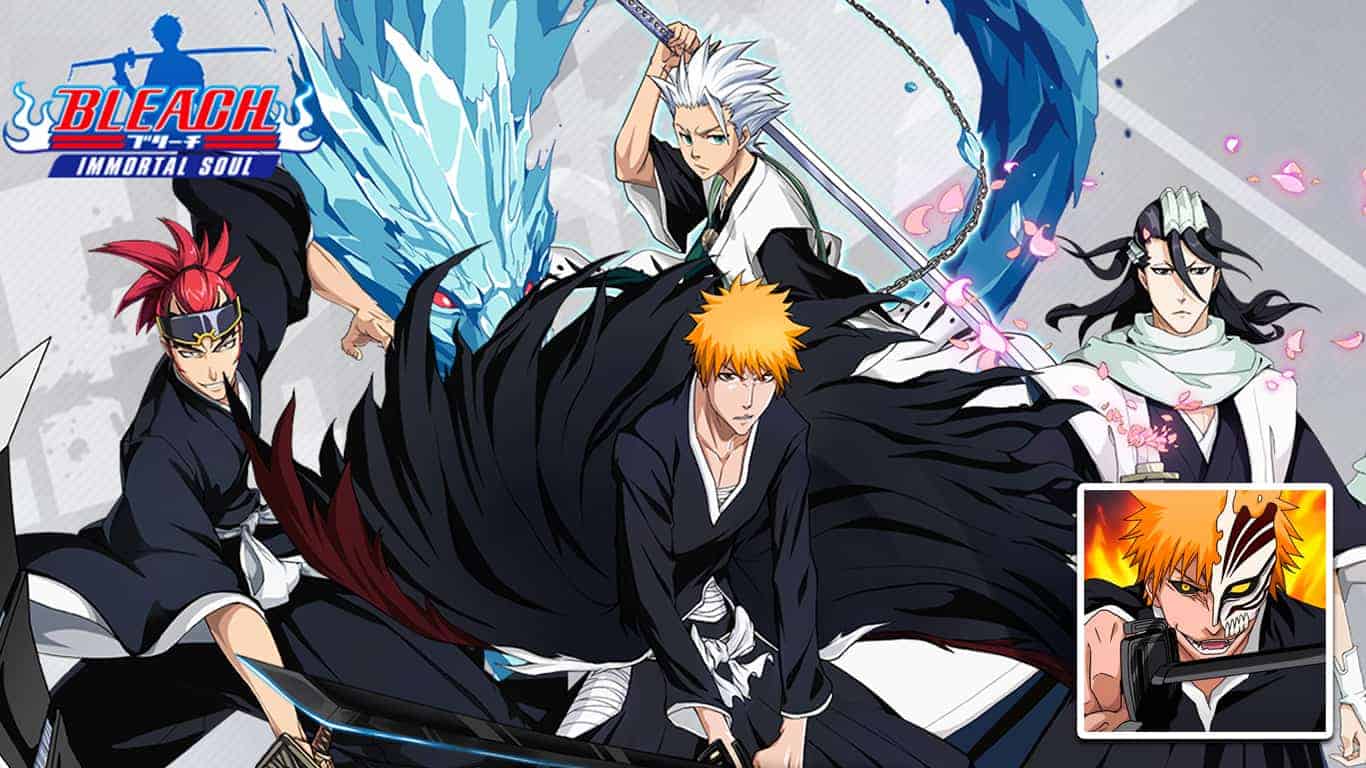 Building an amazing team in Bleach: Immortal Soul is one of the main objectives, but sure is no easy task.

With so many unique characters in the game, it’s difficult to choose just six to bring onto your team. Furthermore, there are several factors to keep in mind when creating the best team.

We’ve created this guide to help you build your team as well as found examples of real teams created by top players in the game.

When creating your team in Bleach: Immortal Soul, there are a couple of things you should keep in mind.

These include the roles and specialty of the characters you bring, the buffs your team gets from war soul, and the amount of control your team has.

Furthermore, some characters simply perform better than others, so try to bring top tier characters.

You can find inspiration in or copy a team you like in the examples we’ve provided below.

Every character in Bleach: Immortan Soul belongs to one of three roles:

Having the right balance of these roles is important if you want to compete with the best players in the game.

Compared to other RPG mobile games, having support and tank characters is less important.

Some attacker characters are almost as tanky as tanks, while some provide almost as useful buffs as supports.

You can find the role of a character by opening their info page under ‘Characters’. Right next to their specialty icon, you’ll see either attacker, tank, or support, which is the role of that character.

Many top players bring at the most one support character and one tank character on their team.

The remaining characters they bring are attackers. However, as mentioned, certain attackers can provide some support or defense besides their damage.

Because of the way health and damage stats are structured in the game, many characters can take quite a few hits contrary to other RPG mobile games, another reason why you see players bring so many attacker characters to battle.

Besides their role, every character in the game belongs to one of three specialties:

To see which specialty a character has, go to the info page of that character and look at the little icon right under specialty.

Characters often have the corresponding specialty to their role, which means attackers have attack specialty, tanks defense specialty, and supports skill specialty.

However, this doesn’t apply to all characters as Matsumoto, for example, is a tank with the skill specialty.

All specialties counter one specialty and are countered by the other.

Here is a rundown of how each specialty interacts with the rest.

You can see the specialty advantages system in visual form in the image below.

Because the boost you get from specialty advantages is significant, you should try not to bring too many or exclusively one specialty type.

If you do, you will be at a major disadvantage if you face a team that has many characters of the specialty that counters your team.

Another thing to keep in mind when creating your team is war soul buffs.

War soul buffs boost the stats of all characters on your team in battle.

You get war soul buffs based on the characters in your formation.

There are four different war souls that give different buffs:

All of these war souls give useful buffs, but only give them if you meet the requirements for them.

You can get different war soul buffs on your team at the same time.

If possible, try to optimize your team’s war souls by bringing exactly two or four characters of a given war soul.

Having the exact number of war souls is, however, not always possible, so don’t change your entire team just to hit this target.

To find out exactly what each level of all the war soul buffs give, go to ‘Formation’ and press the war soul icons on the left side.

Best characters for your team

When looking for characters to fill a specific slot on your team, some characters are simply better than others.

Even though all characters are unique, many fill the same role on your team, thus making some characters a clear choice over others.

A couple of the very best characters in Bleach: Immortal Soul include:

All of these are excellent choices for your team if you need a solid attacker.

If you’re looking for a tank, Tessai is an obvious choice, and if you need a support, check out Unohana.

You can find more characters for your team with more details in our Bleach: Immortal Soul tier list.

Pure damage and defense can be great, but might not be enough to compete with the best teams and hardest levels out there.

Therefore, you should consider how combos and control can bring your team to new heights.

When we mention combos, we are referring to synergies between characters on your team.

For example, if you have a character with an amazing rage skill, bringing a character that helps your team regain rage faster will significantly increase the damage output of that first character.

Control is another way to ensure your team will do well in battle.

Control is all forms of debuffs that prevent the enemy from dealing damage in some way, such as silences and stuns.

If you bring someone with the ability to silence the entire enemy team or stun a good portion of them, like Matsumoto, you can turn an entire battle around, if you manage to get the control off at the right time.

A great way to start building your team is to choose a character you want to use and then build the rest of the team around that.

It can, however, be difficult to know where to start.

These are all very solid teams, which you can draw inspiration from or simply copy if you like any.

All these teams are extremely powerful and are sure to make you progress faster and reach new heights in the game.

That’s everything you need to know about building the perfect team in Bleach: Immortal Soul.

If you have any input or suggestions for this guide, then you can share it with us in the comment section below.