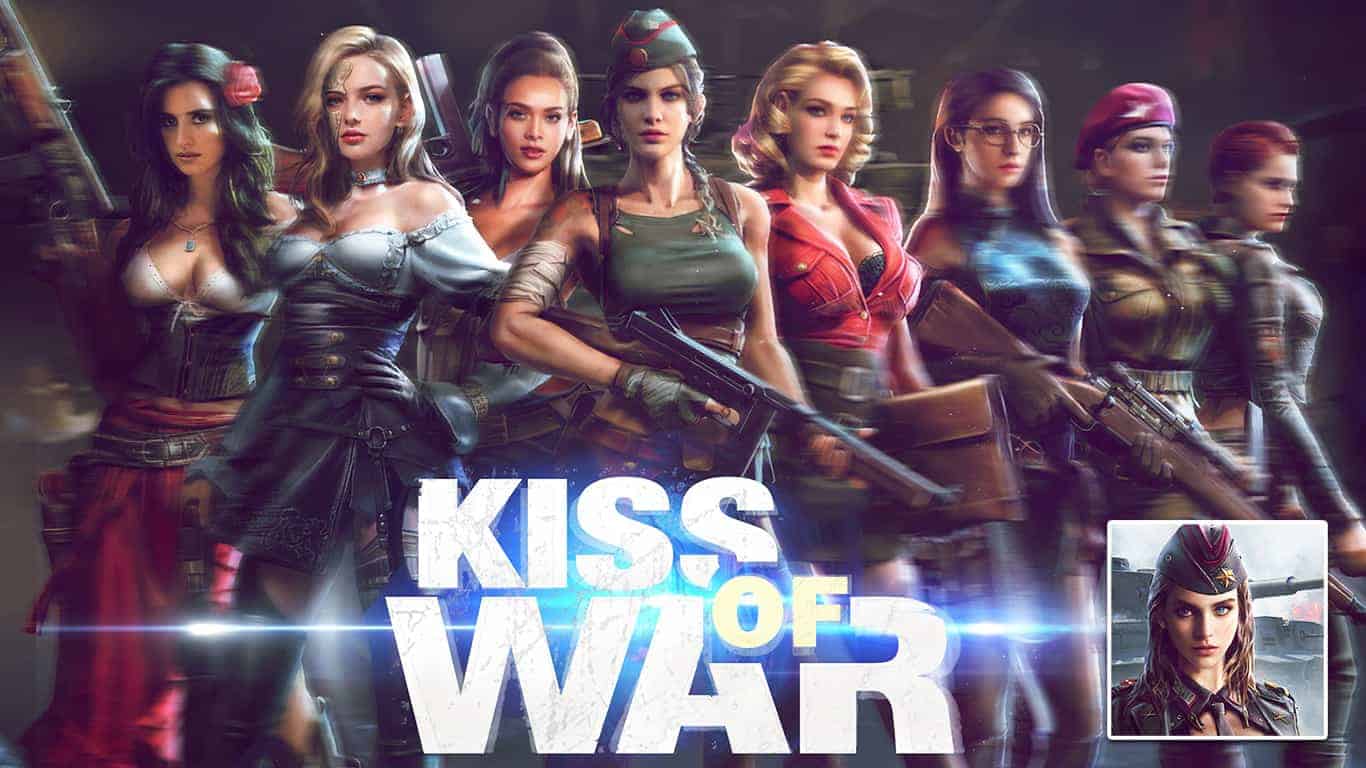 Kiss of War is a strategy mobile game by Tap4Fun, the developers behind popular titles, including Dead Empire and Age of Apes.

In Kiss of War, you’re in the middle of an epic battle between the US, UK, Soviet, and most of Europe.

Your job is to build a mighty city, join forces with allies, build an army of troops, and fight enemies.

In this guide, we give you tips and tricks to progress faster in the game!

Basics of Kiss of War

In Kiss of War, the main objective is to build a powerful city, train troops, and conquer the land by winning fights.

There are several steps and experimentation players must do, including building the right army for battle and join forces with allied players, to win fights.

Before the game starts, you get to choose one of four countries to play, each with a set of permanent buffs.

After choosing a country, you’ll be sent to your city, where you can build new buildings, train troops, upgrade buildings, and much more.

You must keep expanding this city and gather resources to keep up with the increasing difficulty of enemies and other players.

Once you’ve trained some troops, you can start marching on the world map.

In the beginning, you’ll just be gathering resources and fighting enemies.

But later on, you’re going to be fighting other players and their guilds to expand your kingdom and rake in resources.

To guide you along your journey, you can do a series of campaign levels throughout the game.

Officer system and how to get officers

Officers are special characters that help your entire city by giving useful buffs.

At the start of the game, you’ll get to choose one of four officers.

Officers have unique traits, talents, and skills, which makes them suitable for specific army setups.

Therefore, you should try to match your army compositions and officer choices.

At the start of the game, you’ll only have two officers, but you can get more by using the recruitment feature inside the Recruitment Center.

You can check out all your officers and their traits in the Officer tab located in the bottom menu.

In the officers tap, you can also upgrade your officers by leveling them up and building their talent tree.

Another way to improve the stats of all your officers is by visiting the officers club and playing the poker minigame.

We recommend you not train too many officers at once, as you want to focus your officer XP consumables on the stronger ones.

Later on in the game, when you get legendary officers, you want to prioritize these, as they are the strongest in the game.

You can choose what officers to use in the Defense Center.

Time speed-ups are valuable items you’ll acquire throughout the game from different activities, including missions and recruitments.

Whenever a task is being completed, such as upgrading a building or training troops, you can speed up the process by using time speed-ups.

Because speed-ups can have such a big impact on the rate of your progress, you should spend them wisely.

Building speed-ups should be used on either the lab or troop generating buildings.

When these two types of buildings are being upgraded, they cannot research nor train troops, which is inefficient.

Therefore, focus your building speed-ups on these two types of buildings.

At the beginning of the game, you might want to use building speed-ups on your HQ, as you cannot upgrade any other building beyond your HQ’s level.

Training speed-ups can only be used to speed up the process of training troops, so just use them on that.

How to get resources

Through your journey in Kiss of War, you need to be collecting resources.

Resources are required to do everything from upgrading buildings to starting research.

The two main types of resources in the game are food and steel.

Both of these resources can be obtained by marching and completing battles, collecting them at your Farms and Steel Mills, and missions.

The two other resources you’ll need later on are oil and power, which can be obtained through the Oil Rig and the Power Plant.

These resource generating buildings are very important for your city. Thus you should upgrade them often.

You should also be sure to collect their resources frequently to make sure they don’t reach their maximum capacity and stop producing resources.

All your resource generating buildings are located right outside the walls of your city.

Joining a guild is fantastic for speeding up your progress in Kiss of War.

There are several benefits to being in a guild, which is why you should join one as soon as possible.

You will be prompted to join a guild right after going through the tutorial.

If you didn’t join one there, you can do so by pressing the Guild button in the bottom menu and finding one there.

When you’re in a guild, you get access to more free speed-ups on buildings and research, assistance in battle, resources and more from the guild’s territory, and more.

To access missions, press the orange quest icon in the bottom left corner right above the world map button.

Here you can see both chapter missions, daily missions, and recommended missions.

Chapter missions are the most important, as they help expand your city and reach new territory.

However, doing both daily missions and recommended missions will give tons of resources and useful items, so do those as well.

You’re now ready to take on the world of Kiss of War!

Hopefully, you can progress faster through the game and become stronger by using the tips and tricks in this guide.

If you have any other tips and tricks for the game that you believe should be included in this guide, share them with us in the comment section below.