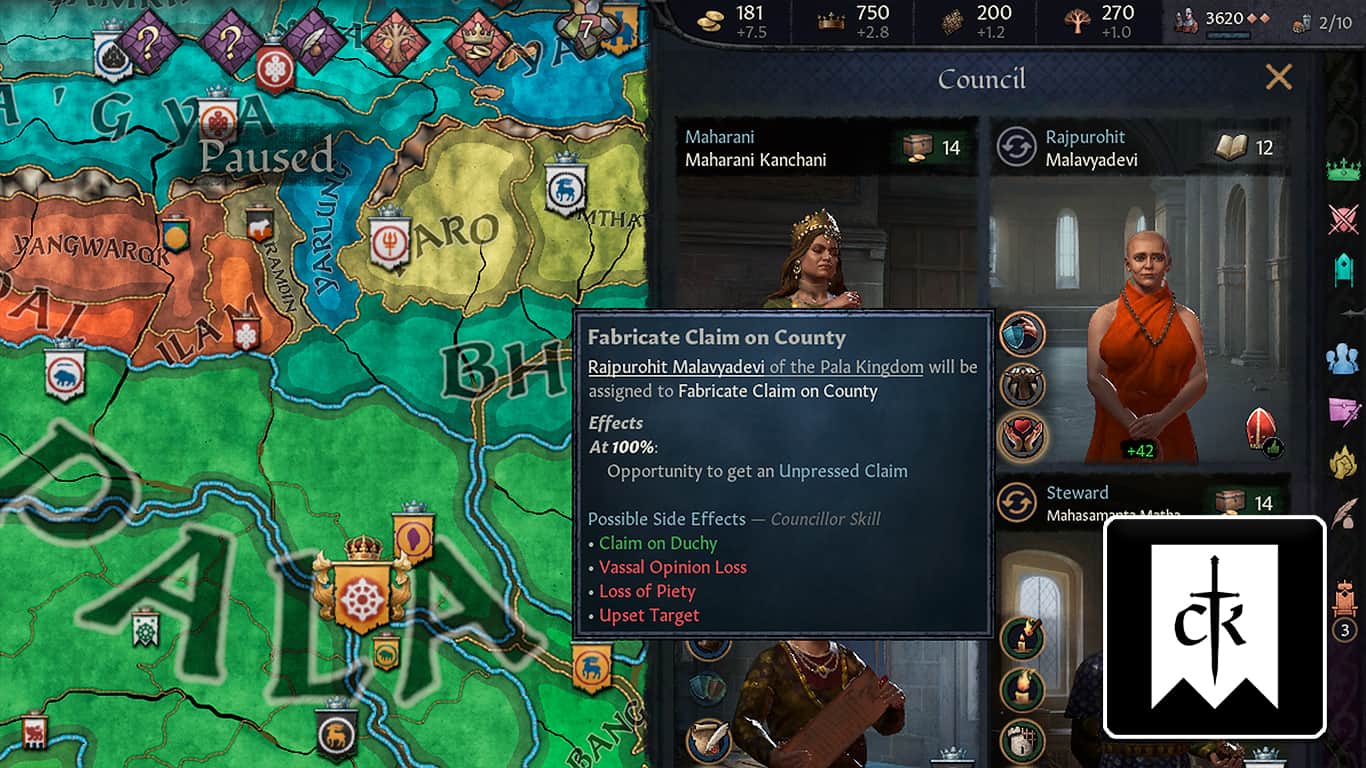 War is the best and worst thing in Crusader Kings 3. It can make you extremely rich and powerful, or it can come at the worst of times.

However, the real problem most players face when playing CK3 is that they would love to go to war, but they don’t have a casus belli (CB) on their enemies.

Recommended Read: What is the End Date of CK 3?

Depending on the culture and religion you chose at the beginning of the game, getting a casus belli can either be extremely easy or very annoying.

Here is how you can get a casus belli in CK3 and a brief description of all the CBs you can use against your many rivals.

What is Casus Belli in CK3

A casus belli is a justification for war (Casus belli means cause for war in Latin) which players need if they want to fight someone near them.

If you don’t have a casus belli, then you can’t attack your target. Depending on the situation, there are different ways you can get CBs against your neighbors.

All of these will naturally come to you without you doing much. If you are a Catholic ruler, for example, and you started in the 9th century, then you can use the Holy War casus belli on almost anyone.

Here is how you can get each one of these simple casus bellis in CK3, since the other dozen CBs are situational and won’t be what you are looking for:

Getting a Casus Belli in CK3

If you start the game as a count, you probably want to advance in rank and get more noble titles. To do this, you need to get the de jure territories of a duchy and then use the necessary prestige, piety, and/or money to get that title.

For most titles, you will only need 50% of the territories to get that title. This mechanic is great because if you become a duke of a province, then you will get free casus bellis on all the territories that you are “supposed” to own.

If you are a duke and you don’t own all the territories in your de jure duchy, you will get the “Seize De Jure County” CB on all the rulers that have those territories.

This works the same if you are a king, but you can conquer a whole duchy using the “Seize De Jure Duchy” CK3 casus belli.

Depending on how many counties the player can take using the de jure casus belli, they will spend 100 Prestige per county for the war declaration.

This is the best casus belli at the start of your CK3 playthrough if you are a tribe or a clan (usually a pagan or part of a Muslim faith).

When playing a tribe or a clan, you can use the Conquer casus belli to get either a county or a duchy, depending on what noble title you already own, to get territories from your neighbors.

If you want to play CK3 and have casus bellis all the time without having to worry about them again, play as a tribe or a clan.

The beauty of this CB is that if you have a high enough Prestige rank, you can even conquer a whole kingdom, but you can only do it once in that character’s lifetime.

Every organized or reformed religion that is not pacifistic can declare holy wars on its neighbors as long as they are part of a hostile/evil religion.

This CB is great if you have allies or you find an easy target, but usually, if you declare a holy war on a heathen, other rulers from that religion can join in the war to protect their religious brothers and sisters.

The Holy War casus belli is a bit of a gamble with the possibility of fighting tens of enemies at the same time, but it can be incredibly useful and easy to use if you have the necessary strength.

Each character in CK3 can have a claim on various counties, duchies, or even kingdoms, based on their circumstances.

A person can have a claim either because of their parents, due to events, or because they fabricated it.

There are many ways you can abuse the Claim casus belli. If you are a duke and want to extend into a territory next to you, but don’t have a casus belli, make someone with a claim in that territory a vassal and attack using their claim.

However, you need to make sure when using someone else’s claim that they won’t become your equal in terms of title ranks since they will become independent.

On the other hand, you can make your own claim on a county by using your head priest. You even have a small chance of getting a claim on a whole duchy or kingdom.

Here is how to get a basic claim casus belli in CK3:

You will also see the exact amount of time it is going to take to get that claim. The better your counselor’s Learning, the shorter the time to fabricate a claim on counties.

If you have trouble finding where to click, you can look at the picture at the top of the article, where you can see the “Fabricate Claim on County” button.

That’s everything you need to know about how to get a casus belli in Crusader Kings 3!

Crusader Kings 3 – How to Get Piety

Crusader Kings 3 – What is the Best Starting Location

Crusader Kings 3 – How to Fabricate a Claim