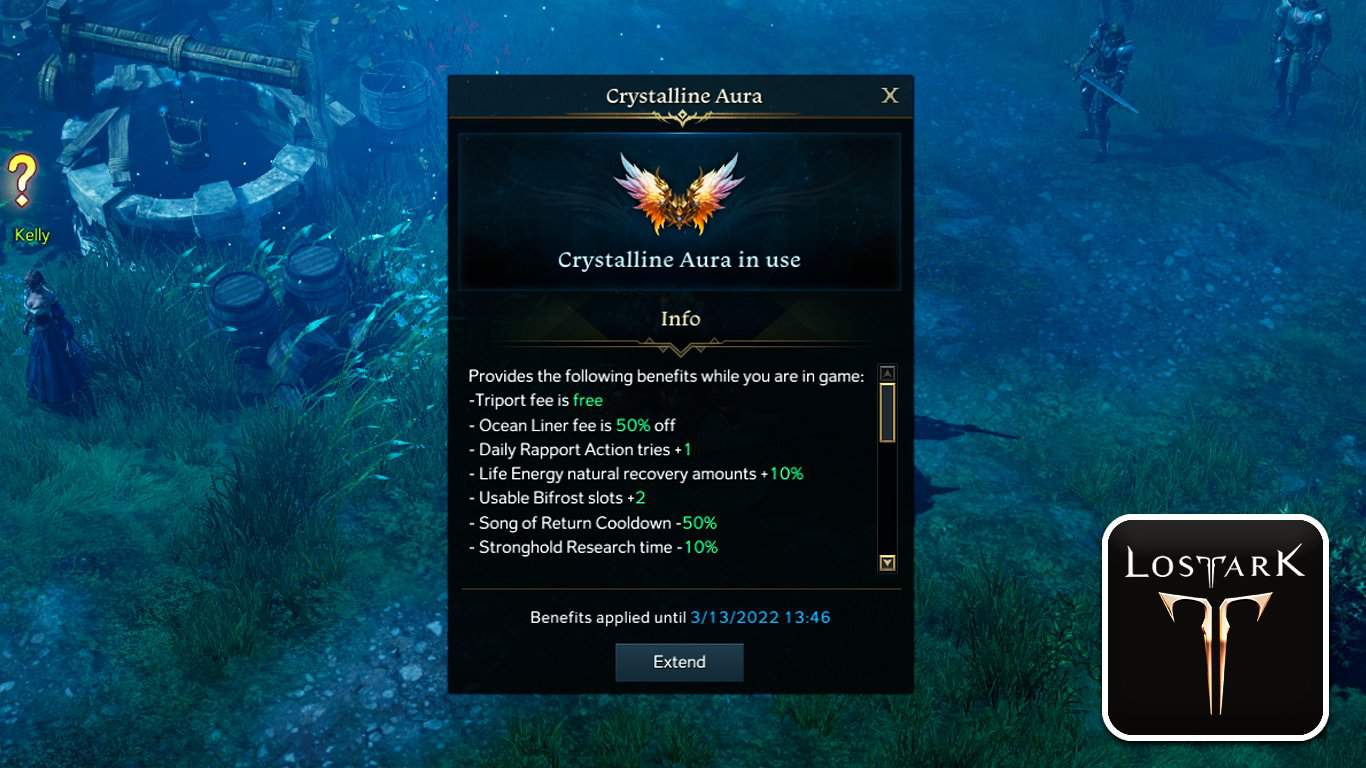 Lost Ark took the world by storm when it was released for the western audience in February 2022.

Being an MMORPG, many people wonder whether or not Lost Ark has a subscription that you need to play, like you you have in other games like World of Warcraft.

Lost Ark does not have a required subscription that you have to pay for in order to play the game. It is a free-to-play game, which means you don’t have to pay anything to play.

There is, however, an item in the game that makes your life easier, which many players who make it to late-game end up paying for on a monthly basis.

The item, or rather boost, that many players purchase every month in Lost Ark is the Crystalline Aura, which gives you several boosts and discounts in the game.

Is Lost Ark a subscription-based game?

No, Lost Ark is not a subscription-based game. You do not have to pay anything to sign up and play the game.

There isn’t any content in Lost Ark either that you have to pay for in order to access. Both free-to-play players and players who buy something in the game have access to the same content.

With Lost Ark being an MMORPG and the genre being known to require subscriptions to play, it’s natural for people to wonder whether it’s the same in Lost Ark.

To many players delight, that’s not how they do things in Lost Ark.

It is no secret, however, that a game like Lost Ark is there to make money, so there are several optional things you can purchase in Lost Ark.

One of the things that you can purchase in Lost Ark, which many players end up doing, at least late-game, is the Crystalline Aura.

The Crystalline Aura is a boost that lasts for 30 days, which makes your life a bit easier in Lost Ark, giving you extra Bifrost slots and an extra Rapport Action try daily, as well as several discounts.

The Crystalline Aura costs 420 Blue Crystals to purchase for 30 days, which is approximately $10.5 if bought directly with the premium currency Royal Crystals.

There are many other things you can purchase for real money in Lost Ark, including cosmetics and items that help you upgrade gear faster, etc.

But again, everything can be obtained without spending anything. You can just pay to skip some of the time it would take to reach certain upgrade levels, etc.

That’s all you need to know about whether or not Lost Ark is a subscription-based game or not!

Lost Ark – What to Do With Tournament Champion’s Plate

Lost Ark – When Are Daily and Weekly Reset Times?