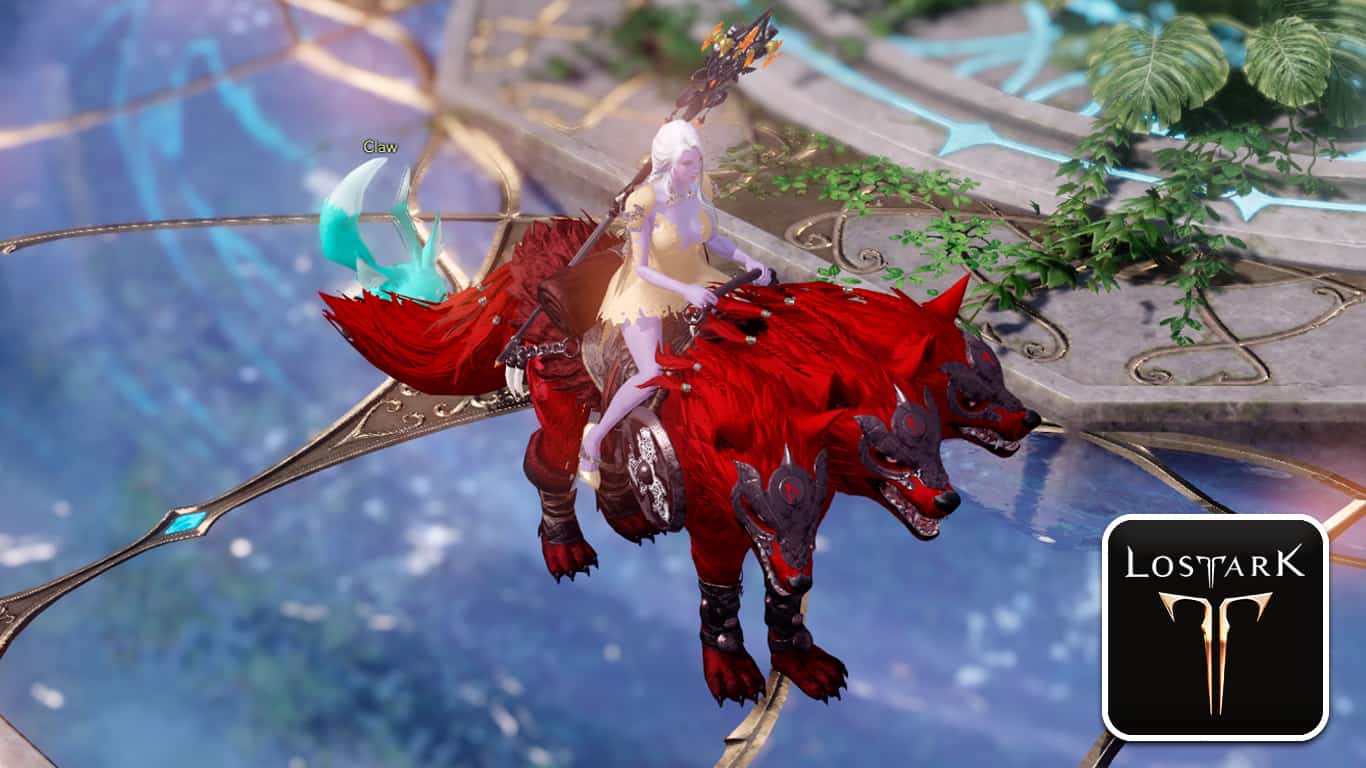 You can ride mounts in Lost Ark to quickly travel between objectives like quests and dungeons.

Using a mount is essential when leveling up in the game, as it significantly increases the rate at which you complete quests.

There are tons of mounts for you to collect in the game, some of which cost real money or in-game currency to purchase, while others can be obtained from quests and other objectives.

Mounts work similarly to how mounts work in other MMORPGs, but there are some specific things to know about mounts in Lost Ark.

In this guide, we give you all the information you need about mounts, from how to get them to what the fastest ones to use are.

Mounts are creatures or animals that your character can ride in Lost Ark to move around faster.

There are many different mounts in the game, each with a unique look and feel.

Usually, there are variations of the same mount, with each variation having different textures or colors.

Even though there are tons of different mounts and variations of mounts in the game, they all serve the same purpose. To make your character move around faster.

Using mounts is an excellent way to progress through the game faster, as it allows you to get to quest locations and to new triports that you can’t teleport to yet quicker.

How to get mounts in Lost Ark

Mounts are a large part of Lost Ark, and while you play through the game, you’ll find that you’re spending a good chunk of your time sitting on a mount running around.

There are five overall ways to get mounts in Lost Ark:

You can obtain your first mount in Lost Ark by completing the main questline in Prideholm, the first city you reach. Here you’ll get to choose between three colors of the same horse.

Many mounts in the game can be obtained by completing various questlines around the world of Lost Ark.

The Frost Wolf mount, for example, is obtained by completing the main questline in Shushire.

There are also some mounts that can be purchased from the Auction House with gold. These are usually legendary mounts that players have purchased with real money and then set for sale for gold on AH.

If you manage to collect one Ignea Token, you unlock the White Scarab mount.

There are also many mounts to be obtained from events, including both login events, Twitch drops, and other in-game time-limited activities.

There aren’t always mounts to be obtained from events. Therefore, take a look at what events are running when you read this and see if there are any mounts to be earned from them.

The last way to obtain mounts in Lost Ark is by purchasing them from the Store with Royal Crystals, which can real money to buy.

They are always selling some mounts in the Store, and they usually add some new mounts to the Store each month.

How to use a mount

Once you’ve obtained a mount in Lost Ark, it’s time to use it. It’s luckily a simple task to do so.

The first thing to do when you’ve obtained a mount is to use it in your inventory. A mount isn’t added to your mount collection before you use it in your bag.

Now that you’ve added a mount to your collection, press Alt+V on your keyboard or go to Guide and then Mounts in the bottom-right menu to bring up the mount window.

You can click any mount in your list of mounts and click Ride to start riding them. You do want to assign at least one mount to one of your quickslots, though, as you’ll be remounting a lot when you play the game.

To assign a mount to a quickslot, drag it from your list of mounts down into the quickslot you wish to use. Mounts can be assigned to F1 or any key ‘5’ and ‘9’. You can also change the keybindings of these quickslots if you want.

Once you’ve assigned a mount to a quickslot, you easily ride that mount by pressing the hotkey you bound it to.

When you’re on a mount, you move around the exact same way as when you’re just walking around – by clicking where to go. Auto-move, which can be enabled by pressing ‘T’, also works on mounts.

Some but not all mounts have skills that appear where your regular skills are displayed while mounted.

Most mount skills are purely for visual effects and have no impact on combat. Some mount skills do, however, make the mount move faster temporarily, like the Chamkuri’s skill Run.

Some mounts also have a dodge, just like your character does, which makes them move faster. To use a mount’s dodge, click the spacebar while mounted.

Certain mounts, like Cerberus, can use their dodge twice in a row, making them quickly move a significant distance.

If your mount does nothing when you press the spacebar while mounted, it doesn’t have a dodge.

Do mounts have different speeds?

Mounts in Lost Ark do not have different base movement speeds, even though some descriptions on wikis say so. Some mounts are faster than others, though, because of skills and dodges.

Whether or not a mount has a skill that makes it move faster or has a dodge is a big factor in how fast they are.

The Cerberus mount from the founder’s pack, which can use its massive jump dodge twice in a row, is a much faster mount than those without a dodge or movement skill.

If you didn’t use the dodge skill while riding the Cerberus mount, though, you would be riding the same speed as any other mount not using their skill or dodge, if they had any.

Even the easiest-to-obtain mount, the Horse from Prideholm, is, however, just fine to use to progress through the game, even though it doesn’t have any skills and only a small dodge.

Mounts did have different base movement speeds in the beta of the NA/EU version of Lost Ark, but it was changed before the official launch to all be the same.

It’s hard to precisely say what mount is the fastest in Lost Ark, as some can move faster over a longer period of time because of skills while other can quickly cover a lot of ground from dodges.

As explained earlier, all mounts in the game have the same base movement speed, so what sets them apart are their skills and dodge.

The fastest mount in Lost Ark currently seems to be the Cerberus mount because of its enormous double jump from its dodge.

Any mount that has a great dodge that takes you a long distance and doesn’t have to slow down too much to use it seems to be quite a bit faster overall than those without a dodge.

Mounts with a hold-down speed boost like Chamkuri are also a bit faster than those without a dodge or any movement skills. But not a lot.

The fact that mounts are shared across the roster means that you can use any mount unlocked on your main character on any alt character on the same server and vice versa.

Some quests that give you mounts are so-called roster quests, which means that they can only be completed once per roster, and thus you cannot obtain the same mount multiple times per roster.

Other mounts like the Horse from Prideholm that you get at the beginning of the game are obtained from a regular quest, which means you can obtain all three colors of the horse for your roster by creating three characters and completing the quest.

What is the rarest mount?

There are a ton of mounts to collect in Lost Ark, and the developers add new ones to the game continuously.

So what mount out of all the ones you can get in the game is the rarest one?

The rarest mount in Lost Ark is the Golden Terpeion.

The mount is obtained by you collecting all 13 Ignea Tokens in the game, which takes an incredible amount of time to do.

Some reports say that it requires months of focused gameplay to obtain this feat.

You won’t find many videos with players using the mount, as not a lot of players have it yet.

It’s likely that nobody in the NA/EU version of Lost Ark will have this mount before at least a couple of months after its official launch.

Does Lost Ark have mounts?

Yes, Lost Ark has mounts that you can ride to get around faster. They work similarly to mounts in other MMORPGs.

There are currently almost 200 mounts for players to collect in the game.

Most mounts have variations of themselves, which can be of a different texture or color.

That’s all you need to know about mounts in Lost Ark!

Lost Ark – How to Get Gienah’s Coins: Every Way to Obtain

Lost Ark – How to Get Ancient Relics: Where to Excavate