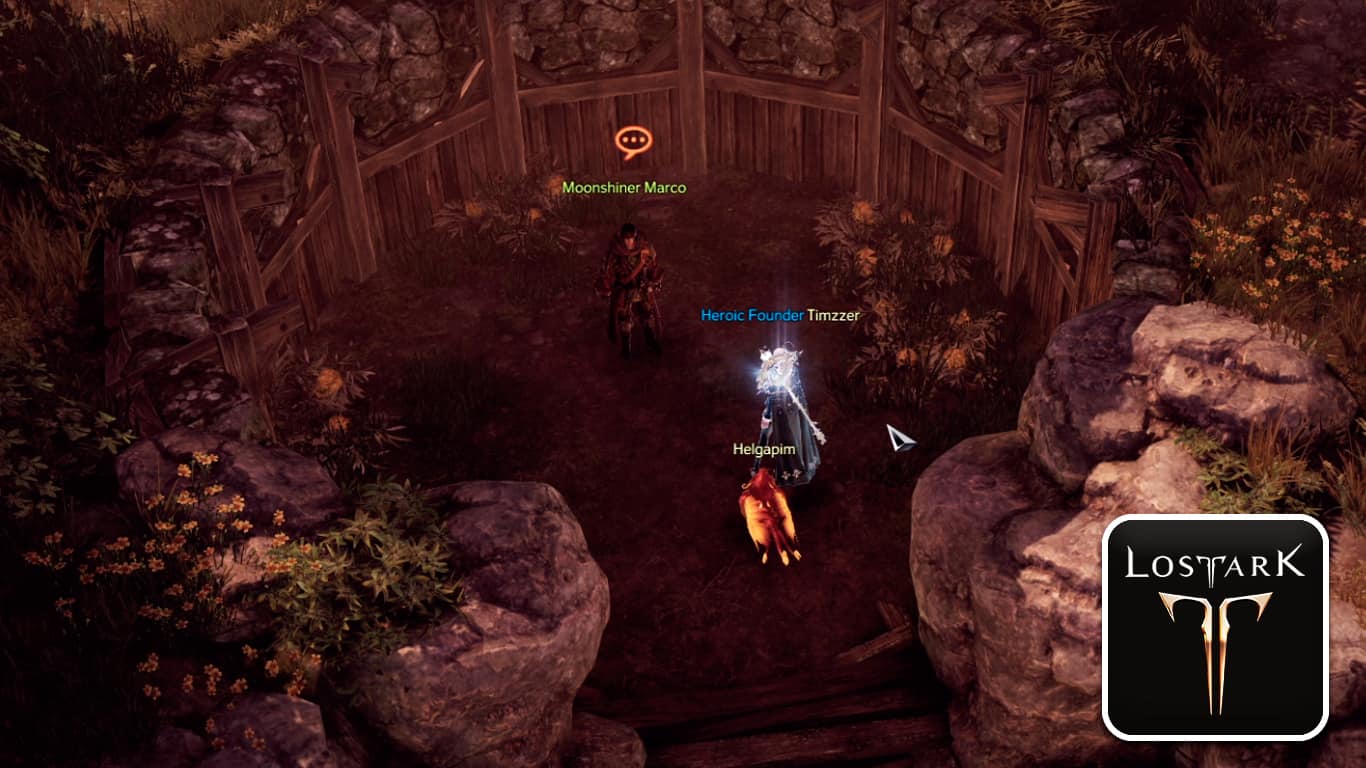 Some quests in Lost Ark require you to go speak with an NPC at a secret location not shown on the map.

One of those quests is Dalian Orchard’s Secret, a quest you can start when exploring the Flowering Orchard map in East Luterra.

The NPC Moonshiner Marco that you need to speak to in the quest, Dalian Orchard’s Secret, is located on the narrow road between the two farthest points to the west of Sien Inn inside the small hideout. You can see the exact location on the map below.

Most quests in Lost Ark show you exactly where to go on the map.

However, a few special quests ask you to find an NPC, item, or enemy at an unknown location.

Dalian Orchard’s Secret is one of the quests in Lost Ark that asks you to find and talk to an NPC but doesn’t tell you his exact location.

You can start the quest by finding and using the item Connie’s Orchard Storage Key, which is dropped by enemies in Flowering Orchard.

In the image below, you can see the exact location of Moonshiner Marco, the NPC that you need to interact with to complete the quest Dalian Orchard’s Secret.

Moonshiner Marco is located inside the small hideout that you’ll find by walking down the narrow road shown on the map above.

After speaking to Moonshiner Marco, you can complete the quest and receive its rewards by clicking the Ongoing Quests button above your quest list on the right side of the screen.

That’s the secret location of Moonshiner Marco for the quest Dalian Orchard’s Secret in Lost Ark!

Lost Ark – How to Get Negative Emote: Does It Exist?