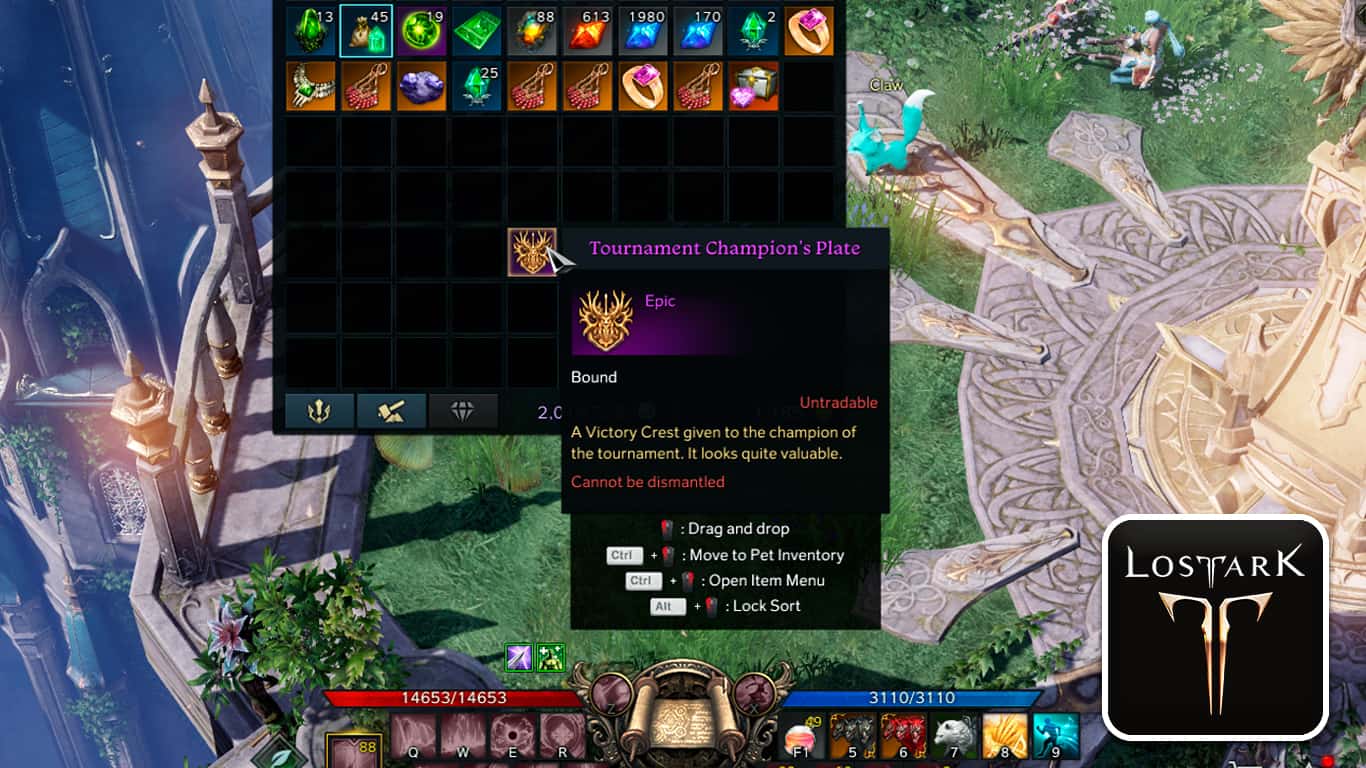 You’ll acquire a ton of items throughout your journey in Lost Ark, most of which are quite obvious what to do with.

But one of the items, which is far from obvious what is for, is the Tournament Champion’s Plate you get after winning the tournament in Changhun on Anikka.

You can usually figure out what an item you get in Lost Ark is for, but that’s not always the case.

Occasionally, you’ll acquire an item that doesn’t tell you in its description what it’s for, and it isn’t easy to find out elsewhere either.

One of the items that don’t give you a lot of information is the Tournament Champion’s Plate, which just gives the description ‘A Victory Crest given to the champion of the tournament. It looks quite valuable’.

The item is obtained upon completing the tournament in Changhun, which you’ll fight through in the main questline in Anikka.

At the moment, you should just keep your Tournament Champion’s Plate, as there is currently no use for it.

Therefore, we highly recommend that you don’t sell it and just hang on to it for now, as the developers might add the NPC to the game at some point or give it another use.

If you don’t want it to fill up your inventory, you can store it in Storage, which is located in every major city.

That’s what you should do with the Tournament Champion’s Plate in Lost Ark!

Lost Ark – How to Get Ship Blueprints for Upgrading

Lost Ark – How to Add and Play With Friends