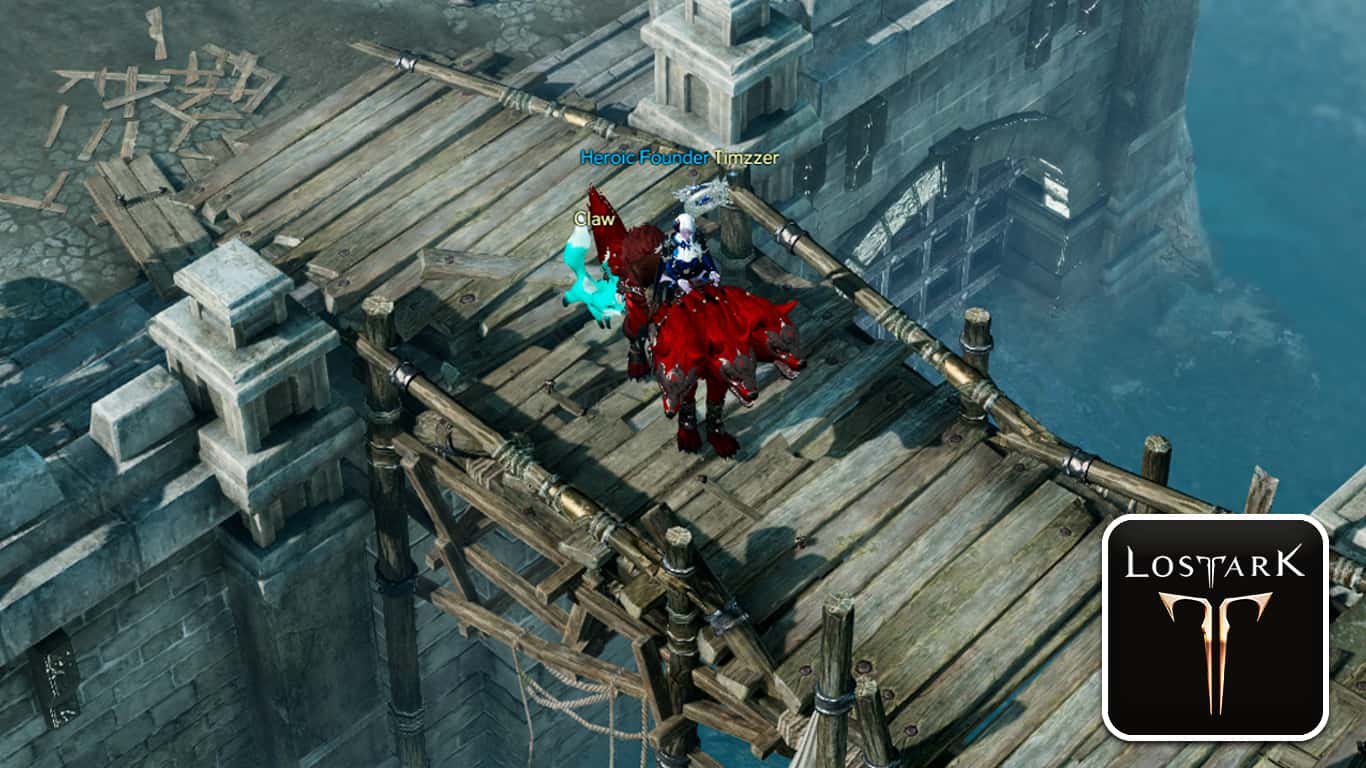 Lost Ark has taken the world by storm with its combination of an Action RPG and an MMO, impressive skills, and exciting gameplay.

There is always a lot of content to consume in an MMORPG, and Lost Ark is no different.

At first, you might be overwhelmed by the sheer number of systems and choices that you make can in everything from character customization to interacting with NPCs.

Even if you aren’t new to the genre, chances are that there are lots of things in Lost Ark that confuse you when you first start playing.

In this beginner’s guide, we give you the tips that you need to get a great start in the game so you can feel confident in your starting choices and don’t have to worry about starting over.

What server to play on

The first choice that you have to make in Lost Ark is what region and server to play on.

You should choose the region that’s closest to your geographical location for the best ping rate.

Only if you specifically want to play with friends or family who are already playing in a different region could it be a good choice to go with theirs.

Therefore, you should plan what server you and your friends choose when creating characters if you plan on playing together.

Some end-game content can be played with people in the same region, but you want to be on the same server so you can be in the same guild, take on world bosses together, and more.

You can learn more about what you can and cannot do cross-server and cross-region in our Does Server Choice Matter Guide.

You cannot interact with or play any content in Lost Ark with players who are playing in a different region.

What specific server you choose within a region doesn’t matter if you’re not planning on playing with specific people, as all servers currently have plenty of active players.

The next major and perhaps biggest decision in Lost Ark is choosing what class to play.

Lost Ark has been out for a long time before the western release and the developers have been excellent at balancing classes.

Therefore, you can confidently pick any class in the game to play, as they will all do well. If a specific class interests you, go with that one.

For those who want to have that little extra edge in a certain aspect of the game, though, check out our Lost Ark Class Tier List for the rankings of each class.

Classes in Lost Ark are divided into 5 overall classes and 15 subclasses, known as advanced classes.

When you create a character, you choose what advanced class you wish to play, not the overall class.

Here are the 5 overall classes in Lost Ark:

You can get an idea of how an advanced class is based on what overall class it belongs to.

Warriors and Martial Artists are melee fighters with higher defenses than the rest, with Warriors having the highest.

Gunners are ranged attackers who dish out high damage from afar while maneuvering around.

Mages are ranged spell casters who excel at crowd control, utility, as well as AoE damage.

Assassins are melee fighters who deal lots of damage, have flashy mobility skills, but not the highest defenses.

Here are the 15 advanced classes that you can choose to play in Lost Ark:

If you’re interested in what the most-played and least-played classes are in Lost Ark, check out our Lost Ark Class Statistics Guide.

Being a top-down 2.5D Action MMORPG, the controls in Lost Ark might not be like what you’re familiar with, even if you’ve played other MMORPGs.

The game controls in Lost Ark are similar to those in other ARPGs like Diablo and Path of Exile.

On top of your skills, you have shortcuts for consumables and battle items on numbers 1 through 9 and F1.

At the start of the game, it might feel overwhelming with the number of keybindings that you have, but to start with, you just have to focus on your skills, not consumables and battle items.

If you’re more comfortable with different controls, it’s possible to change both mouse controls and keybindings.

Every class in Lost Ark has a long list of impressive skills to use.

At the start of the game, you won’t have enough skills to fill all your skill hotkeys, but after a bit of gameplay, you’ll have more skills than you can bind. At this point, you have to choose what 8 skills you want to use.

You use a skill by pressing the key it’s bound to. There are several types of skills in the game. Here are some of them:

You can bring up the skills window by clicking ‘K’ on your keyboard or by selecting Character and then Combat Skills in the bottom-right menu.

In the Combat Skills window, you can choose what skills you wish to use by dragging them down onto keybindings at the bottom of your screen.

As you level up, you gain skill points, which you can spend on skills to make them stronger and add new effects to them.

You can reset how you’ve spent your skill points or remove skill levels from any skill for free at any time, so don’t be afraid to try out new skill builds.

You can also use the presets at the top of the Combat Skills window to save multiple skill builds at a time.

To start with, you have two skill presets, but you can purchase additional preset slots for Blue Crystals.

Focus on the main questline

When progressing through Lost Ark, the best thing you can do is to focus on the main questline.

The main questline will take you through the different content in the game while providing the fastest leveling.

There are many systems you’ll encounter along your journey, and it’s great to dabble in those to get an understanding of them, but the main questline should still be your focus.

When doing the main questline, there are lots of sidequests you can complete. We recommend doing these at the same time, as they almost always require you to do something at the place you’re already going.

For those who like to min-max their gameplay, it is technically faster to ignore all sidequests and only focus on the main questline.

While you level up in Lost Ark and complete the main questline, make sure to register all new Triports that you encounter.

Triports are the portals indicated by the triangle icon, which you can instantly teleport to from anywhere.

There are many quests that require you to speak to NPCs in different areas of the game that you can instantly teleport to with Triports.

Just for the convenience of traveling around in the game, having all Triports registered comes in very handy.

Having a pet in Lost Ark is essential, as it automatically picks up all drops from enemies and bosses.

Without pets, you’ll be heavily slowed down, as you need to manually pick up drops.

You can get a free pet in the game by completing the quest Learning About Pets from the NPC Working Achatemeow, who is located in the first town in the game, Prideholme.

More specifically, Working Achatemeow is located next to the lion statue in the middle of the plaza.

You can also get pets through events and the Store.

Unlike many other MMORPGs, a lot of the progress that you make in Lost Ark is shared with your roster.

Your roster is the characters that you have on the same server.

Once you’ve completed quests or obtained items that are roster-wide, you cannot obtain them again on your other characters on the same server.

On top of roster-wide quests, items, achievements, and more, you also have roster levels, which permanently boost the stats of your roster.

There are, of course, things that are specific to the individual character as well, like gear.

Those are the tips that you need to get a great start in Lost Ark!

Lost Ark – When Are Daily and Weekly Reset Times?

Lost Ark – Where Do You Get the Quest ‘The Final Report’?