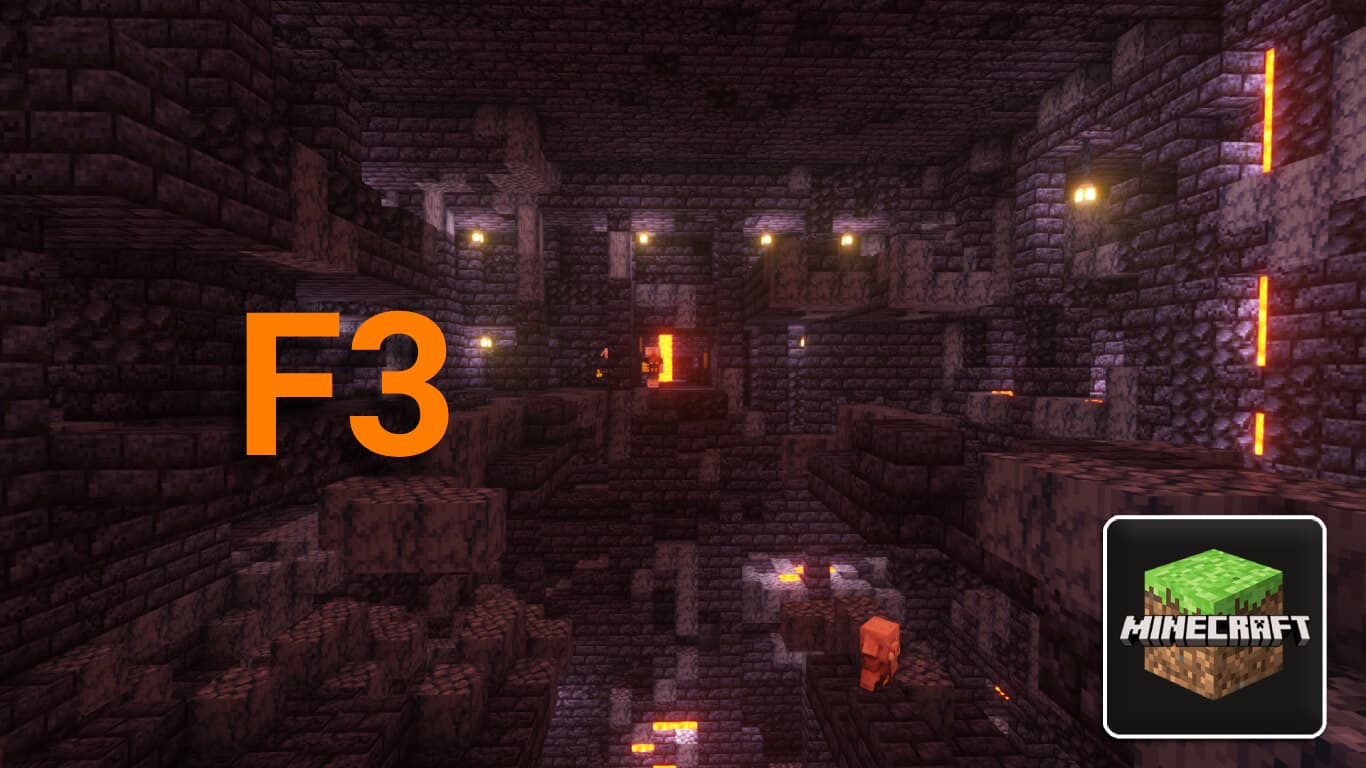 Bastion remnants is a new Minecraft structure that comes with the Nether update. Besides being a good source of gold and netherite ingots, it’s extremely fun to wander around this dangerous place!

But how can you find them? We all know the Bastions are in the Nether dimension, but is there any quick way to locate them besides cheating? Let’s find out!

To quickly find bastions with F3 in Minecraft, you have to focus on 4 different numbers on the debug screen: E, E2, M, and C. With some calculation and seeing the spike in the first E number, you can find the bastion faster!

Before going further, make sure to open the debug screen in Minecraft by pressing F3. This will show a panel with a lot of data in it!

To quickly find bastions with F3, you only need to focus on the 4 numbers we marked in the image above. Here’s their meaning:

Now let’s see how to quickly find the bastion remnants!

How to Quickly Find Bastions with F3

First, let’s increase your FOV (field of view) setting to the maximum. Just go to the Options setting and drag the slider of the FOV setting all the way to the right until it displays “Quake Pro”.

Then go to the Nether dimension with the debug screen on and run around. Pay close attention to the E2, M, and C numbers.

If the E2 is higher or equal to M + C, there is at least one bastion remnant in the nearby area. How do you know this?

If the difference between E2 and M + C is high, there are multiple bastion remnants in the loaded chunks around. 30 is 1 bastion, 60 is 2, and so on!

If E2 is less than M + C, there is no bastion remnant around you! You should look for a new location and repeat the above process.

Back to the track, when you know there is a bastion in the surrounding loaded chunks, let’s exactly locate it!

Now let’s decrease your FOV to 30 (or the lowest), and look around again. If you see a spike in the first E number, that’s the direction leading to the bastion remnant!

What is the fastest way to get bastions?

If you’re in Creative mode or can access commands, you can use the command below to quickly find the bastions!

You can also put your world seed on ChunkBase to quickly find a bastion on a map with the coordinates. Then either travel there by foot or use the /tp command to enter the bastion remnant.

Where do bastions mostly spawn?

Bastions spawn in most Nether biomes, except the basalt deltas biome. So you can expect to find one in the nether wastes, soul sand valley, crimson forest, and warped forest biome.

That’s how to quickly find bastions with F3 in Minecraft!

Gear up, and prepare some potions of fire resistance for this dangerous journey!

Minecraft – What Is the Best Y Level For Finding Netherite?

What Is Dragon’s Breath Used for in Minecraft?