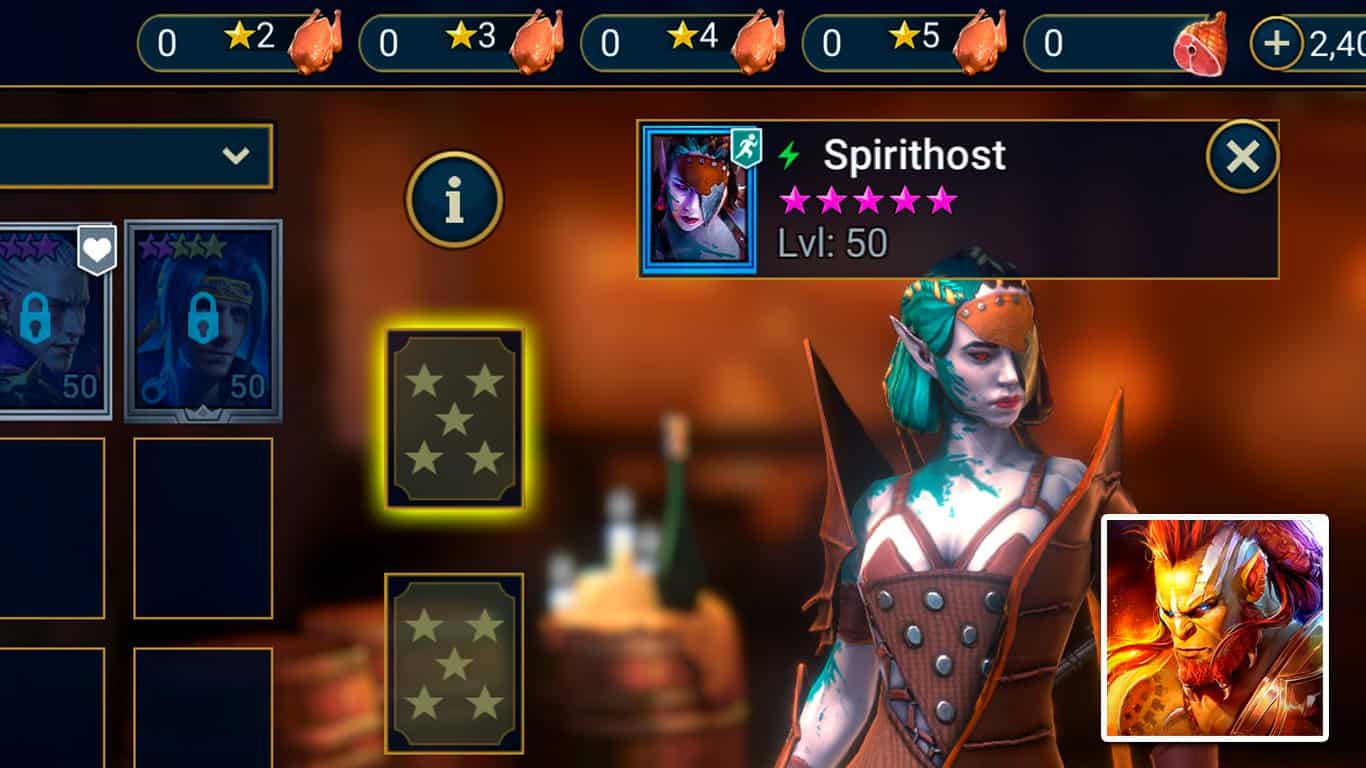 One of the many ways to increase the power of champions in RAID: Shadow Legends is to rank them up.

Chickens can be used as a substitute to champions when ranking up a champion, making them very valuable.

The higher the rank a chicken can substitute for, the harder it is to obtain, and thus the more valuable it is.

In this guide, we give you all the information you need on chickens, including how to get them and how to use them.

How to get chickens

Given how useful chickens are in RAID: Shadow Legends, it’s a great idea to try and acquire them when an opportunity presents itself.

As you might expect, chickens are rare in RAID: Shadow Legends, and there isn’t always an easy way to get your hands on them.

You can get chicken in RAID: Shadow Legends from the following:

Events are frequently running in the game, so make sure to check the Events tab on the right side of the screen for events that offer chickens as a reward.

In Faction Wars, you can unlock star rewards by collecting stars from stages in Faction Wars. The more stars you’ve gathered, the better the rewards become as you reach new milestones.

You can see the number of stars you need to unlock the different rewards in Faction Wars by clicking the information icon when browsing the Faction Wars tab.

Some of the later chapters of missions give chickens as a reward. However, if you haven’t played for a while, you’ll need to complete a bunch of missions before you get access to ones that give chickens.

The Daily Login Rewards system gives chickens as a reward on specific days. Again, if you’re new, expect to wait a while before you get a chicken from daily rewards, as the first chicken appears on day 111.

Lastly, you can get chickens in the game by purchasing packs with real money that gives them.

There are several types of chickens in the game, and the higher the rank of a chicken, the harder it is to obtain.

Chickens in RAID: Shadow Legends are items that can be used as a substitute for champions when ranking up a champion.

Normally, you’d need to use champions of the same rank as fodder to upgrade the rank of a champion.

But, if you have any, you can replace one or more of the champions slots in the rank-up menu with a chicken of the rank corresponding to the champions that you wish to rank up.

If you are ranking up a champion from rank 3 to rank 4, for example, you need to sacrifice three champions that are rank 3 as well.

You can, however, replace any of those three champions with rank-3 chickens. If you had three rank-3 chickens, you could upgrade a rank 3 champion to rank 4 entirely with the chickens.

As it’s much harder to acquire a rank 5 champion than a rank 3, for example, a rank-5 chicken is also much more valuable than a rank-3 chicken.

There are four types of chickens in RAID: Shadow Legends:

Lastly, there is a “chicken”, called a feast, which is a special item that lets you instantly upgrade the rank of a champion to rank 6. Feasts are extremely rare but obtainable from some events and packs.

What to do with chickens in RAID: Shadow Legends

There is only one thing to do with chickens in RAID: Shadow Legends, and that is to use them as fodder to upgrade the rank of champions.

As described earlier in this guide, chickens can be used as a substitute to champions when choosing fodder for upgrading the rank of a champion.

The higher the rank a chicken is, the rarer it is, and the more you should consider how to spend it.

Rank 2 and rank 3 chickens aren’t that important but rank 4 and rank 5 chickens are hard to come by, so use them with caution.

To use a chicken, go to the Tavern, select the Upgrade Rank tab, choose the champion you wish to rank up, and then click the chicken or chickens on the left side.

You can use any combination of champions and chickens to rank up a champion, as long as they all are of the same rank as the champion that you wish to rank up, of course.

Are chicken packs worth it?

In general, chicken packs are not worth it to buy in RAID: Shadow Legends if you are looking to get the maximum value for the amount of money you spend.

It can be difficult to know what the best thing to purchase in RAID: Shadow Legends is, but chickens are usually not high on the list.

Buying the Daily Gem Pack is almost always the single best thing you can purchase in terms of value for money.

You can learn more about what the best things to buy are as well as how to value packs in our guide on the best packs to purchase in RAID: Shadow Legends.

That’s everything you need to know about chickens in RAID: Shadow Legends!