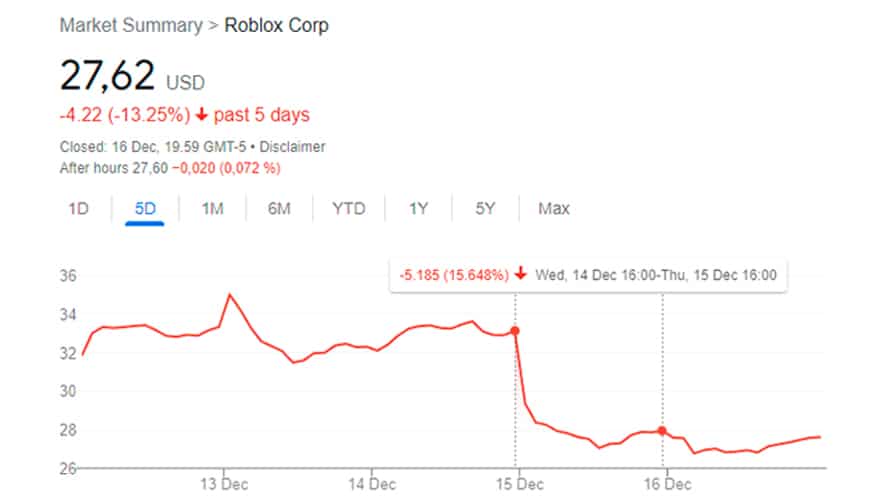 Roblox stock fell 15.7% on Thursday after it released its November Key Metrics report. Roblox estimated bookings (revenue) were $222 million and $225 million for the month. While that puts it up 5-7% year-over-year, the company grew 22-24% during the same time in November 2021.

Roblox said the strengthening of the U.S. dollar against the euro and British pound took a toll on its business. It estimates a reduction of 4 to 5% due to this.

Another stat that caused Roblox stock to tumble was the average bookings per active user was between $3.92 and $3.97, which was down 7-9% year-over-year.

While users were up, they typically spent less on in-game items. It will be interesting to see what the next Roblox Key Metrics report shows. Hopefully, this isn’t the start of a new trend.