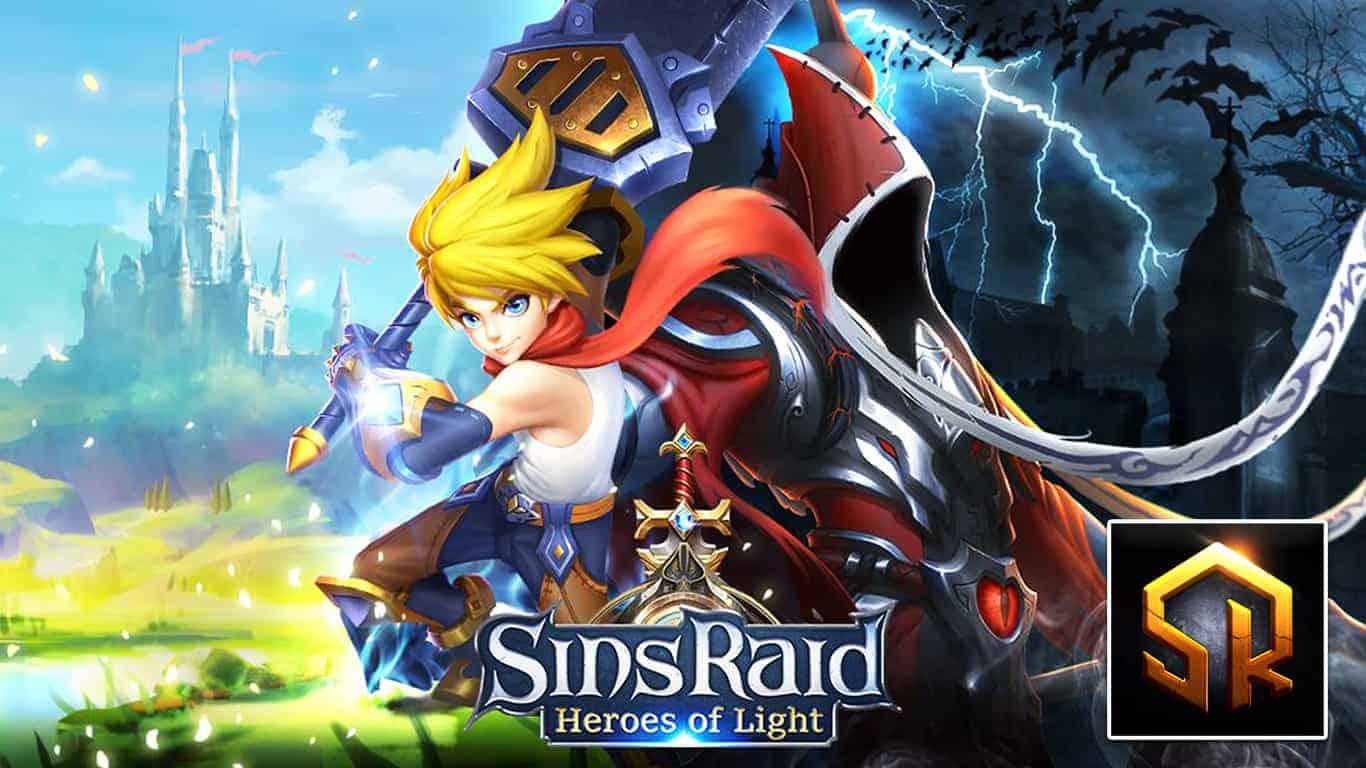 Sins Raid is a multiplayer-based Idle RPG mobile game in which you collect unique heroes, build a team, and battle enemies.

Experimenting to find the best team setup for your current situation is key if you want to compete with the best players and take on the toughest enemies.

This guide covers tips and tricks you need to know to get an amazing start in Sins Raid. Sins Raid is available on Google Play.

In Sins Raid, the main objective is to collect powerful heroes, assemble a team, and beat stages of enemies.

You can place five heroes on your team, of which we recommend you bring at least one support hero and one tanky hero.

Once you’ve assembled your team, it’s time to go to battle.

At first, you’ll only be fighting levels in the campaign, which consists of teams of enemies and bosses.

Later on, you’ll also be challenging special content such as adventures and PvP.

In battles, your team of heroes will automatically use their basic attack against enemies.

Your job is to time when to use their active abilities and special abilities as well as who to target.

This active part of battles gives the player a much bigger role in the outcome of a battle compared to most other idle RPG games.

Completing battles rewards you with resources and other useful items, which you can use for everything from upgrading your characters to summoning new ones.

The main way to get heroes in Sins Raid is through hero summons in the tavern.

In the tavern, you can do both regular summons and epic summons.

Every day you get a couple of free regular summons, and one premium summon. Be sure to use all of these.

When you run out of free summons, you can summon more heroes by spending summoning cards or gems.

The tavern also features an elemental summon tab, which allows you to summon heroes of a specific type.

Other ways to get heroes in Sins Raid include the hero exchange, hero ritual, and events.

In the hero exchange, you can exchange soul shards for heroes.

You can obtain soul shards by completing certain quests and purchasing them from the store.

The hero ritual allows you to create specific heroes once you’ve met certain requirements, such as a number of completed quests and items purchased.

Events that run in the game, often feature heroes as rewards as well.

You will earn resources and useful items by completing stages and quests in Sins Raid.

However, the best way to get resources and items throughout the game is to collect idle rewards.

Idle rewards are resources and items your team gathers for you passively, even while you don’t actively play the game.

To claim your idle rewards, go to the main screen, press Idle Time, and press Claim.

Be sure to come back and claim idle rewards daily, even if you don’t plan to play the game that game.

Doing so will ensure you’re always progressing through the game.

If you wish to progress faster in Sins Raid, some of the things you can do include upgrading heroes, completing quests, visiting the shop, and equipping and upgrading gear.

To progress faster in the game, upgrading your heroes is the first thing you should do.

Upgrading heroes will allow you to go through the campaign faster and might help you if you’re stuck at a level.

To upgrade heroes, go to the heroes tab in the bottom menu, select a hero, and press Level Up.

You can also choose to level up all deployed heroes at once if you wish.

Completing daily, weekly, and progression quests give lots of resources that you’ll need throughout your adventures, so be sure to complete all of them.

At the shop located in the city, you can purchase several useful items, including Echelon Stone, Gear, and Hero Soul Shards.

Also, in the Supplies tab of the shop, you can claim a free supply pack every day, be sure to claim that as well.

Lastly, a great way to improve the power of your team is to equip new gear or upgrade your current.

You can do this inside the Heroes tab under Gears. Notice, only gear of blue rarity or better can be enhanced.

One thing you should do as soon as possible in Sins Raid is to join a guild.

Being in a guild comes with several benefits that will help you progress faster.

When you’re in a guild, you can access exclusive guild content, which gives useful resources and items.

Furthermore, you’ll be in a community of players that can help you progress.

If you can find one, we recommend joining an active guild with many players.

To join a guild, you have to be at least level 22.

You’re now ready to take on the world of Sins Raid! We hope these tips and tricks have helped you get a better start in the game.

If you have any input you believe should be included in this guide, let us know in the comment section below.

Harry Potter: Puzzles & Spells – How To Become An Officer