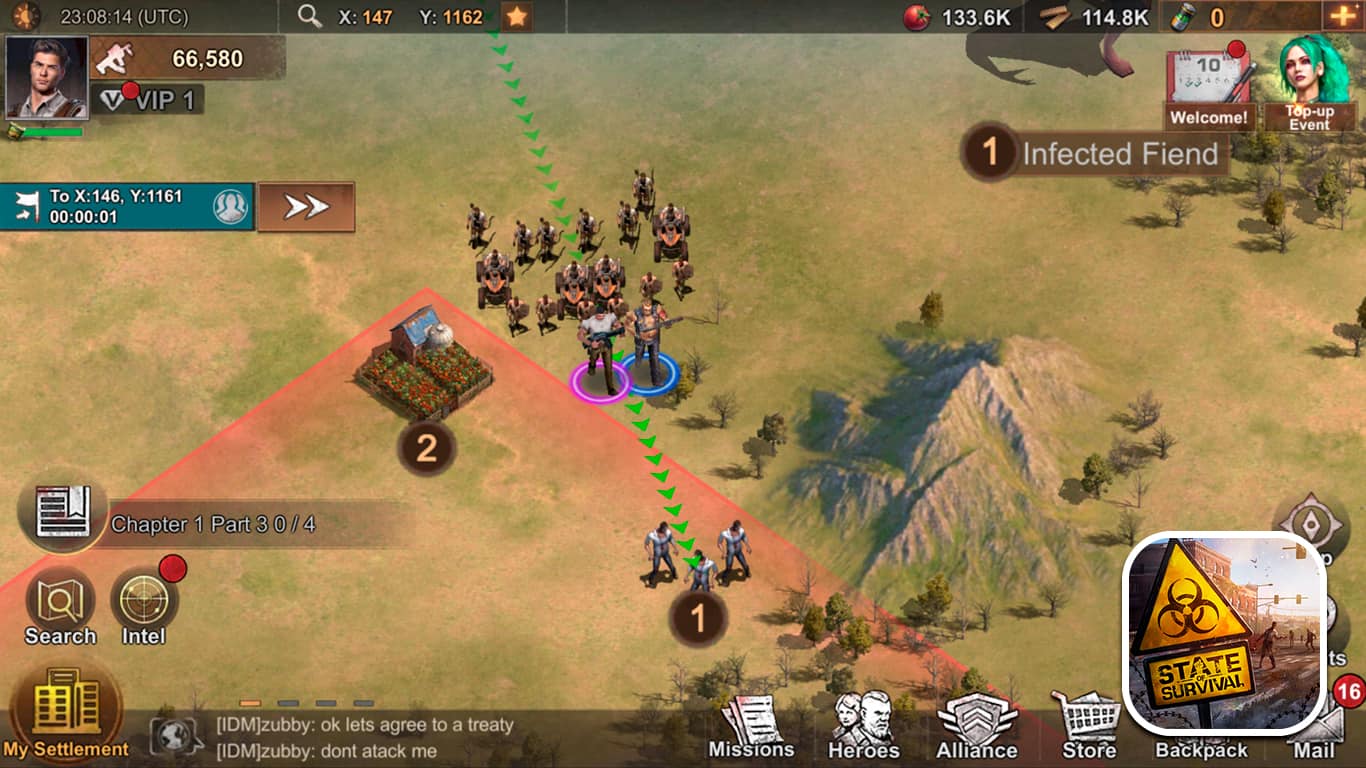 Fans of strategy games from all over the world are logging in to play the zombie apocalypse game State of Survival.

This is a game where players find ways to survive against packs of zombies.

One of the best ways for a player to survive and increase their skills in the game is to start rallies against enemies and zombies, which requires the use of march slots.

The more march slots you have, the more rallies you can do at the same time.

The march capacity will always be determined by the Hero that has been assigned to the march.

You can unlock more march slots by researching the leadership technology in the Research Lab – more information below.

What is march capacity?

The march capacity is the number of troops that can be sent on a march or rally.

The higher your march capacity is, the better chance you will have of survival when under attack.

You will have greater odds at whatever you send your troops to do with a larger march capacity, such as:

What are march slots?

March slots in State of Survival determine the number of rallies you can do at once.

Having more rally slots enables you to do multiple rallies at the same time, which results in more rewards and faster progress.

How to increase march capacity

Increase HQ points: If you don’t increase your HQ points, your options in the game are limited.

Not only do HQ points affect your march capacity but they also play a part in the maximum level of your command station, which directly affects the capacity of your rally.

Continuing to upgrade your Headquarters and making sure the command station is at the same level can help increase march capacity.

Research march capacity: Under the Battle Tree, you should notice the March Capacity line of the research section.

This can be used to directly increase how many troops get sent on marches.

There are 6 stages that need to be completed and they are also tied to your HQ level.

Once completed, you could increase the March Capacity by 32,000.

Choose or upgrade the right Hero: All the heroes have the opportunity to increase your March Capacity, but some will increase it more than others.

When choosing a hero, legendary heroes offer a higher march capacity buff than elite and epic heroes do.

Use march capacity-boosting items: There are different items in State of Survival that boost your march capacity by a percentage.

The Mega March Capacity Boost (8h), for example, boosts your march capacity by 12% for eight hours.

How to increase number of march slots

You can get more march slots in State of Survival by researching the technology leadership in the Research lab.

To get access to each of the leadership research levels that unlock another marching slot, you need to upgrade your Headquarters.

Marching is one of the most important tasks in State of Survival.

Marches allow you to send your troops to locations to fight for resources and items.

Furthermore, marching to defeat enemies helps you progress, and is in some cases required to unlock a new part of your base or to complete a specific mission.

We recommend using your marching slots as much as possible, as it allows you to passively earn great rewards while you do something else.

That’s how to increase march capacity and the number of march slots in State of Survival!

State of Survival – How To Increase Battle/Troop Power